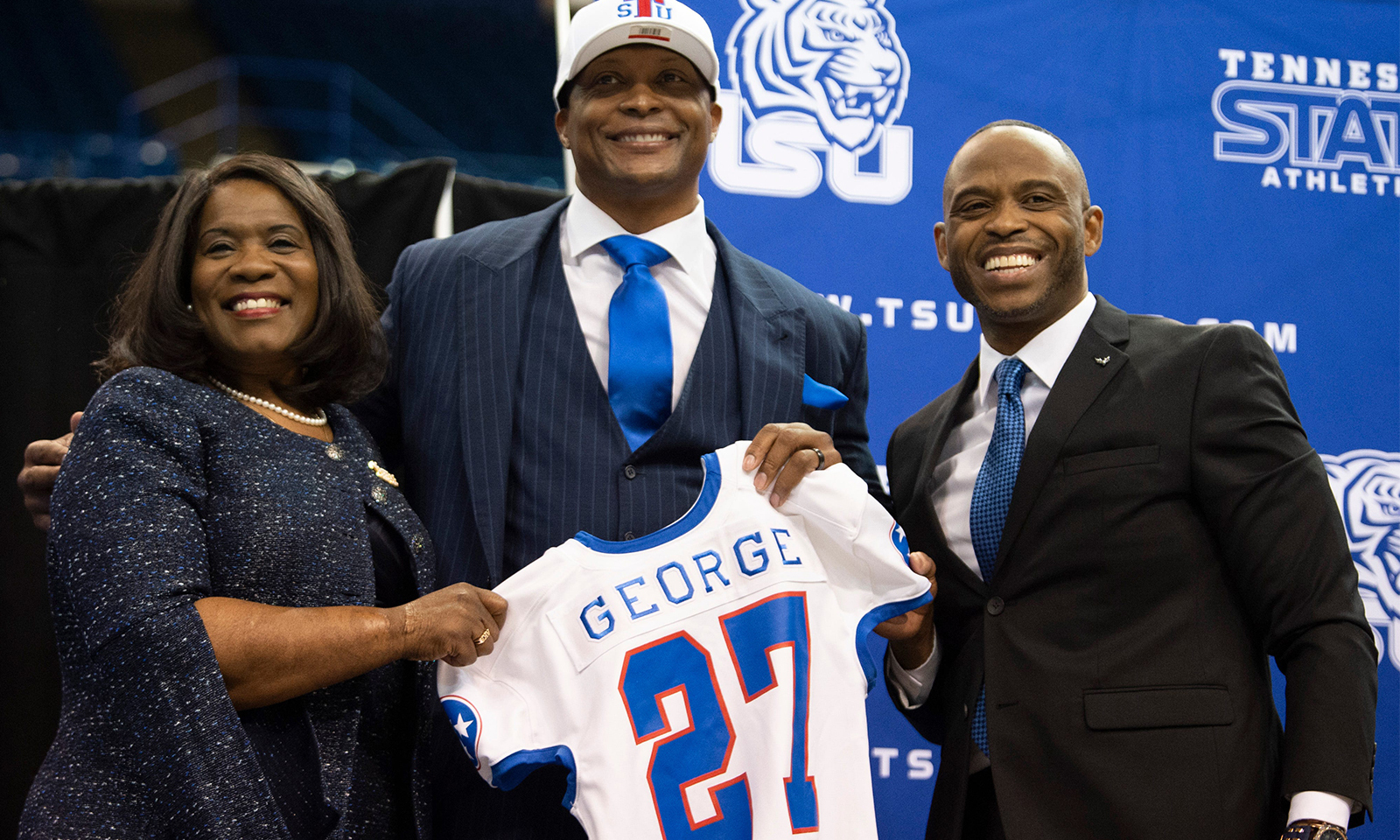 Eddie George and the Tennessee State Tigers landed 5th out of seven in the Ohio Valley Conference preseason football rankings. This came as a surprise to many as the Tigers, now being led by former 4x NFL Pro Bowler Eddie George, is headlined by eight All-OVC preseason selections.

DEVON STARLING ON THE RISE

Despite the low ranking, the Tigers will be bringing the kitchen sink to the field this Fall. The team is returning last year’s OVC co-freshman of the year running back Devon Starling. Starling surely lived up to his name as he lit up the field last Spring, rushing for 647 yards and three touchdowns in seven games. Starling led all FCS freshmen in rushing last season. Tigers Head Coach Eddie Georgie had his number retired with the NFL’s Tennessee Titans after dominating the running back position. It will be interesting to see the development George can provide to Starling as he looks to lead the backfield again.

“A lot of pressure is going to be on Devon Starling,” George said. “I’ve challenged him not just to exert his physical attributes on the field, but become a true student of the game.

THE TIGERS OFFENSE IN LOADED

The Tiger’s offense received OVC pre-season honors across the line. Full-back Benjamin Johnson and wide receiver Cam Wyche were named to the list along with lineman Cam Durley. Wyche posted 22 receptions, 456 yards, and two touchdowns last season as a redshirt sophomore. The Tigers will have a good one-two punch in the backfield with the Starling and Johnson working behind a line led by Durley. Tennessee’s kicker Antonio Zita Will continue to help the offense as he cleared 14 field goals last season, including an FCS-best 62-yarder. Zita received conference honors on special teams.

“Our identity, our culture will be made by how we run the football,” said George. “And we’re going to be unapologetic about it, we’re not going to be secretive about it.”

THE DEFENSE WILL HOLD ITS OWN

The identity may be on offense but defense wins championships and the OVC honored three Tigers with pre-season defense recognition. Tackle Davoan Hawkins, linebacker James Green, and safety Josh Green will be headlining the Tigers defense this Fall. Johnson tallied 32 tackles, five sacks, and two forced fumbles as a redshirt freshman. James Green added 28 tackles, five tackles for loss, and an interception as a redshirt sophomore. Josh Green put up 39 tackles, and three interceptions as a redshirt sophomore.

Tennessee State finished 2-5 last season and will be on a mission to turn things around quickly this Fall. With a new regime and talent on both ends of the ball, this could happen sooner than some expect.