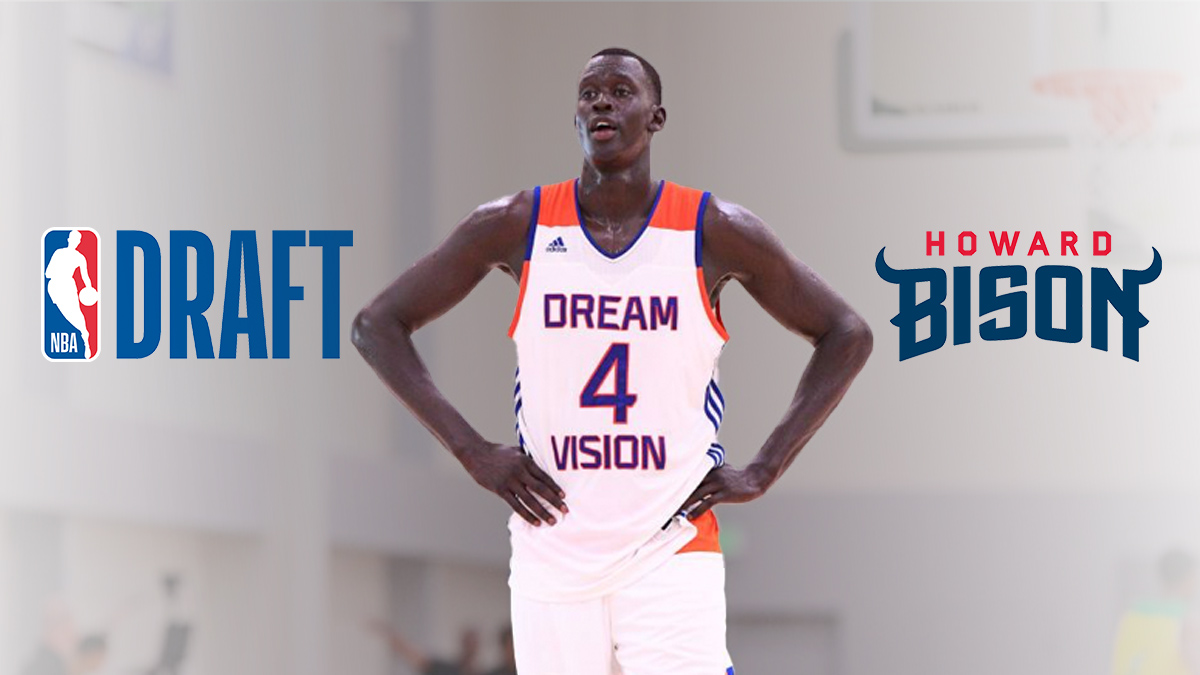 Howard University freshman Makur Maker got a chance to show NBA scouts what he can do at the Draft Combine.

Among the 69 invitees, Maker was the only participant representing a Historically Black College and University (HBCU) at The Combine.

During the first couple days, Maker displayed his shooting abilities at 6-foot-11 while topping all centers in the shuttle run (3.28).

In Thursday’s (June 24) televised scrimmage on ESPN2, the big man provided a spark off the bench and finished with a team-high nine points and four boards.

The NCAA tabbed July 7 as the withdrawal date for the 2021 NBA draft, according to CBS Sports’s Jon Rothstein. Any player who previously declared for the draft will have to announce his decision to return to school by July 7, 10 days after the completion of the draft combine, if they choose not to turn pro.

Makur Maker has the option to return to Howard.

The Combine is an important step in the draft process for NBA prospects, leading up to the 2021 NBA Draft (July 29). Players conducted interviews with NBA teams and participated in five-on-five games, and shooting, strength and agility drills (June 22-25). ESPN2 (June 24) and ESPNU (June 25) provided coverage of the five-on-five games.

In 2020, Maker was listed as the No. 16 player in the ESPN Top 100 and chose HU over several offers from perennial powerhouses, including UCLA and Kentucky.