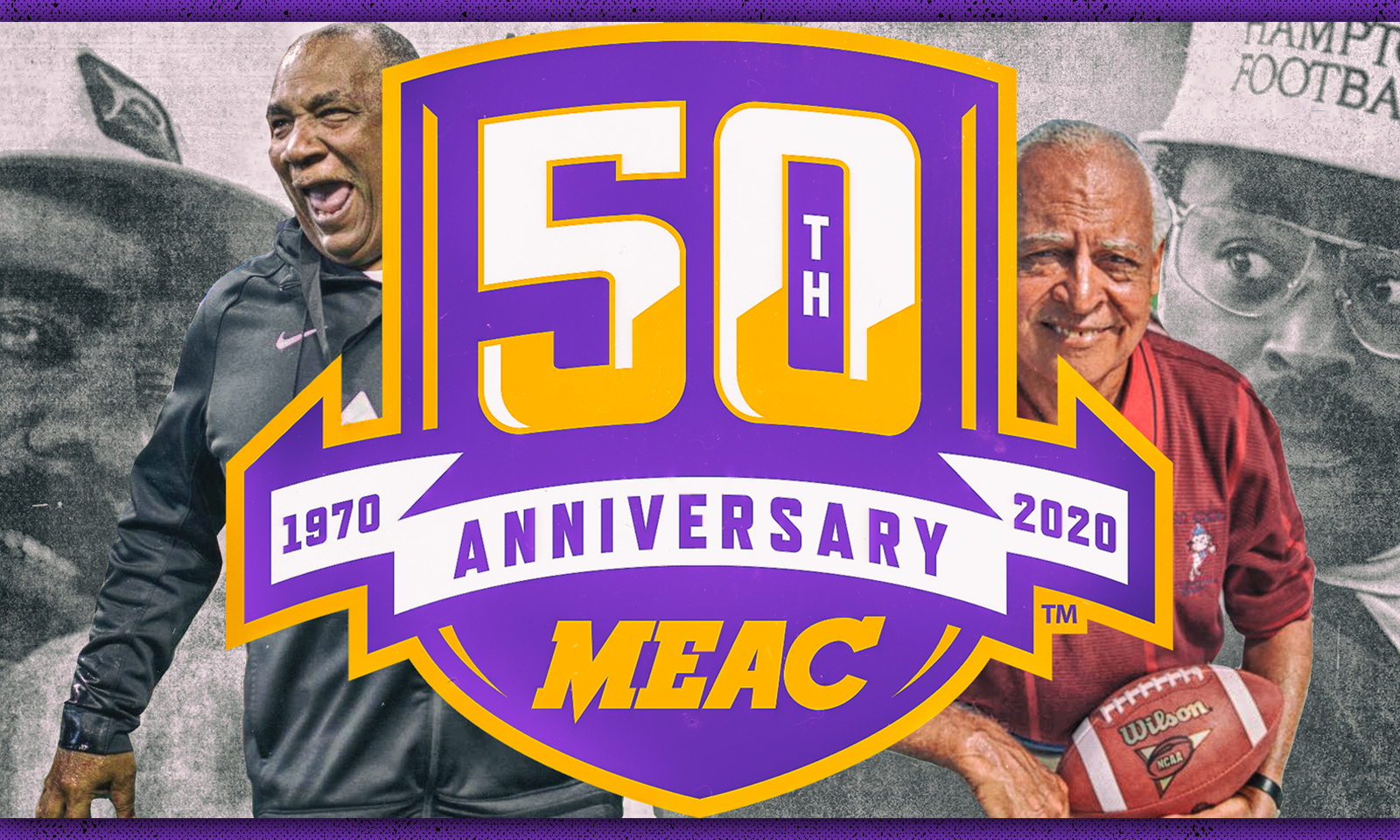 Who was the greatest head coach in the first 50 years of MEAC football? Check out the credentials and cast your vote.

In seven years as NCAT’s head football coach between 2011-17, won three (3) conference championships while compiling the best winning percentage in Aggie football history (.728)…led the Aggies to two (2) Celebration Bowl victories in two appearances, including a win in 2017, when the Aggies finished the season 12-0 to become the first NCAA Div. I HBCU team to finish undefeated…led the Aggies to the 2016 NCAA Div. I FCS Playoffs…his teams captured a MEAC title in three of his last four years as a head coach (2014, 2015 and 2017)…was named MEAC Coach of the Year in 2017 and his Aggie teams were named Black College National Champions in 2015
and 2017.

In seven seasons as head coach of the Bulldogs, won four championships while compiling records of 27-7 in the MEAC and 54-25-1 overall…led Bulldogs to two appearances in the NCAA Div. I-AA playoffs, going 2-2
between 1981 and 1982…named MEAC Coach of the Year two (2) times (1980 and 1981) and SBN National Black College Coach of the Year in 1980…compiled two 10-game winning seasons…coached 50 All-Conference performers, including three (3) MEAC Players of the Year…also coached 21 All-Americans…his Bulldogs were crowned SBN Black College National Champions in 1981…a 1995 MEAC Hall of Fame Inductee.

Served as the Aggies’ head football coach from 1988 to 2002, compiling a record of 60-42 in the conference and 106-64 overall…is NCAT’s all-time leader in victories…named MEAC Coach of the Year a total of two (2) times (1991 and 1999)…led the Aggies to two (2) NCAA Div. I-AA playoff appearances, including a playoff win in 1999 over the No. 1 team in the nation (Tennessee State)…also led the Aggies to a bowl game in 1992…coached NFL first-round draft pick Jamain Stephens as well as Brad Holmes, who would go on to become the first HBCU graduate in any major sports league to be hired as a general manager (Detroit Lions in 2021).

In 11 seasons as head coach of the Rattlers (1994-2004), won four MEAC championships and led the program to six consecutive NCAA Division I-AA (FCS) Playoff appearances…advanced to the Div. I-AA national semifinals in 1999…led the Rattlers to their first playoff victory since winning the inaugural national championship in 1978 when the 1998 team notched a win in the playoffs…led FAMU to one (1) Heritage Bowl appearance, that coming in 1995 compiled a record of 56-17 in the conference and 86-46 overall while coaching the Rattlers…named MEAC Coach of the Year three (3) times (1995, 1996 and 2001)…inducted into the College Football Hall of Fame in 2007.

Is B-CU’s all-time winningest coach in both sports…went 90-54 in football, winning the 2002 MEAC championship 1998 MEAC Coach of the Year (football)…won the 1998 Heritage Bowl…was 245-207 as women’s basketball coach from 1978-95, winning the 1984 MEAC Tournament title and being named Outstanding Coach…2016 inductee into the Bethune-Cookman Athletics Hall of Fame…2020 inductee into the MEAC Hall of Fame.

To be considered on the ballot, coaches must have served as a head coach in the MEAC for a period of at least four (4) years, must have won at least one (1) MEAC championship and must have had a winning record.

View the complete list of the 50 outstanding coaches throughout the conference’s history.here..