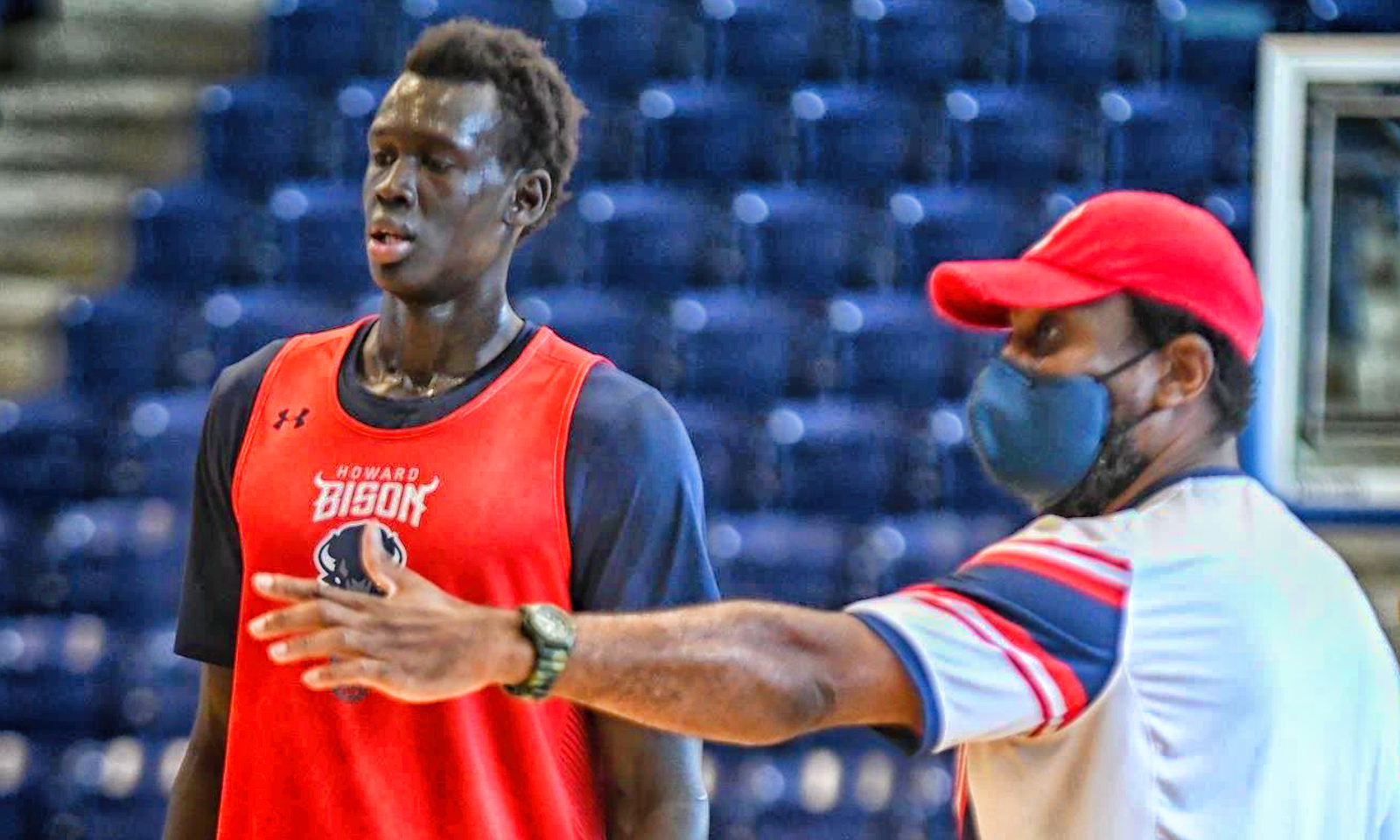 It appears Makur Maker may not return to Howard University this fall. The former five-star recruit has entered his name in to the NBA Draft.

The Howard University chapter of the Makur Maker basketball saga just might be over.

The former five-star recruit has reportedly decided to enter the NBA Draft, according to ESPN’s Adrian Wojnarowski. He will not hire an agent, according to the report, leaving the door for him to return to the college ranks.

Maker shocked the basketball world last July when he picked Howard University over the Power Five programs looking for his services. He was the 16th ranked player in the 2020 high school class according to ESPN, the highest-rated prospect ever to sign with an HBCU out of high school.

Maker’s choice garnered national attention from media that had otherwise had ignored HBCU sports in general and basketball in particular. It also brought forward many discussions and debates in many different forms.

He would go on play two games with Howard before a groin injury sidelined him in late November. Maker played 48 minutes over those two games, averaging 11.5 points and six rebounds.

Then he caught COVID-19. Then Howard basketball had to endure several pauses before ultimately pulling the plug on the season.

“I know that I’m good,” Makur Maker told the Washington Post. “I know if we close the gym, I know that I’m going to compete, and I’m going to be the best player walking out. People don’t really look at it like that. So if you look at it and say that I played two games and I didn’t bring what I wanted to bring to Howard, that’s that. I can’t change your mind, but you have to come see me in person. You’ve got to see me play, and that’s definitely going to happen. And I’ll be ready to show you who I am.”

There is a chance that Maker could come back to Howard. But even if he doesn’t his choice to come to an HBCU opened a lot of eyes and created a lot of dialogue around HBCU basketball.