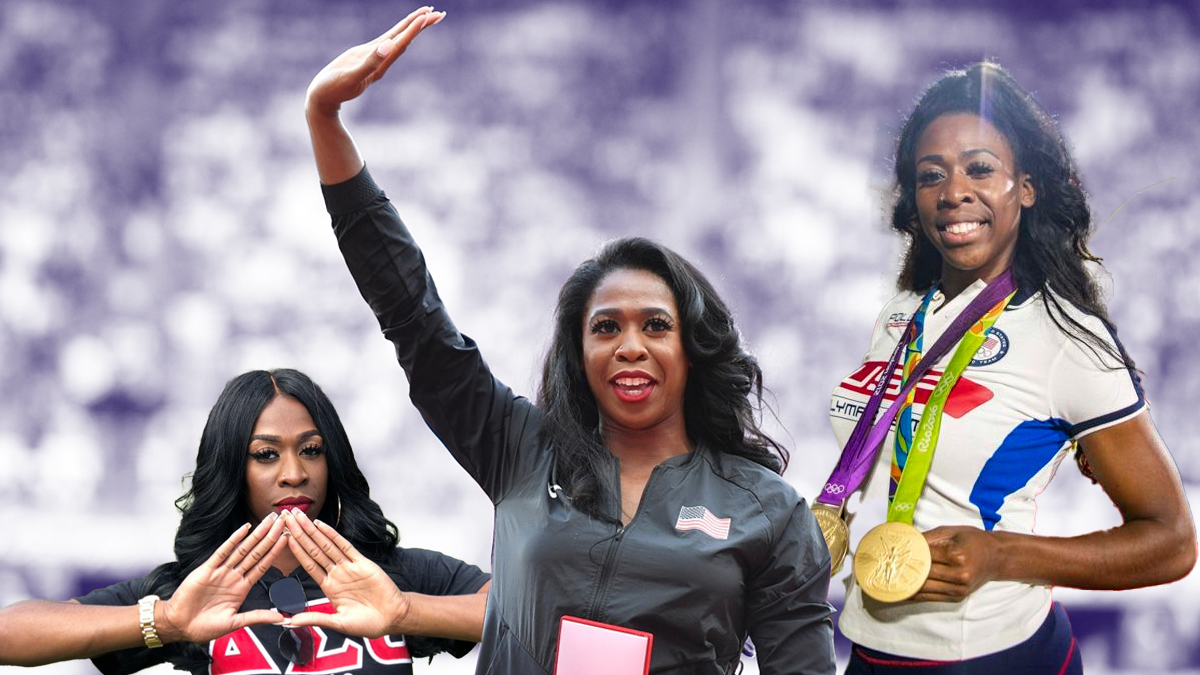 Francena McCorory chose to go to Hampton University over bigger schools and she leaves the track game with two gold medals and her own legacy.

Francena McCorory, a two-time Olympic gold medalist, is hanging up her spikes.

The Hampton alumna announced on Monday that she is retiring from track and field competition. She made her retirement announcement via Twitter.

“I really enjoyed my track and field career,” she tweeted. “Most people can’t (say) that they made one Olympic Games, let alone two. And I came out with gold both times at that. I’m proud of myself either way. But now it’s retirement summer.”

McCorory’s retirement announcement comes on the heels of her preliminary round exit at the Olympic Trials in Eugene, Oregon where she was looking to make her third-consecutive Olympic appearance. The 400m was eventually won by Livingstone’s Quanera Hayes. McCorory had just a handful of races in the past few years before competing in Eugene on Friday.

After a prolific career at Hampton’s Bethel High School, she picked nearby Hampton University to compete at as a collegian. She excelled at the 400m, winning the 2009 Indoor Track and Field Championship and finishing third in outdoor. The following year, she set an NCAA record by running 50.54 to repeat as indoor champion. She would go on to win the outdoor title as well to cap her collegiate career.

And she was just getting started.

Two weeks later she ran a career-best at the USA Outdoor Track and Field Championships, finishing second. She came in second again during the 2011 USA Outdoor Track and Field Championships. The following year she qualified for the Olympics, competing in the 400m and the 4x400m relay team. She ran as third leg on the relay team and won her first gold medal along with DeeDee Trotter, Allyson Felix and Santa Richards-Ross.

Francena McCorory had a banner 2014 season. She brought home double-gold at the World Indoor Championships (400m and 4×400) and set a personal best with a 49.48 to knock off Sanya Richards-Ross for the outdoor title.

The Rio Games of 2016 saw McCorory bring home yet another gold as the third leg of the USA Relay.

The 32-year-old certainly left her mark on track at Hampton University, the MEAC and international competition.