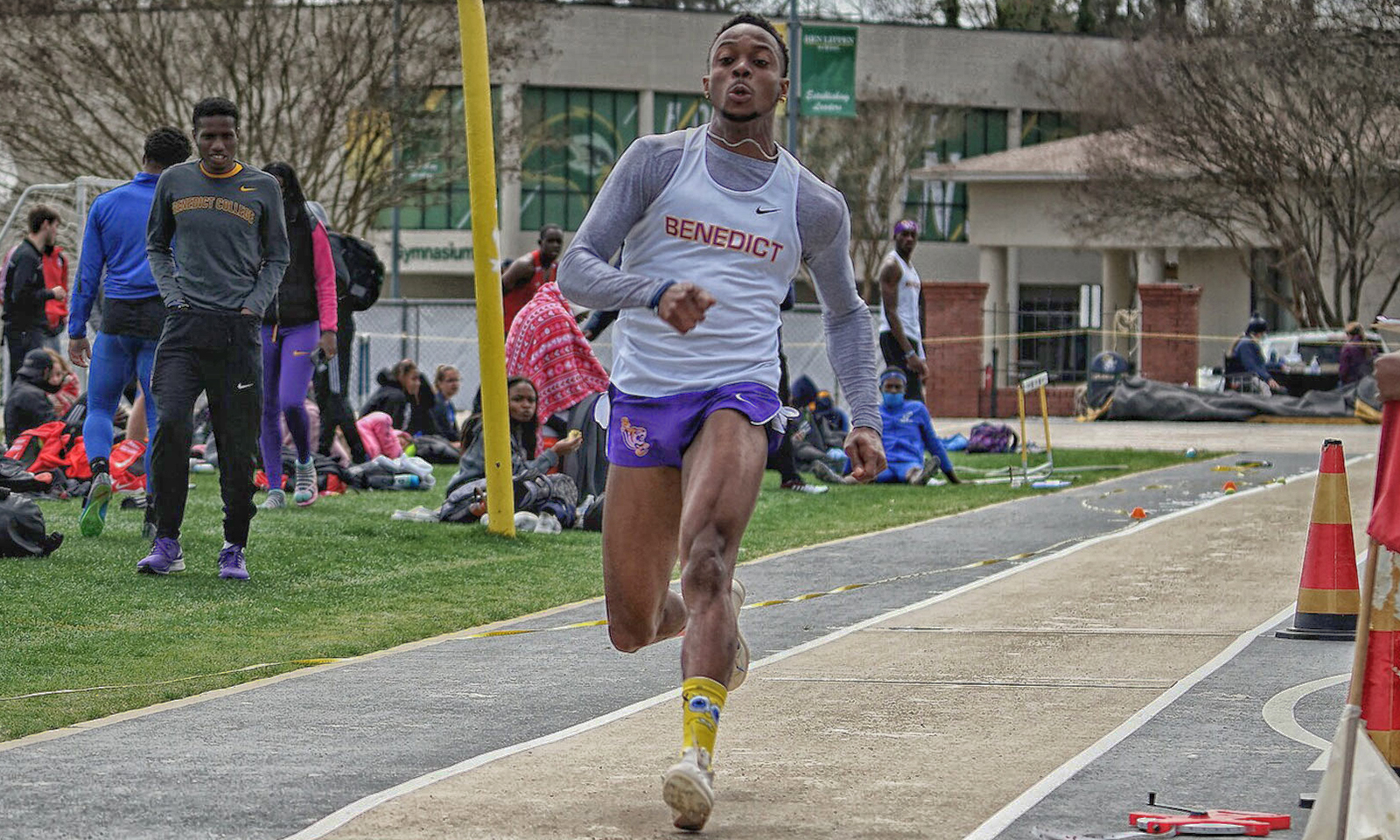 After fouling on his first attempt, Miller jumped a season-best 15.79 meters (51 feet, 9 ¾ inches) on his second attempt. That mark held up to win the event, beating silver medalist Oghenefejiro Onakpoma from Southern Connecticut State, who recorded a jump of 15.68 on his first attempt. Dakota Abbott of UC-Colorado Springs, who entered the event as the top seed, finished third, marking a jump of 15.63 meters on his final attempt.

“I’m really overwhelmed,” Miller said from Michigan, shortly after the awards ceremony. “I’m grateful for the experience and to be called a national champion and to be the first from Benedict is really a great feeling.”

After setting the top distance early, Shemar Miller said it was uneasy to watch the other competitors chase his mark for the rest of the time. Miller fouled on his third and fourth attempts, then recorded marks of 15.34 meters and 15.65 meters on his fifth and sixth attempts.

“I was very nervous. Some people probably still had it in the tank. It just worked out in my favor,” Miller said.

Coach Frank Hyland said the strategy going into the event was to try and have his best jump on his first two attempts, and then make the other competitors chase his mark. And that’s exactly what happened. Hyland said Miller’s first jump was even better, but he fouled by a very tiny margin.

“I knew he had it in him,” Hyland said. “I knew he was going to be a national champion, we just had to hope the weather held up, and we finally got some sun today. It was amazing. I almost shed a tear, because it was my first. He’s an over achiever right now, because he did something a lot of people probably thought he couldn’t do. I’m really excited right now.”

On Friday afternoon, Benedict’s other national championship participant, Kimone Reid, competed in the women’s discus throw. She fouled on her first two attempts, then recorded a throw of 42 meters (137 feet, 9 inches) on her third attempt. That was not good enough to advance her to the final round. Zada Swoopes of West Texas A&M won the event with a throw of 53.49 meters (175 feet, 6 inches).Print Friendly Version