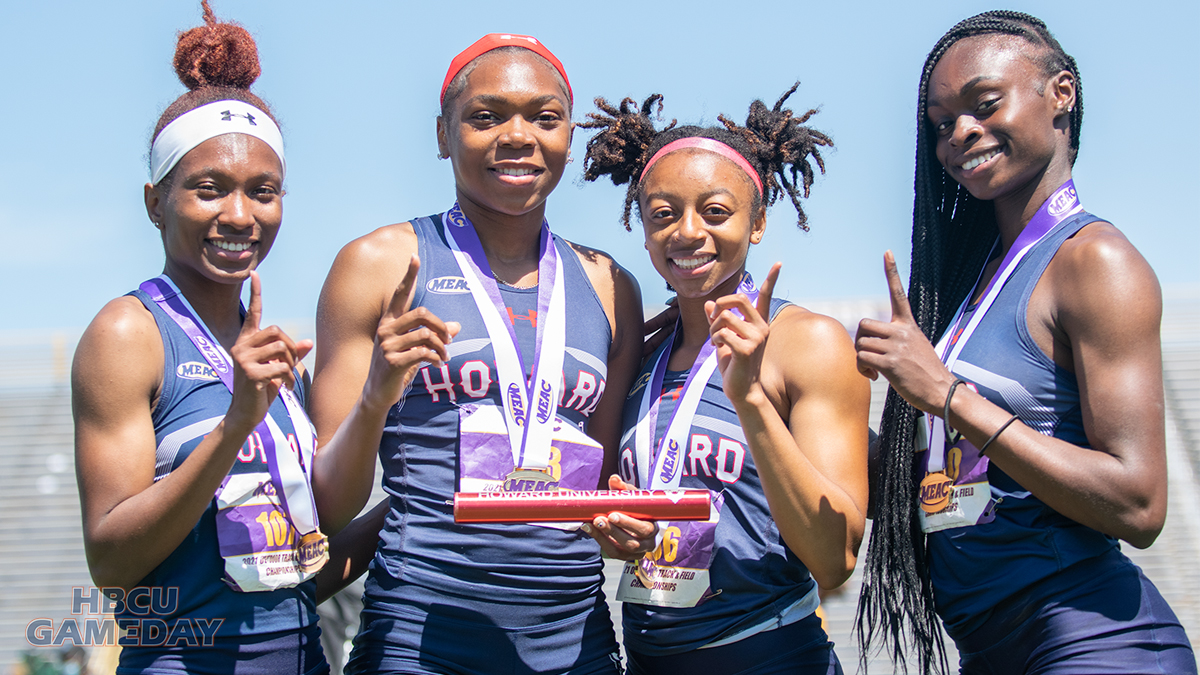 Howard track qualifies for nationals in 4×400

North Carolina A&T was only the second fastest HBCU in the NCAA Track and Field East Regional 4×400 relay on Saturday as Howard punched its ticket to nationals.

JACKSONVILLE, Fla. (May 29, 2021) – Howard University women’s 4×400 relay squad capped off Memorial weekend punching their ticket to Eugene, Ore., at the 2021 NCAA Outdoor East Preliminary Round inside Hodges Stadium, on the campus of the University of North Florida.

“The 4×400 relay run was spectacular,” said Director of Track & Field David Oliver, who competed in the 2004 NCAA Nationals (Austin, Texas) where he earned All-American honors in the 110-meter hurdles. “Not only did they qualify for the NCAA Nationals, but they took down a 35-year-old school record. This can only be attributed to their hard work and dedication.”

With their efforts, the four Bison became the first relay squad to clinch a spot at the NCAA Nationals since 1990.

“This season, we only had the team for five months of formal training, which put us behind the eight ball,” Oliver added. “But this group made it to this point, showing their self-belief in themselves. They represented Howard University extremely well this week.”

Gbai and Wright also competed individually in the NCAA Quarterfinals, but just missed reaching Eugene. The Philadelphia native took part in the 200-meter dash, finishing 15th overall with a 23.10 time, while the Tar Heel product posted a new personal best (58.04) in the 400-meter hurdles despite coming up short.

“Individually, we had some solid performances today,” Oliver stated. “Gbai and Wright ran some of their best times, but unfortunately, they weren’t enough to advance beyond this round. I’m extremely proud of their efforts in their individual events.”

All-American Landria Buckley is the last individual to represent the Bison on the big stage (2010).

Howard track qualifies for nationals in 4×400