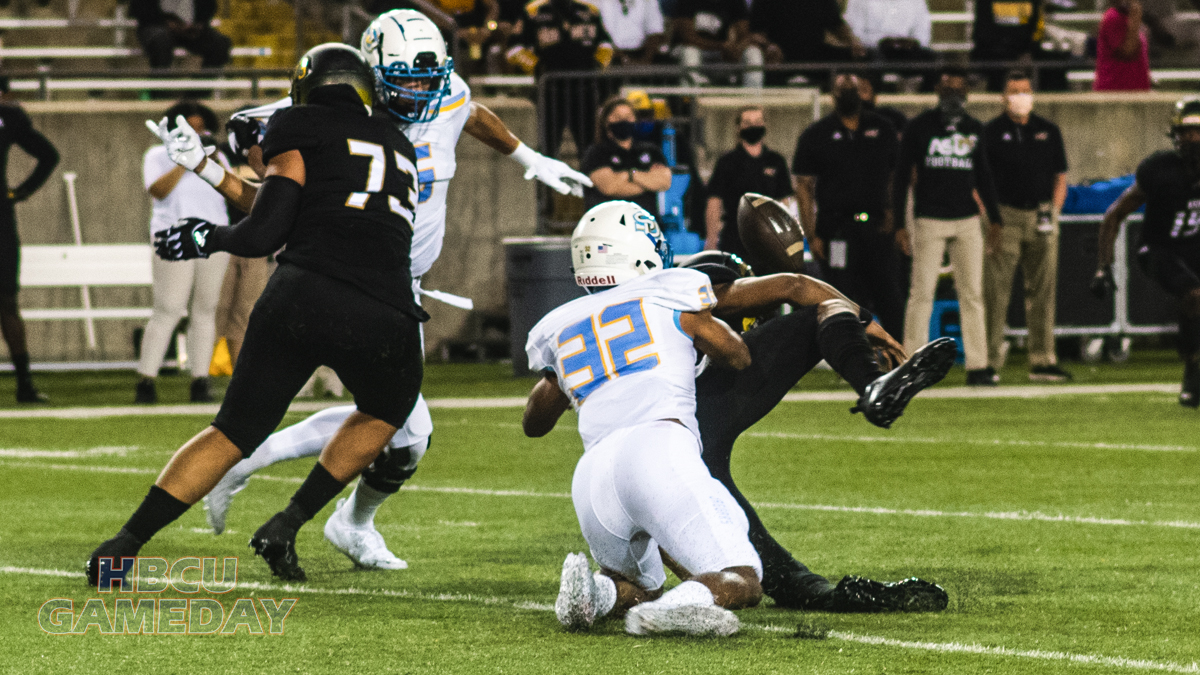 Southern University’s Jordan Lewis made history by winning the Buck Buchanan Award, given out to the top defender in FCS football.

The SWAC is not supposed to be a defensive league, but don’t tell that to Jordan Lewis.

The defensive end from Southern University was named the spring 2021 winner of the STATS Buck Buchanan Award. The award is given to the top defensive player in FCS football.

Lewis, a 6’3, 195-pound defensive end is most definitely deserving. He finished with 10.5 sacks during the spring. That’s an impressive total for an entire season, let alone in five games.

The Ocala, FL native led the SWAC and FCS in sacks and tackles for loss with 15.0 for 82 yards. He finished the spring season with 27 tackles, 19 solo tackles, 15.0 TFL, and a forced fumble in addition to his sack totals.

Lewis started the season on fire, recording 11 tackles and four sacks against Alabama State. His performance not only earned him Player of The Week honors, but also recognition from Alabama State head coach Dr. Donald Hill-Eley.

“We tried different things of chippin’ him, slowing him down. And some of the stuff was successful, but the kid’s a great athlete,” Hill-Eley said. “When we start chippin’ him, he started spinning inside and still making plays, getting pressure. He was disruptive, no question about it.”

The Buck Buchanan Award is named after a former Grambling State lineman who went on to star in the AFL and NFL with the Kansas City Chiefs. Ironically, Lewis is the first player from the SWAC to win the award, which has been given since 1995. North Carolina A&T’s Chris McNeil, Bethune-Cookman’s Rasean Mathis and Norfolk State’s Deon King have all won the award previously.