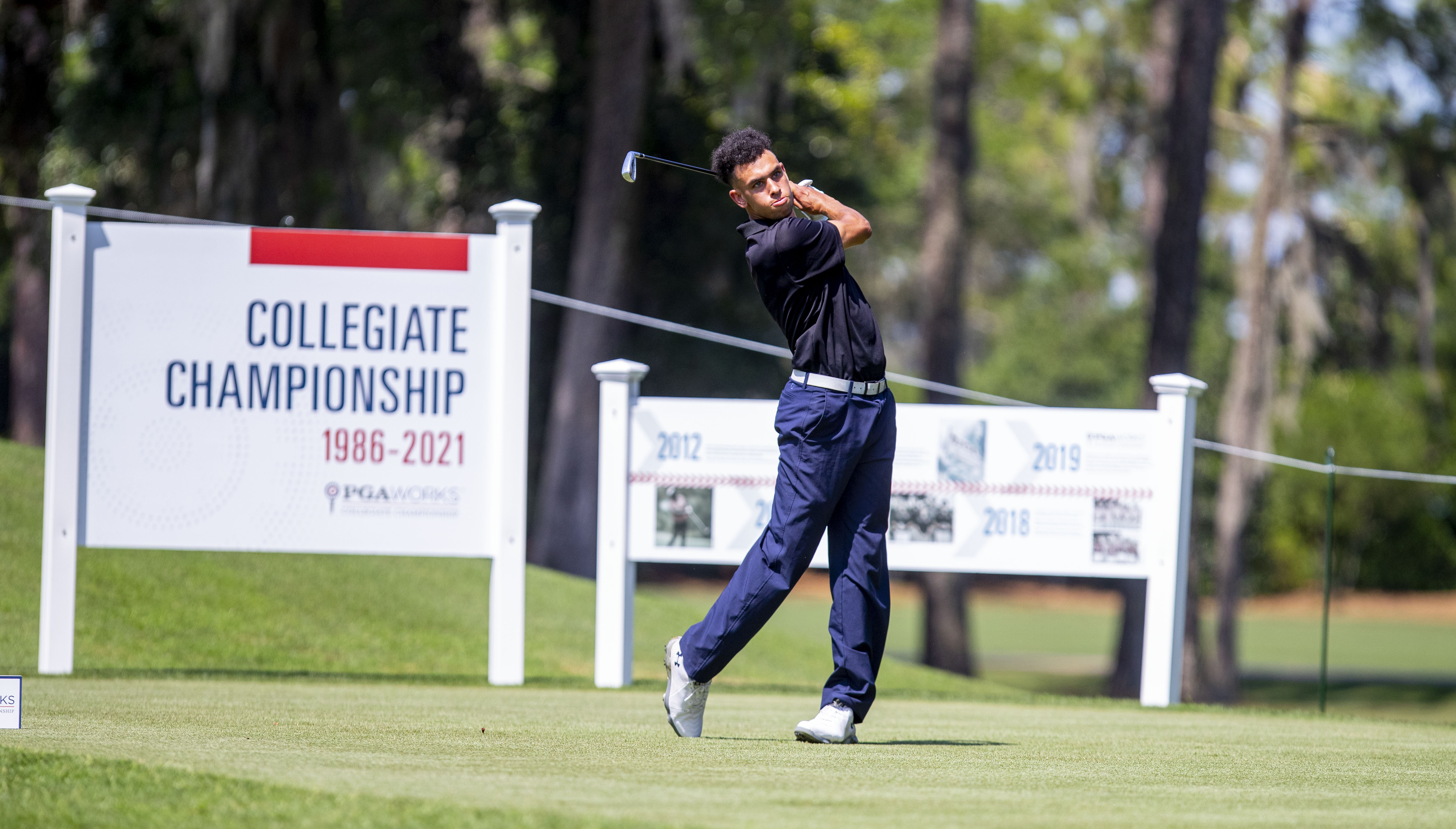 The PGA Works Championship features Division I and Division II HBCUs. The competition has been hot and heavy so far.

It will be some kind of finish tomorrow at the TPC Sawgrass as Miles College, currently leading the tournament for Division-II, tries to hold off Livingstone College and Savannah State for the PGA Works Collegiate Championship.

In a back-and-forth day where Livingstone led for most of the round, Miles came charging back on the TPC Sawgrass Stadium Course.  The Golden Bears sit at +63 for the tournament just ahead of the Blue Bears who hold at +66.  The Savannah State Tigers are within striking distance at +73.

In the PGA Works women’s division, Texas A&M Corpus Christie is firmly out front at +40.  The Delaware State Hornets are trailing them at +63.  Rounding out the field is Texas A&M Kingsville (+83), Alabama State (+86), North Carolina A&T (+94), Prarie View A&M (+97), Lincoln University (+108) and Savannah State (+112).  The women also played on the Stadium Course today and will play their final round at the Valley Course.

Bison in a battle for the PGA Works DI trophy

On the Division-I side, the Howard Bison are maintaining their lead after Day Two.  The Bison hold a one-stroke lead over Prarie View A&M.  Howard leads at +38 with Prarie View on their tails at +39.  The Hornets of Alabama State have crept up the leader board and tied the struggling Rattlers at +46.

North Carolina A&T comes in at +52, Arkansas Pine Bluff sits at +59, Tennessee State cards +61 and North Carolina Central and Chicago State round out the field at +75 and +77 respectively.  The Division I round was played on the Valley Course today and will return to what is sure to be a PGA challenge set up on the Stadium Course tomorrow.