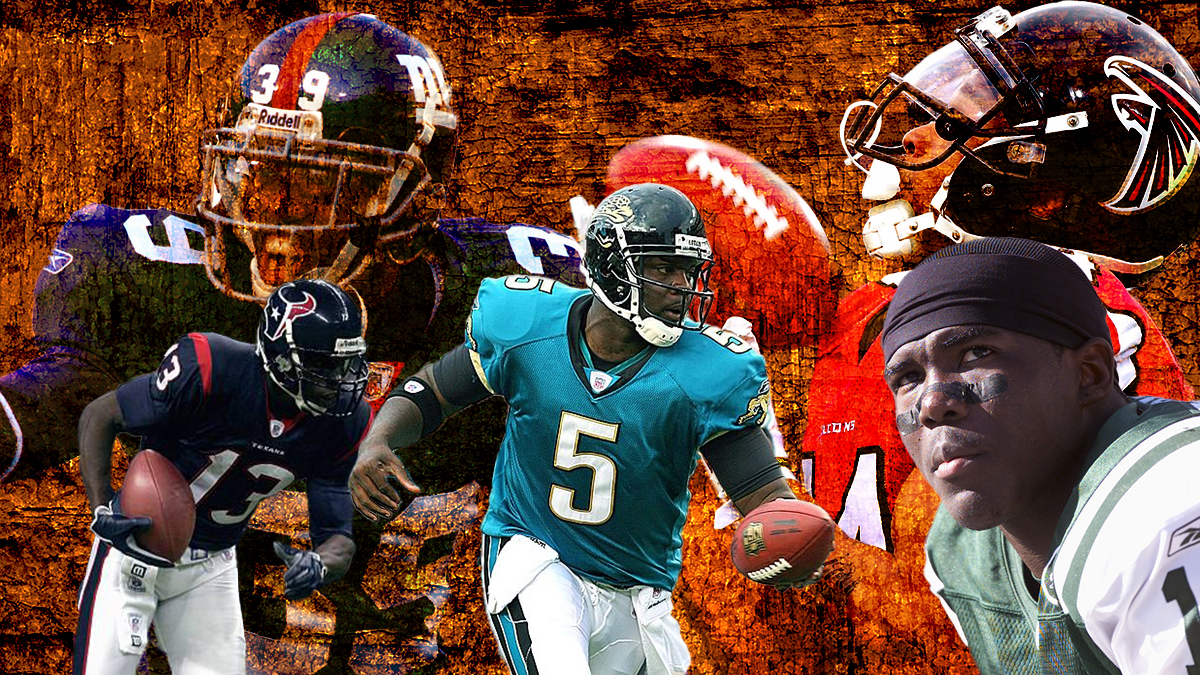 Every one wants to hear their name called in the NFL Draft. But just because it doesn’t happen doesn’t mean its the end. Ask these HBCU legends

It’s no longer breaking news — no HBCU football players were drafted in 2021.

This isn’t the first time — in fact, it’s the ninth time since 2000 that none were picked. And, unfortunately, it probably won’t be the last time.

As disappointing and upsetting as that is, it doesn’t mean that there is no hope for this crop of HBCU talent. Several of them have already signed as undrafted free agents. While every athlete who plays football on any level dreams of hearing their names called in the NFL Draft, going undrafted doesn’t mean these players won’t be able to achieve success.

We looked at the NFL Draft through the same period (2000-2021) and found several success stories from HBCU players who didn’t hear their names called. Here are a few. Catch the others in Part II.

Woodbury was a superstar in the CIAA, leading his team to back-to-back titles as a quarterback. Mel Kiper thought he was a potential sleeper in the draft, but he wasn’t picked. Instead he signed with the New York Jets, who used him as a utility player for a few seasons. He spent time with the New Orleans Saints and Buffalo Bills over the next couple of years.

Eventually, he got into coaching, working at Delaware State and Johnson C. Smith (Offensive coordinator) before joining the Rams as a scout. Today, Woodbury is an assistant special teams coach for the Los Angeles Rams.

Gray spent his college days guiding Billy Joe’s “Gulf Coast Offense” at Florida A&M. That didn’t translate into being drafted, but he found a home with the Jacksonville Jaguars. He spent some time in NFL Europe, leading the Frankfurt Gallery to the World Bowl.

He spent most of his career as the backup to Byron Leftwich and David Garrad before becoming an unrestricted free agent after the 2007 season. He spent time with several other teams before getting into coaching. Gray is currently the quarterbacks coach at Alcorn State.

Deloatch was an All-American as a sophomore at A&T, and excelled at both safety and defensive back. His versatility helped him land with the New York Giants after going undrafted in the 2004 NFL Draft. All he did was play in all 16 games as a rookie and start in 13 games as a second-year player. He was claimed off waivers by the New Orleans Saints and scored the first home touchdown for the Saints in the Super Dome post-Hurricane Katrina.

Mathis spent four years at Hampton, terrorizing the MEAC on the track as well as the football field. He averaged 29.8 yards per reception in 2004 and led D-1AA with a kick return average of 35.1 yards per return. And yet he still went undrafted in 2005. The Houston Texans signed him as a free agent and he immediately paid dividends, making the  Pro Bowl as a rookie. He fractured his left foot at the Pro Bowl, which ultimately hurt his career. But he showed what he did on the collegiate level was no fluke.

Weems was a talented weapon that was used in many ways in Alvin Wyatt’s-run heavy “Wyatt Bone Offense.” He turned himself into a special teams ace at Bethune-Cookman which ultimately led him to NFL success. He signed with  the Atlanta Falcons following the 2007 NFL Draft, sticking around as a special teams player while seeing minimal time at receiver. By 2009 he was returning punts and kicks, and in 2010 he was named to the Pro Bowl.