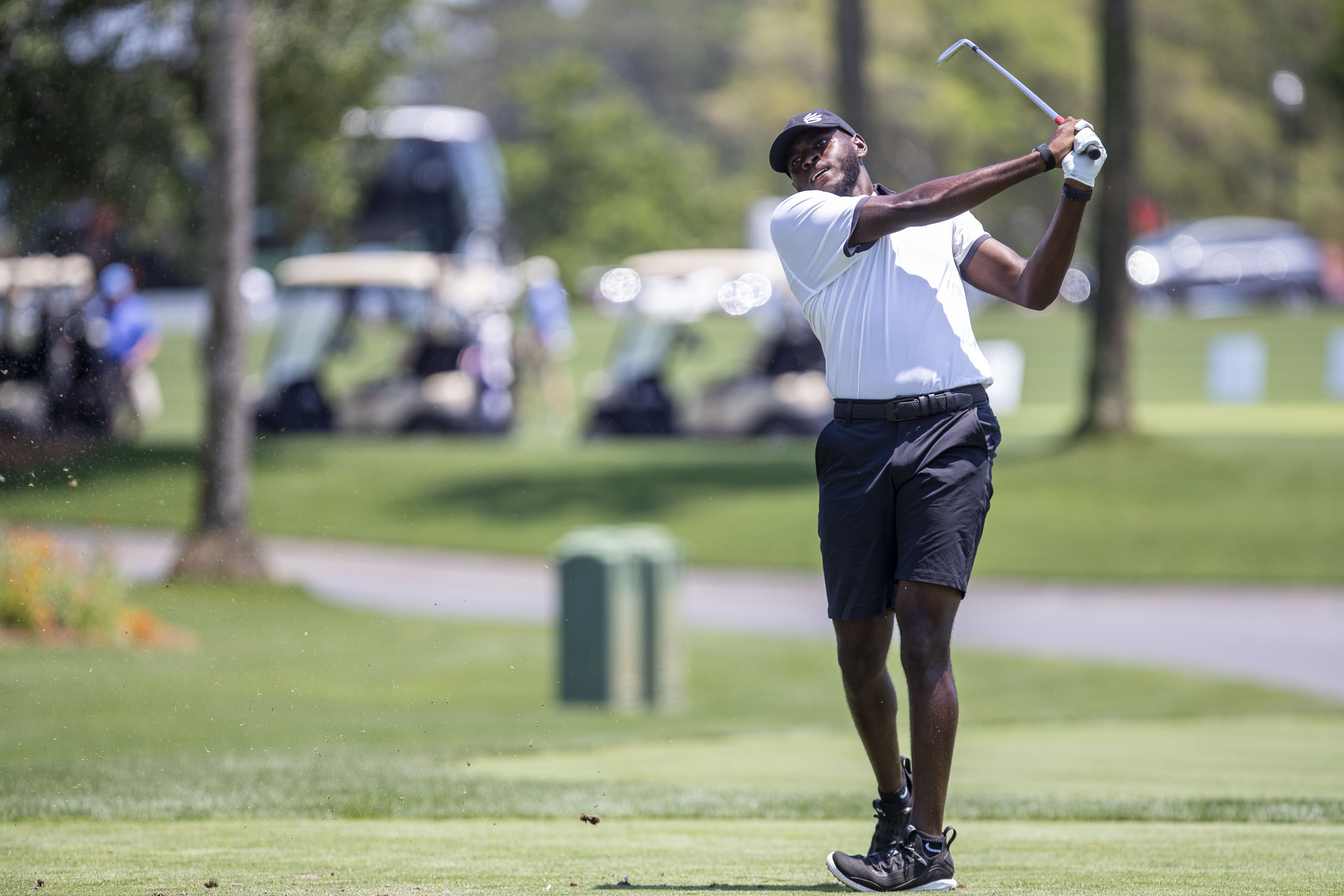 The Howard Bison stampeded into the first day of the PGA Works Collegiate Championship like they’d been here before.  This is the first team in Howard’s storied history after it was given an alley-top from superstar basketball player Steph Curry.

PONTE VEDRA BEACH, FL (May 3)–The Howard Bison stampeded into the first day of the PGA Works Collegiate Championship like they’d been here before.  This is the first team in Howard’s storied history after it was given an alley-top from superstar basketball player Steph Curry.

Don’t tell the players that though. Playing on one of the most storied courses on the PGA Tour, the TPC Sawgrass is home of the “fifth” PGA Tour major which was for years called The Players Championship, but has since been shortened to just The Players.

Firing on all cylinders, the Bison took the lead from the start of day one of three and never relinquished the lead through the end of the day. The Bison finished the opening round with a score of +19, taking a four-stroke lead over the Panthers of Prarie View A&M who finished the say at +23.  Dare we say that the Bison were dropping birdies like Curry drains three-pointers.

The most surprising performance of the day in Division I was the 2021 MEAC Champion Rattlers of Florida A&M, who came in at +27.  Just two weeks prior the Rattlers had dominated the Bison, battling North Carolina A&T for the MEAC crown.  FAMU had an awful start, but rallied to right the ship near the end of the round, setting up for an interesting day two on tomorrow.

Round one was played on the iconic Stadium Course.  Along with lush fairways and pristine foliage, the trademark of the Pete Dye designed course is the island 17th green.  Save for a narrow walkway, the 135-yards to the center of the green is guarded by water on all sides.  It’s typical a pitching wedge or a 9-iron for most players, but the nerves of staring down the pond that engulfs the terrain has brought even PGA professionals to their knees.

Round Two of PGA Works is Tuesday morning. Tomorrow’s update will focus on the Division II, Women’s division and open contenders.