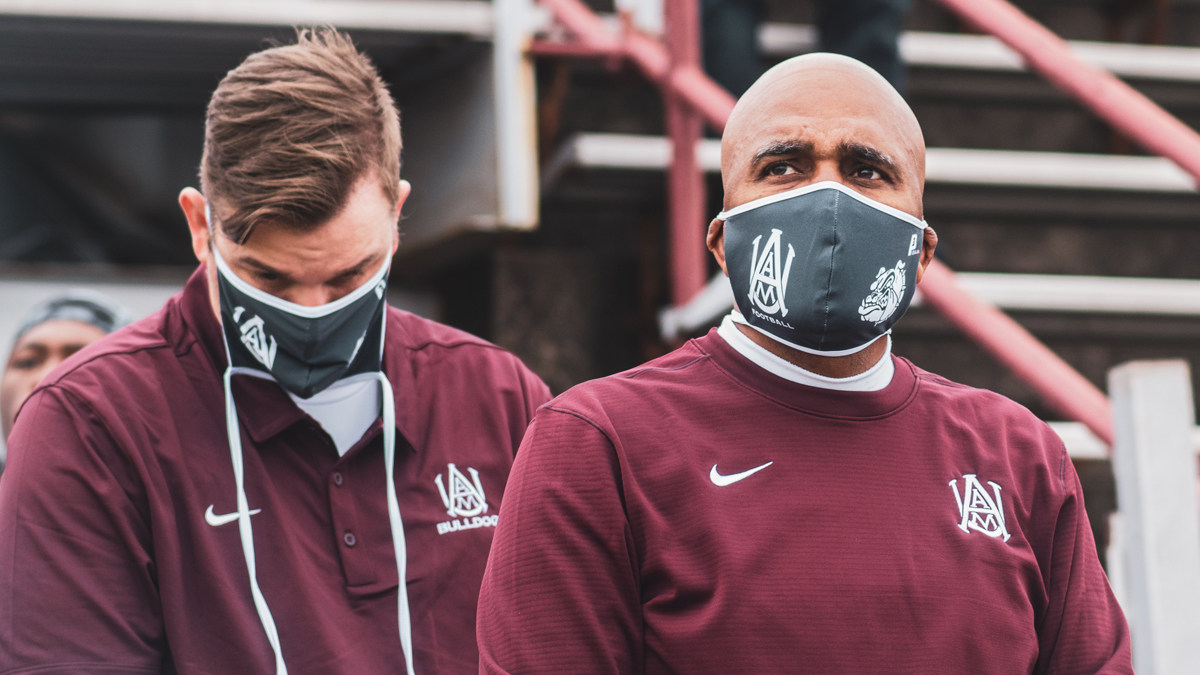 Connell Maynor says he did not go to interview for the Southern job, says he would tell suitors to talk to him after game

It’s been nine years since Connell Maynor coached in a conference championship game. The Alabama A&M head coach has his squad right where he wants it, but also has some unwanted attention.

“I’m focused on my team, not any other team. We’ve been preparing to play in the SWAC Championship (Game) since the day I walked on this campus. This is a special week for us,” he said. “It’s championship week. The people that need to know — my players, my AD, my president — knew I wasn’t anywhere interviewing for anybody.”

As to the question of whether he had been contacted by Southern regarding the position, Maynor didn’t confirm or deny being sought out.

Southern’s position came open last week when Dawson Odums resigned to take over at Norfolk State. Roman Banks, Southern University’s Director of Athletics, told Carlos Brown that interviews are underway and that he hopes to have a coach hired soon.

Connell Maynor also spoke about turning the Alabama A&M program around since he arrived in 2018. The program has gone 16-10 with three consecutive winning seasons after going under .500 for five-straight seasons prior.

Alabama A&M will take on Arkansas-Pine Bluff in the Cricket Wireless SWAC Championship Game on May 1.