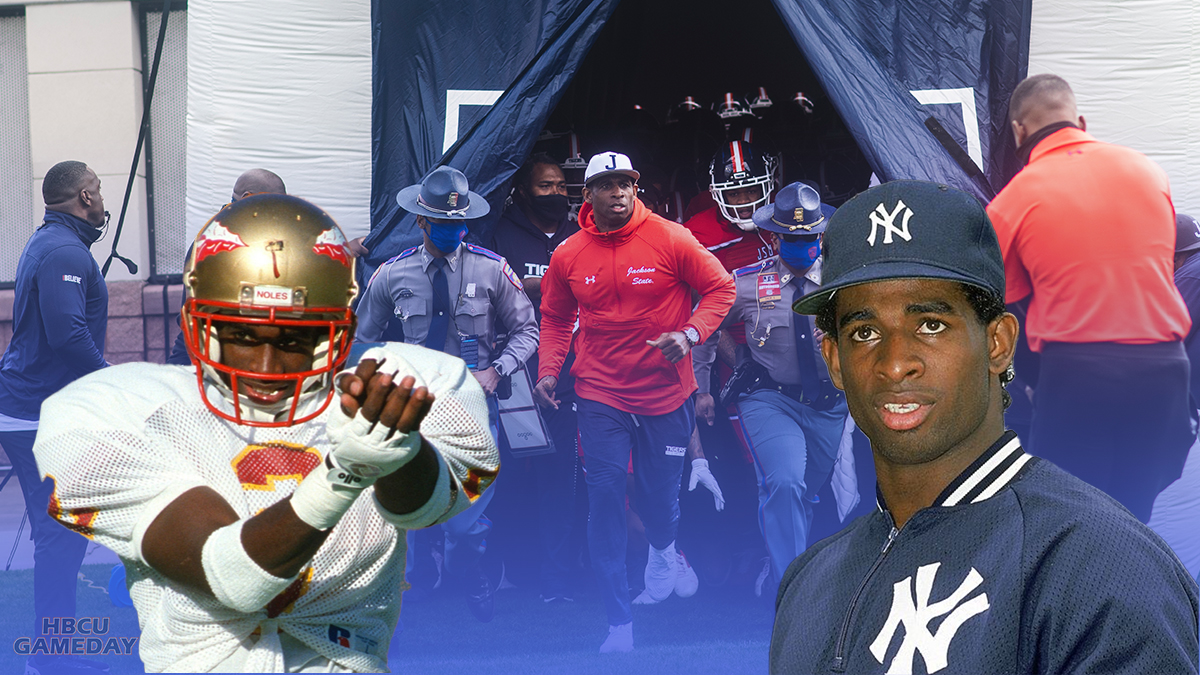 Deion Sanders wants his student-athletes to profit from their abilities while in school, just like he did at Florida State.

Did you know Deion Sanders was a walk-on his senior year at Florida State?

“When I was a junior at Florida State, I left to go play professional baseball that summer for the New York Yankees,” Sanders said during a recent media session. “So, that was sort of like getting paid for your image and likeness. That would cause me to be a walk-on my senior year, and the Yankees — in return — paid for my scholarship.”

Now head coach at Jackson State University, he’s doing his part to make sure that his players can get paid — legally — and maintain their scholarships.

Last month, Sanders met with Mississippi Senator Roger Wicker (R). The two spoke about pending Name, Image and Likeness compensation for student-athletes. Mississippi Governor Tate Reed signed the bill into law on March 31. It goes into effect on July 1, along with the State of Florida.

“It’s gonna happen. It needs to happen. We’ve been waiting for it to happen,” Sanders said. “I’m a component of it. I want to see these guys get taken care of — 100 percent.”

Since being hired at Jackson State, Deion Sanders has always stated that his coming to coach college football was about more than just football. He has said time and time again that he wants to help provoke change. These changes were in the works well before Sanders landed in Jackson, so he’s had his eye on them for a while.

“I want to guide them, lead them, kind of direct them of the pitfalls of the upsides of this thing,” he said. “Because it can go either way. And you’ve got to have someone who can strategically talk to these kids.”

Because of his experience as a college athlete making money, as well as his consistent success as a pitchman, Sanders believes he has what it takes to get the job done for his student-athletes.

We’ve got to be prepared and we’ve got to be ready and that’s attractive to our kids. I want to be one of the first guys in college football — period — not just HBCUs, who roll out a whole rolodex of endorsements for these young men. They really deserve it. And I’m going to try to get it for them, if I can.”