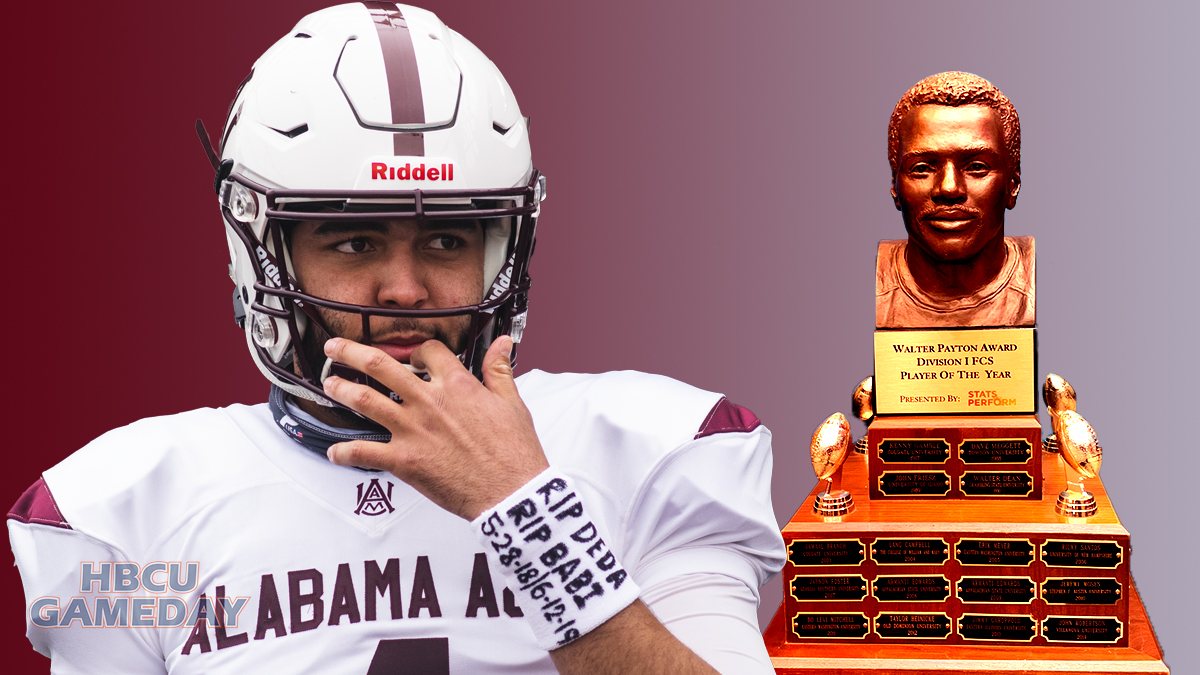 Alabama A&M quarterback Aqeel Glass has been electric in his abbreviated spring 2021 season. Now he’s up for a big award

Aqeel Glass hasn’t had a lot of games to show what he can do, but he’s made them count.

The Alabama A&M quarterback’s work has not gone unnoticed. Monday it was announced by STATS FCS that he is a finalist for the Walter Payton Award. The award, named after the Jackson State legend, is given to the top offensive player in FCS football.

Glass has been sensational all season long for AAMU. He’s completed 59.7 percent of his passes for 1,084 yards and 13 touchdowns in just three games. He’s only thrown three picks all season, all of them coming in the first half of the season opener against South Carolina State.

His best game so far came against Jackson State. Glass completed 27 of 40 passes for 440 yards and threw for six scores with no interceptions. He also rushed for a touchdown that game.

AAMU is currently a perfect 3-0 after beating rival Alabama State on Saturday night. The win secured the SWAC East title for AAMU along with a SWAC Championship birth.

Aqeel Glass is the only HBCU player on the list for the prestigious award. More than that, he’s looking to become the first SWAC or HBCU player period to win the Walter Payton Award since Steve McNair did it back in 1994.