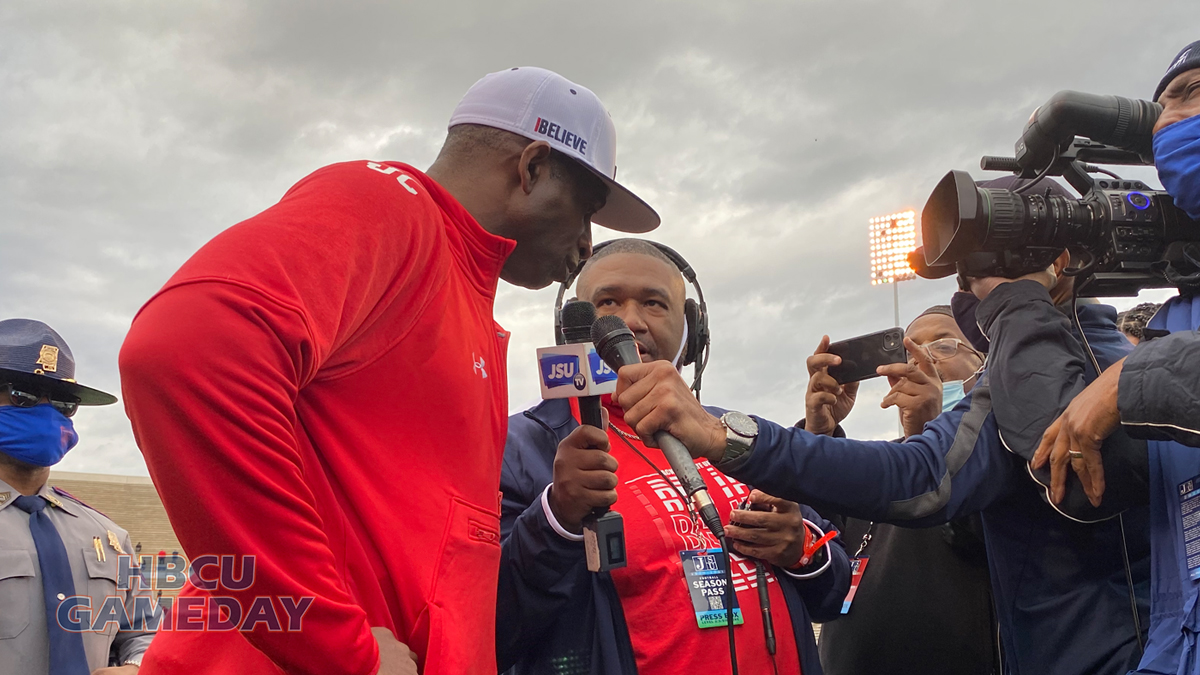 Deion Sanders pushing for college athletes to get paid

Deion Sanders is a big proponent of helping college athletes get paid. He met with a US senator on Thursday to discuss Name, Image and Likness (NIL).

Ever since Deion Sanders was hired at Jackson State, he has been talking about helping college athletes get paid. Not under the table, but over it, via new Name Image and Likeness rules.

The Republican senator who represents Jackson and all of Mississippi introduced a state bill in 2020 to allow student-athletes to profit off of their name. It was part of a tour that Wicker was on across several colleges.

Few folks are perhaps as qualified to influence student-athletes in marketing themselves as Deion Sanders. He’s been in the spotlight for nearly 35 years, since his college days at Florida State when he also played minor league baseball.

Sanders told reporters he and his staff will be able to advise JSU student-athletes on not only how to get endorsements, but how to handle them as well.

“I understand what could potentially happen,” Sanders said via WLBT. “ I understand what we’re trying to accomplish. I understand how to speak into that man’s life that accepts and provokes those types of endorsements so that his head doesn’t explode and he doesn’t alienate his teammates. It comes with wisdom and understanding and we have a tremendous staff that can keep them on the right path.”

Student-athletes could start profiting off NIL rules as early as August. Last month Sanders posted a video in which he showed his players vehicles that were given to him. He told the players that when it was possible, he wanted to help them do the same.

Deion Sanders pushing for college athletes to get paid