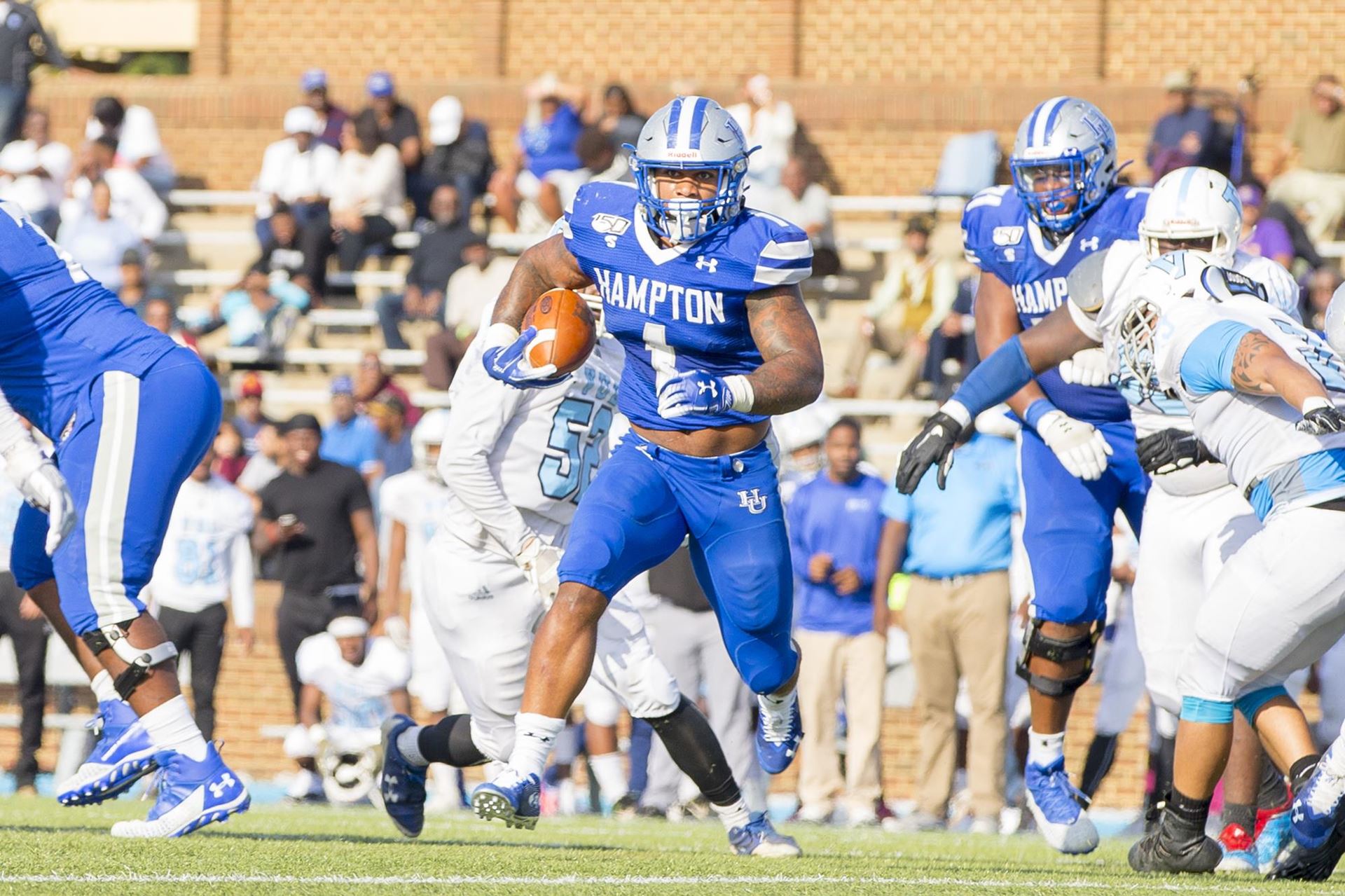 Hampton University will make its return to football in fall 2021 with a non-conference schedule that gives nods to its HBCU roots and 757 location.

HAMPTON, Va. — The Hampton University 2021 non-conference football schedule was announced today with a pair of games at home, and all four being within driving distance of Hampton fans.

“This non-conference schedule will provide many exciting opportunities for our fans to rekindle rivalries with area and regional schools,” said Hampton University President Dr. William R. Harvey.   “To play three HBCU schools in those first four games and to go to Old Dominion will be a great way to start our season.”

“Our non-conference games will be a great test for us to prepare for Big South play,” said HU head coach Robert Prunty.  “All are with familiar foes to our student body, fans and alumni, along with including the rekindling of ‘The Battle of the Bay’ it will give us great opportunities to be ready for conference action”.

A determination on the amount of fans able to attend games and ticketing information will be announced in the near future.   Hampton will use guidelines from the CDC, Commonwealth of Virginia, City of Hampton and HUU in determining attendance for contests.

The Pirates will open the 2021 season on September 4 with a matchup against a long-time opponent in the Panthers of Virginia Union University.

Week two will have the Pirates venturing down Interstate 64 to Kornblau Field at S.B. Ballard Stadium for an exciting contest with the Monarchs of Old Dominion University on September 11.

HU will head north to Washington, D.C. in week three to take on the mighty Bison of Howard University in “The Battle of the Real HU” on September 18.

After a bye week, HU returns to Armstrong Stadium to face Norfolk State in the much-anticipated return of “The Battle of the Bay” on October 2.

Conference play begins the following week, as Hampton will celebrate Homecoming on October 9.  The opponent will be announced in a couple weeks.

Hampton will have HBCU company in 2021 as former MEAC and CIAA foe North Carolina A&T joins The Big South.