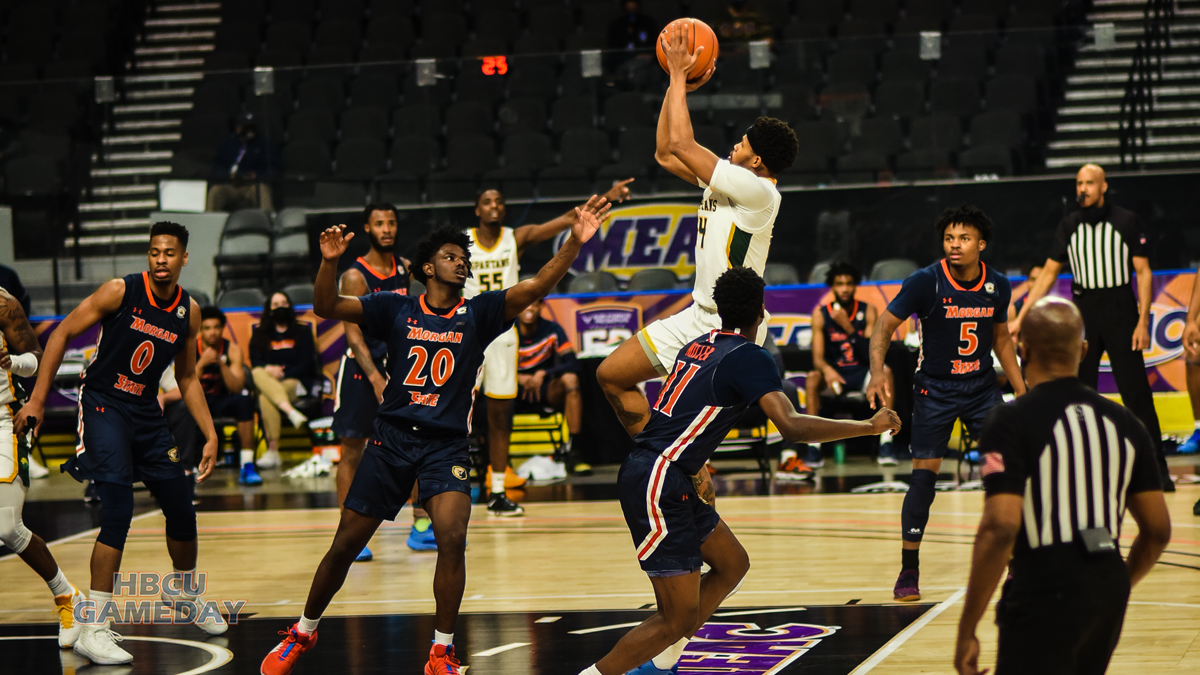 Three former JUCO player turned themselves into go-to-players at Division I HBCUs. All three have put their names in the transfer portal.

It’s no secret that there is a log-jam of talent in college basketball’s transfer portal. That includes some of the best talent from HBCUs as well.

As March Madness drags into April, here are three more HBCU players in the transfer portal hat could be making an impact in next year’s tournament. (Click below for for Part I).

One of the latest additions to the portal, Carter might be the most versatile player on this list. And that’s saying quite a bit. Carter hails from nearby Newport News, VA, but he took the scenic route to get to Norfolk State. He split his high school career between Woodside HS and Capitol Christian Academy in Maryland. He was regarded as a four-star talent on the court, but since Capitol Christian wasn’t an NCAA accredited school, he had to spend a year out Monteverde Academy in Florida.

Florida State had eyes on him, so he enrolled at nearby Chipola College before leaving due to personal reasons. He then found his way to Odessa College in Texas. He averaged just 2.6 points and 2.6 rebounds per game there, but NSU assistant coaches convinced head coach Robert Jones he was worth a chance. He averaged d 9.7 points, 5.6 rebounds, 3.0 assists and 1.8 steals in 26.9 minutes per game as a junior during the 2019-2020 season.

This past season it all came together for Carter and NSU. He led the team in scoring (14.9 ppg), rebounding (5.1), assists (four per game) and tied for the lead in steals (1.1). Those numbers included a near-triple double against Hampton (29 points, 9 rebounds, 8 assists and 3 steals) and a 31-point outburst against Coppin State.

Carter will be 24 by the time next season arrives, and he’s got lots of options. He’s a tall point guard (6’3) with a Swiss-army knife skillset. He can score if need-be, but his ability to distribute the ball as well as rebound and defend should make him attractive to many college basketball teams. He could probably find a home in professional ball if he wants to start making money as well. Then again, returning to Norfolk State might be the move as well.

Prairie View has become one of the best basketball programs in the SWAC, HBCU and low-to-mid major Division I basketball recently by coming up with finds like Daniels. The 6’7 Harlem native was a talented hooper from the start, but a run-in with the law and academic issues pushed him to the JUCO route. He started out at Central Georgia, then transitioned to Odessa College where he played with — you guessed it — Devante Carter. The team did well and Daniels caught the attention of PVAMU, which was coming off a SWAC title and an NCAA run.

Injuries limited Daniels to just three games in the 2019-2020 season, and he went scoreless in them. The 2020-2021 campaign would see him start to look like what the Panthers envisioned. He led the the team in scoring with 15.2 points per game on 54 percent shooting, hitting just a hair under 43 percent of his 3-point attempts. He also averaged 6.1 rebounds per game as the Panthers grabbed the SWAC regular season title before falling to Texas Southern.

Daniels told 247Sports he was getting plenty of interest in March. That included mid-majors like Creighton as well as Power Five programs like Oregon State and Oklahoma State. His height and shooting ability should land him playing time wherever he lands, which looks like it won’t be back at Prairie View.

Like both Carter and Daniels, Doss Jr. started his career in JUCO ball. He  spent one year at Iowa Western Community College before signing with UAPB. He made an immediate impact there, finishing second on team in scoring (12.8) and assists (1.7) and third in rebounding (4.2) while shooting better than 46 percent from the field. He entered the 2019-2020 season as a second-team All-SWAC preseason pick, but an injury shut him down after just three games, forcing the redshirt.

The 6’5 point guard from Marion, Arkansas averaged a team-high 15.9 points per game and also led the team in rebounding with 6.5 boards per game as a senior this season. He had several big games, including a 31 point, 10 rebounds, three-assist, two-block and two steal effort against Alabama St. He was named first-team All-SWAC.

He’s not much of a passer, but he’s proven he can score against solid competition as well as hit the boards. He put up 27 points with five rebounds at Marquette and a few weeks later came up with 25 points with 10 rebounds against Baylor. He could look to carve out a role at a mid-major, or perhaps decide to finish things out with UAPB.