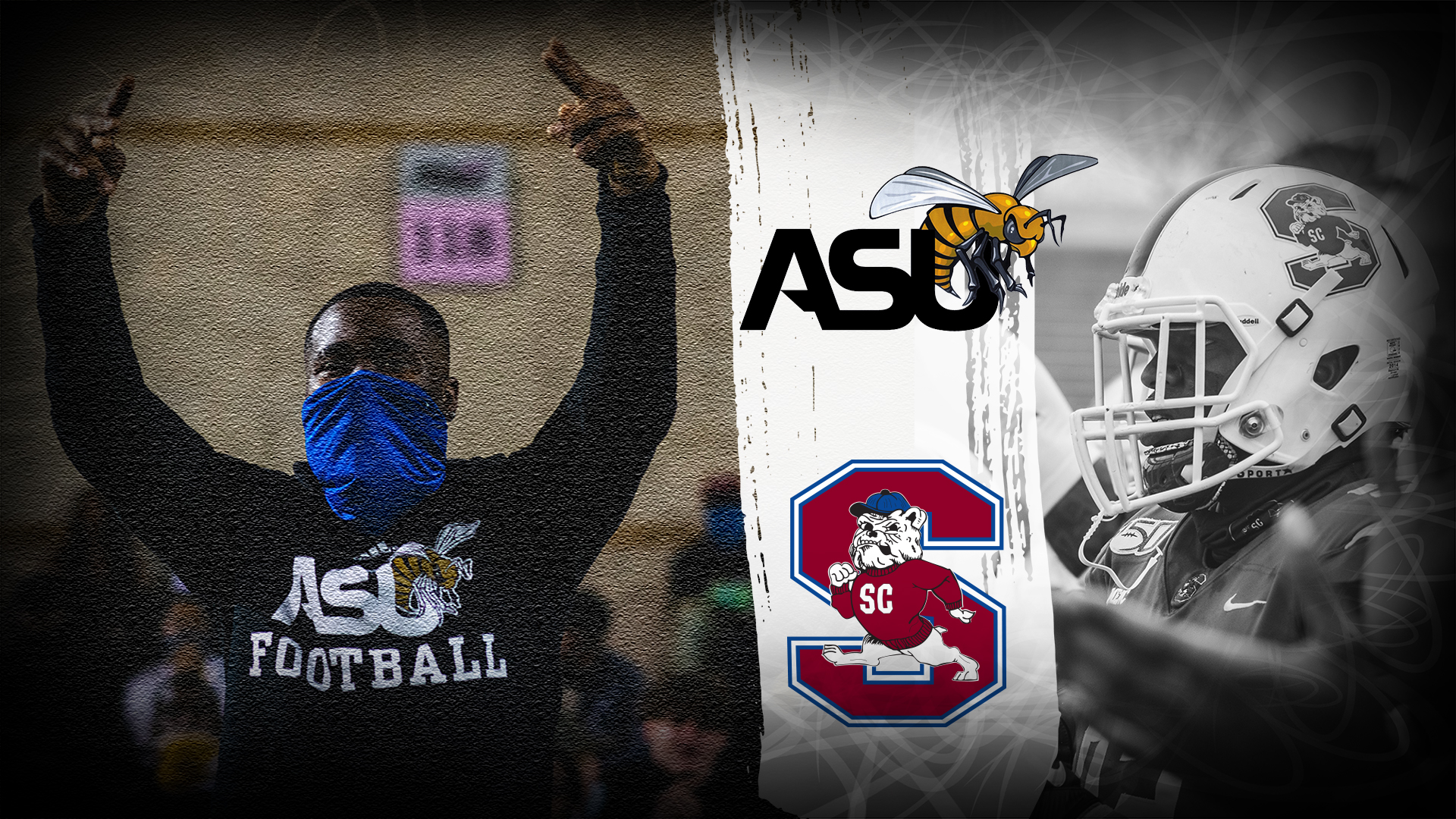 South Carolina State will return to action on Saturday for the first time since a March 13 victory over Delaware State. The Bulldogs will travel to Montgomery to take on Alabama State for just its third game of the season. It will be the second game against a SWAC opponent this spring, after a season opening loss to Alabama A&M last month.

Donald Hill-Eley and Buddy Pough will be foes on Saturday but the two are long time friends from their early days in the MEAC.

“It’s an old rivalry for myself. He and I became head coaches together in 2002, been long-time friends so it’ll be good to see him,” Eley said on Monday.

Bulldog break is over

SCSU will be glad to see anyone after Howard backed out of playing two games against the Bulldogs. The Bison cited COVID travel restrictions for the cancellations. That left South Carolina State with two games against DSU and a faceoff with each of the Alabama SWAC schools.

The last time around for South Carolina State, redshirt sophomore quarterback Corey Fields completed 20-of-38 passes for 175-yards in the 17-9 victory over Delaware State.

Alabama State is coming off of a no-contest decision against the University of Arkansas at Pine Bluff. The game was called off due to inclement weather in Arkansas.

Will the ‘Mo continue in Montgomery?

There’s still a lot of talk surrounding the last complete game that ASU played. Two weeks ago the Hornets put together a 35-28 victory over previously unbeaten Jackson State University. That put Alabama State in position to control its own destiny in the SWAC East heading into the UAPB game.

Saturday’s matchup can be seen locally on the CW in Montgomery. Kick-off is set for 3pm EST/2pm CST.