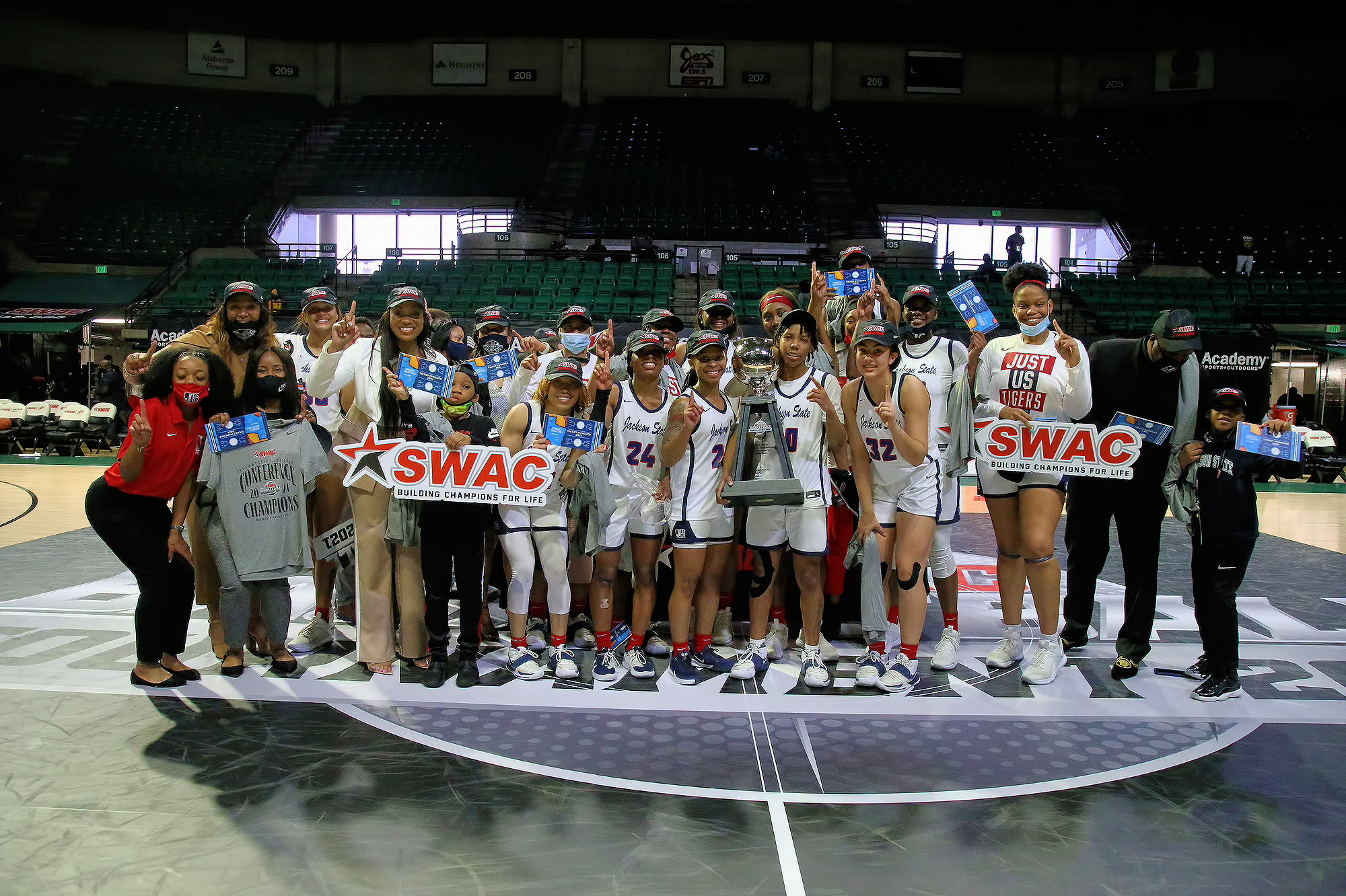 After a year’s delay, Jackson State is back as champions

BIRMINGHAM, AL–The Jackson State women didn’t get a chance to compete in the 2020 SWAC Tournament, but the dream is no longer deferred. The 2021 JSU team won the SWAC Tournament Championship.

JSU is going dancing after winning the SWAC Championship over Alabama State, 67-66, at the Bartow Arena in Birmingham.

Saturday’s championship game was the third meeting between Jackson State and ASU. The two teams split the regular-season matchups, both winning by two points. The teams came in as the no. 1 and no. 2 seed respectively. Saturday’s win ultimately was even closer than the regular season.

The drama was on full display as Alabama State erased an eight-point deficit in the final seven minutes. A Lady Hornets three-pointer from Ayana Emmanuel with two minutes remaining put ASU up 63-61. SWAC Defensive Player of the Year Ameshya Williams then tied the game with just over a minute to go.

Cherelle Jones put the Lady Tigers up, 67-66, with 13.9 seconds left with two made free throws. Great defense in the final seconds of play and an Ameshya Wiliams rebound sealed the deal and gave JSU the 67-66 SWAC Championship win over Alabama State.

As a team, JSU was 20-of-52 from the field and outrebounded ASU 46-36. With the win, the Lady Tigers locked up an automatic berth in the NCAA Tournament. The women’s tournament begins next week set in San Antonio, Texas. JSU finds out their seeding and opponent Monday night apart of the Women’s Tournament Selection Show.

Jackson State improved to 18-5 overall on the season, 15-1 in SWAC play. It’s the first SWAC Postseason Championship since 2008 for the JSU women.