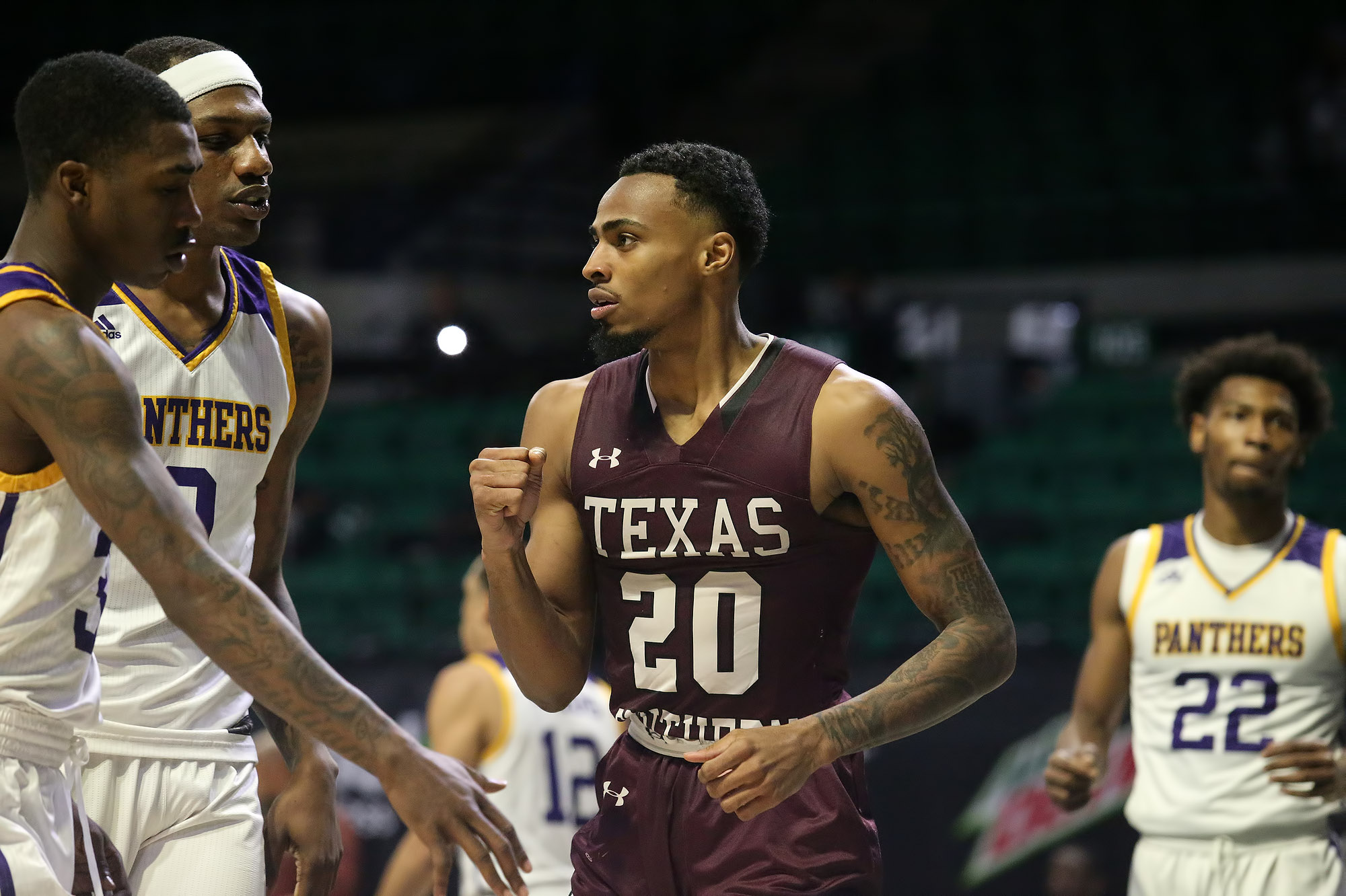 Texas Southern returns to championship form in the SWAC

The no. 3 seed beats the top two seeds on the way to the championship

Birmingham, AL–Texas Southern basketball is back on top of the SWAC, not that the Tigers ever really went anywhere. Texas Southern blew past no. 1 seed Prairie View A&M 80-61 on Saturday night to clinch the first tournament championship in the Johnny Jones era.

The no. 3 seeded Texas Southern beat the top two seeded teams on back-to-back nights en route to the title. The win advances Texas Southern to the NCAA Tournament, which will be held in a bubble environment this year in Indianapolis.

“Winning this championship ranks second to none for me on a personal level,” said TSU head coach Johnny Jones. “I’m very proud of the way our team battled through adversity to get to this point. This championship means a lot to our players and Texas Southern University. We’re excited about where this program is headed and we look forward to traveling to participate in the NCAA Tournament.”

Season over for Prairie View

Prairie View tied the game at 24 points apiece with 5:02 remaining in the first half but TSU created distance with a series of runs. Texas Southern ended the half on a 12-4 run, going up 36-28 at the break. The Tigers opened the second half on a 9-0 run, pushing the lead to 17 and never looking back.

The loss ends the season for Prairie View A&M, who finished the year with a 16-5 record. With the NIT field being reduced this year because of COVID restrictions, Saturday’s game was a must-win for Prairie View to reach the second level of the postseason.

The NCAA selection show is scheduled for Sunday at 7pm EST. Texas Southern will join Norfolk State as the two HBCUs in this year’s tournament.

Texas Southern returns to championship form in the SWAC