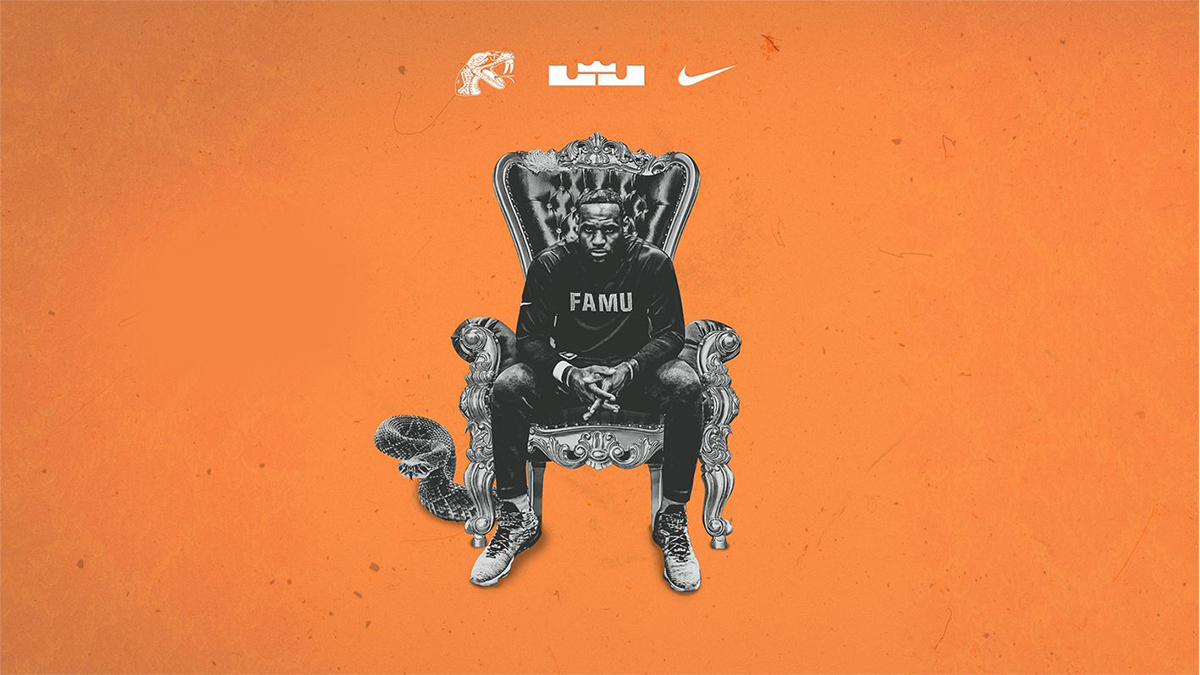 Tuesday night, LeBron James wore FAMU sneakers and hinted that something big was up. Thursday morning, we found out what it was.

Remember when LeBron James wore those FAMU sneakers the other night and we told you something might be brewing.

Florida A&M’s athletic programs will be outfitted in LeBron James uniforms, apparel and footwear as a part of a new partnership with Nike, the school announced on Thursday. It is a six-year deal, according to the release.

“Nike has long supported Florida A&M Athletics, and I’m committed to lifting up HBCU’s, so I was happy I rocked a pair of the PEs in-game and showcased a piece of what’s to come for the men’s and women’s basketball programs,” says James about the shoes he wore during his March 2 home game.

This includes footwear designed specifically for the university.

“Florida A&M has a rich tradition of excellence on the court and field, which not only includes athletic success, but equally important is academics, preparation for future careers and community engagement,” said Sonja Henning, Nike’s VP of League Partnerships for North America. “Through our continued relationship with Florida A&M Athletics, we’ll have the opportunity to partner with some of the country’s preeminent student-athletes and the next generation of leaders.”

Florida A&M has been with Nike since 2016, when the MEAC’s deal with Russell athletics expired. Last fall, the FAMU BOT approved a deal that woud allow it to switch from Nike to Adidas as it prepared to move to the SWAC.

But a source tells HBCU Gameday that Nike came back aggressively and got the deal done.

“FAMU is an elite institution with a rich tradition of first, and our student-athletes deserve a student-athlete experience that is second to none. As we transition into a new athletic conference and the opportunity to engage apparel partners, the 23-year relationship with Nike and their commitment to culture, diversity, inclusion, and innovation has never been clearer,” said Vice President and Director of Athletics, Kortne Gosha.

Those 23 years include footwear along with the switchover to uniforms in 2017.

“My executive team and I are focused on setting a new standard and our top priority is to align with the best quality and most innovative products, brands and resources that position our student-athletes and coaches to compete for championships. This partnership allowed us to reimagine, challenge the norms of our industry and be the model for leveling the playing field with the most significant investment in the American Jewels known as Historically Black Colleges and Universities by any footwear and apparel company.”