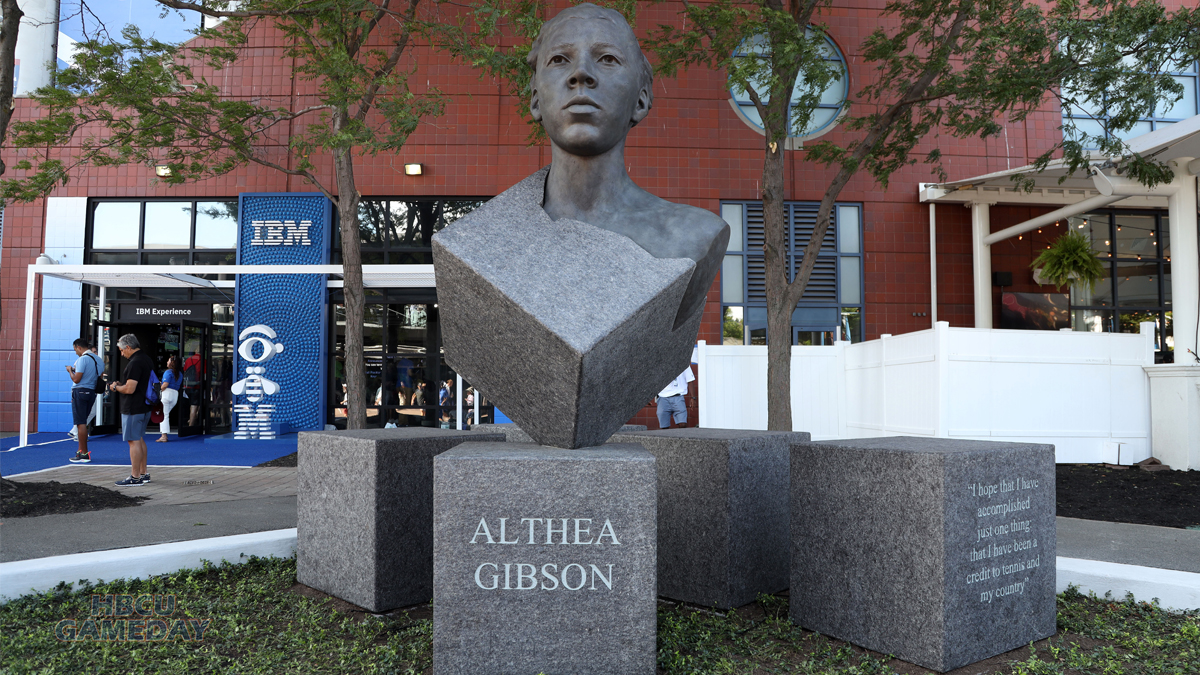 Althea Gibson’s legacy lives at FAMU and beyond

The legend of Althea Gibson didn’t start at FAMU, but her time in Tallahassee most definitely helped shape this trailblazing icon.

In the 1950s, a star on the campus of Florida A&M University would be under the guidance of Jake Gaither. But was not one of “Jake’s Boys.” It was — she was — Althea Gibson. And she would change the world.

Born in Silver, South Carolina on August 25, 1927, Gibson grew up in Harlem, New York. She would be taken under the wing of Dr. Walter Johnson in New York, who would also mentor Arthur Ashe along his career path. Johnson was a star athlete at Lincoln University where he went by the name “Whirlwind” and played football without a helmet.

She would progress as a teen and become dominant in New York. Johnson would introduce her to specialized tennis training and connected her with the United States Tennis Association. She was offered a scholarship to play tennis at Florida A&M and it would be a turning point in her life. Coming south, FAMU would present the first opportunity for her to play tennis in an integrated environment.

Following her sophomore season, Gaither requested a meeting with  Gibson as she was not performing as the athletic department had expected.  Gaither encouraged her to focus on being the best player that she could be because he knew there was so much more inside of her.

Gibson would begin to soar from there.  She excelled at tennis, golf, and was also quite the pool player.  FAMU alumni who were at FAMU with her knows that she used to beat all the fellas in the pool room inside the bowling alley.  Tall and statuesque, Gibson also pursued modeling while in school.  She pledged Alpha Kappa Alpha in the Beta Alpha undergraduate chapter.

From there, her career would escalate.

In 1956, she won the singles title in both the U.S. Open and the French Open, becoming the first African-American woman to win what are now called Grand Slam tournaments.  She followed that with her historic win at Wimbledon in 1957 and repeated in 1958.

Gibson won 56 singles and doubles titles during her trailblazing career.  She won 11  major championships, including three consecutive doubles titles at the French Open from 1956-1958. She would also repeat as singles winner in the U.S. Open in 1957 and 1958.

In 1957, the Associated Press named her Female Athlete of the Year.  It would be the first time an African-American would win the award.  For that feat, she was honored with covers on both Sports Illustrated and Time Magazine.  She would earn athlete of the year again in 1958.

She paved the way for African-American players who came after her.  Venus  Williams and later her sister Serena, have paid homage to Gibson throughout their careers.  Venus would be the first black woman to win Wimbledon since Gibson,  while Serena would be the first to do the same at the U.S. Open.

With monies not being paid proportionately to women in sports, Gibson had to find other ways to earn income.  She would eventually earn nice paychecks by playing tennis matches as the opening entertainment for Harlem Globetrotter games.  It is reported that she earned over $100,000 per year doing so.

A multi-talented woman, Gibson would release her autobiography in 1958 titled, “I Always Wanted to be Somebody.”  She would release a solo album titled “Althea Gibson Sings.”  She would also display her acting talents in a film titled “The Horse Soldiers,” starring alongside John Wayne in 1959.Gibson became the first African-American to play on the LPGA Tour.

Gibson’s legacy: FAMU and beyond

Gibson was honored at Arthur Ashe Stadium in 2019 with an amazing statue. The US Open, on Women’s Equality Day in 2019, unveiled a statue of the former Florida A&M women’s tennis great.

Placed just outside Arthur Ashe stadium, the sculpture – created by Eric Goulder – plays tribute to one of the most important trailblazers in the sport.

“So things were this way. Then there is the shift … Things were brewing in the world that would allow her to do what she did. She didn’t just break the color barrier. She became the best in the world. This was at a time when people were like, Black people can’t play tennis.”

‘When people learn [about] her story, it will inspire them to do great things with their lives,” King said.

“It’s a very inspirational moment for me to hear these tennis giants talk about the ultimate tennis giant being a FAMU graduate, talking about Althea Gibson, talking about how she inspired them, motivated them, trained them and played with them throughout her career and how that culminated in her being honored with a statue in front of Arthur Ashe Stadium, is amazing,” FAMU President Dr. Larry Robinson,  said after the unveiling ceremony at the National Tennis Center in Flushing Meadow.

In August of 2019, the FAMU Board of Trustees approved the naming of the University’s tennis complex in Gibson’s honor, where a memorial plaque already adorns the complex.

“It makes us feel great to see someone with her background and where she comes from and how she is being celebrated today with a statue. It’s great. It makes a big change,” said Evenden.

“For all the Rattlers out there, this is a special day for all of us. One of her dear colleagues put it this way: ‘She is looking over Arthur Ashe Stadium. She’s a  pioneer. She’s the Jackie Robinson of tennis, and not just of women’s tennis,’”  Robinson continued. “She opened the door for Arthur Ashe, Venus and Serena and other players. It’s phenomenal to think about what this Rattler did for the history of tennis and for the present-day tennis in this nation and around the world.

Althea Gibson’s legacy lives at FAMU and beyond