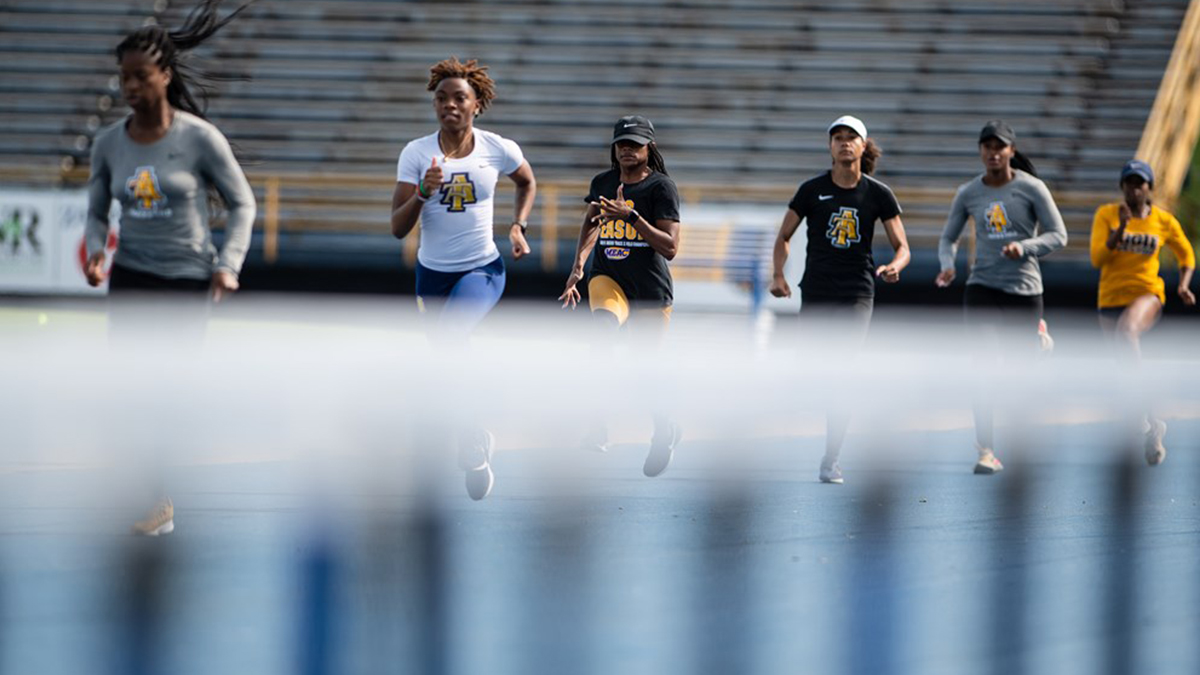 The track program at North Carolina A&T is one of the best in the nation. Period. So its no surprise a top 2021 prospect is headed to Greensboro.

Two years ago, Randolph Ross was a highly sought-after track star who went viral when he announced his commitment to North Carolina A&T.

Now a highly-desired women’s track star has shaken the table by announcing she will be competing at A&T. Latashi Williams of Carrolton, GA is considered one of the top track prospects in the class of 2021. She announced her college decision last week, and she’s headed to East Greenboro to run for the Big South-bound Aggies.

“I felt like it really fits me. Me and the coach is on the same page,” Williams told Athens-Banner Herald. “The goals that I have, he can get me there.”

Williams said her goals include winning a national championship.

“I chose an HBCU because I felt like I could do great things there,” Williams said. “Doing great things at an HBCU would be something unexpected.”

If any HBCU can do that at the Division I level, it is North Carolina A&T. The men’s indoor program was ranked second in the nation on Monday, with only Arkansas sitting above it. Randolph Ross, son of head coach Duane Ross, is no. 3 in the nation at both the 200 and 400m races this season as just a sophomore.

The women’s program has seen its share of success as well in recent years.  It has dominated in both the MEAC as well as nationally, with top NCAA performers like Kayla White and Cambrea Sturgis. Two freshmen runners won their first-ever collegiate competitions earlier this month.

While A&T’s on-track success definitely helped it out in landing Williams and others, there are other factors working in its favor as well.

Julian Jones is Williams’ track coach and legal guardian. He said that the role of African-American influence at HBCUs is something that he thinks is important.

“Our kids need to see black professors, black engineers. They need to see different types of people in positions of power,” Jones said. “These kids have to understand that getting their degree is the main focus. It’s great to be at UGA and Alabama. At the same time, there are a lot of kids there. Are they going to focus on you as a person and develop you and make sure you’re set after you walk out of those doors?”