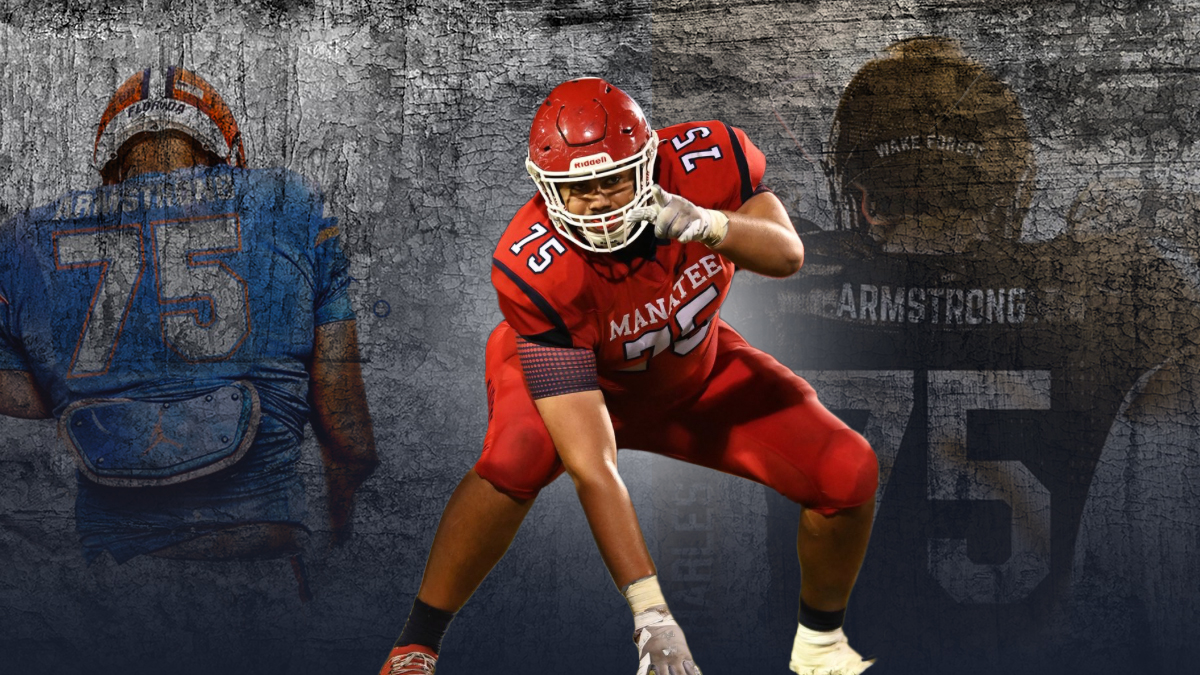 Deion Sanders is hoping to turn Jackson State into a pro pipeline. His offensive line just got a Power-Five level talent.

Charles Armstrong, a 6-5, 270 pound offensive tackle from Bradenton, FL has committed to JSU. He announced his commitment late Thursday night via Twitter.

“Grateful to announce I will be continuing my education and football career at Jackson State University,” Armstrong wrote.

Armstrong is a solid three-star prospect, according to 247 Sports. The Bradenton, HS star is ranked as the 100th best tackle in the 2021 high school class. He held offers from 18 FBS programs. He had offers from the Big Ten (Indiana, Illinois, Iowa State, and Minnesota), the ACC (Pittsburgh, Georgia Tech, Boston College) and the SEC (Georgia, South Carolina) as well as in-state schools like UCF and USF.

He initially committed to Herm Edwards and Arizona State last June where he was recruited by former NFL lineman Kevin Mawae. Last September he announced he had re-opened his recruiting. Armstrong, who also plays basketball, tweeted on Jan. 11 that he had been offered by Sanders and JSU. Now he’s headed for Jackson..

Armstrong is the latest addition to a 2021 recruiting class that is starting to build depth at offensive line. JSU signed Javonte Gardner during the Early Signing Day, bringing in a player most had pegged for the University of Florida.

Both talented freshmen will likely be competing for playing time with former FBS players like Dylan Spencer, who transferred from Missouri.

Sanders told the media this week that prospects want to come to a program to help get them to the next level.

Deion Sanders said he believes it will happen.

‘We want that same thought process and we’re going to have it. When you have several guys that were in the NFL coaching-wise and playing-wise, that’s a tremendous possibility just based on the relationships that we have.’