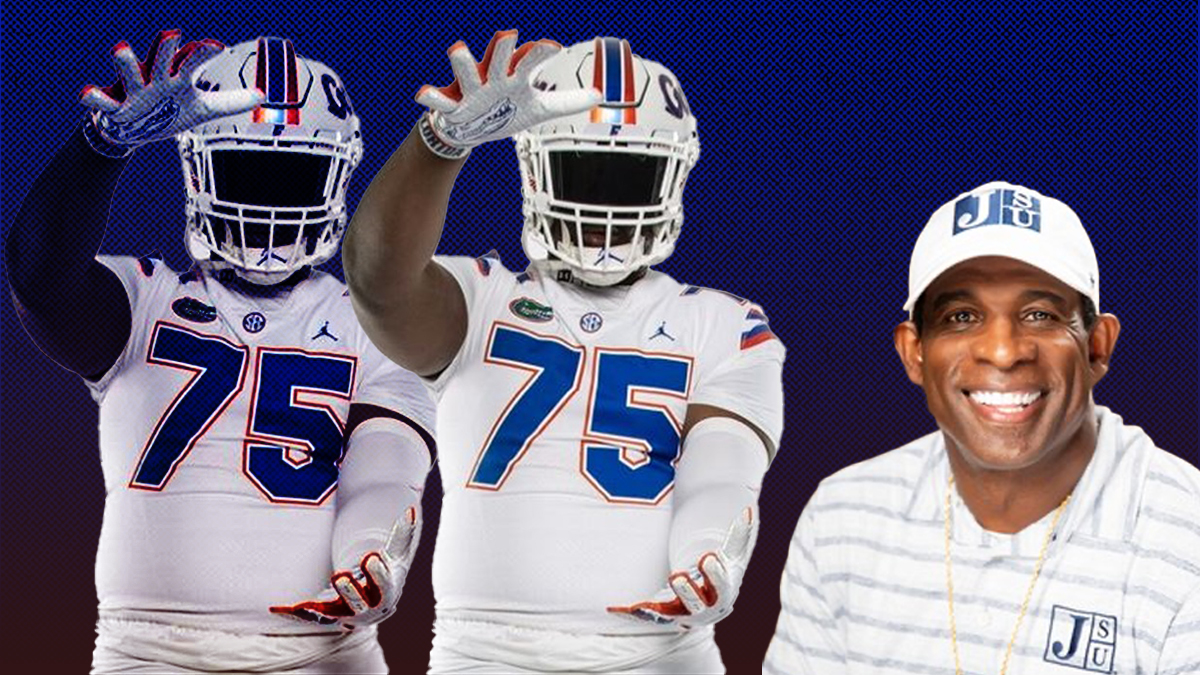 Deion Sanders and Jackson State University managed to bring in an offensive tackle that had been committed to the University of Florida for over a year.

Javonte Gardner, a 247 Sports three-star offensive lineman, has committed to Jackson State one day after a mock signing with the University of Florida.

Gardner has been committed to UF for over a year, and on Wednesday’s early national signing day, he put his name on the dotted line. The Orlando, FL native is 6’5, 290 pounds. He held offers from 10 schools, according to 247Sports.com, including Kentucky and Ole Miss.

“I feel it’s gonna be good. I think I can step in and play because I have a leadership role in me, I go dawg in me, I’m a competitor,” Gardner said via the Orlando Sentinel on Wednesday. “I’m just coming in as a little brother, but I’m looking to play a big role.”

According to 247 Sports, Florida has six offensive tackles, including another commitment from the 2021 class. Other schools that had offered Gardner had similar numbers.

Another day, another flip for Deion Sanders

Gardner is the latest feather in the cap for Deion Sanders and his coaching staff following a massively successful early signing day on Wednesday. JSU managed to flip several commitments from bigger schools, including defensive back Ju’haun Warren, who had committed to the University of Georgia.

“We don’t even think about the flip. We think the kid. We don’t think about where he was committed to, we just really focus on the child. So that’s not our objective,” Sanders told the media on Wednesday. “We’re thinking about you, putting you in the best situation that you can possibly be in.”