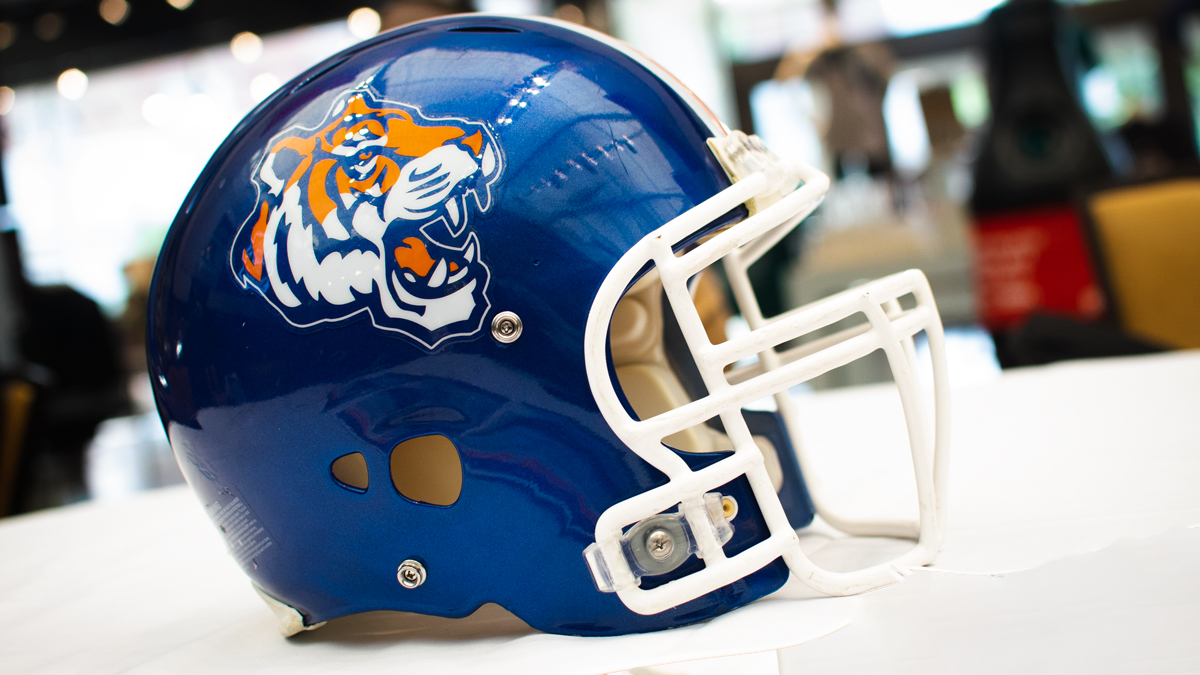 Savannah State football is continuing with its plans to play football in spring 2021. It has booked a new game with a D2 power.

COURTESY: Savannah State Athletics
MOBILE, Ala. The Gulf Coast Challenge, powered by the Mobile Sports Authority, announced in a press release on Tuesday morning that Savannah State football will face off against the University of West Alabama on March 13, 2021 at 4 p.m. CST/5 p.m. EST.

The third annual Gulf Coast Challenge will be held at Ladd-Peebles Stadium in Mobile, Alabama and is being presented as the Ultimate HBCU Experience, pitting the Savannah State Tigers of the Southern Intercollegiate Athletics Conference (SIAC) against the West Alabama Tigers of the Gulf South Conference (GSC) in a battle of top-tier NCAA Division II football programs.

“We’re ecstatic to have the opportunity to play in the Gulf Coast Challenge against an elite opponent in West Alabama,” Savannah State Head Football Coach Shawn Quinn said in the release. “The Gulf South Conference is a premier league in NCAA Division II football, and we’re excited to test our squad against such a formidable opponent in the wonderful city of Mobile.”

“We are very excited as a program to be invited to play in the Gulf Coast Challenge,” West Alabama Head Coach Brett Gilliland said in the release. “It will be a great opportunity to showcase our university in the city of Mobile and beyond. Most of all, we look forward to playing the game against a high-quality opponent.”

The Gulf Coast Challenge was originally scheduled for the fall 2020 season but was moved to the spring due to the pandemic after Morehouse College cancelled their fall schedule. Morehouse was set to take on Miles College in the original bout.

Savannah State football is set for two games this spring after the 2020 fall semester schedule was suspended due to the pandemic. After the March 13 game in Mobile, the Tigers will host a single home game on March 27. The opponent for the home game is to be announced later. The SIAC will not sponsor championship play in the spring for football, with the hopes of returning to regular action in the fall of 2021.

The Tigers are itching to defend their historic 2019 season, where they finished 7-3 overall and 5-0 in SIAC play. It was the first winning season since 1998, during the programs first year back in NCAA Division II.