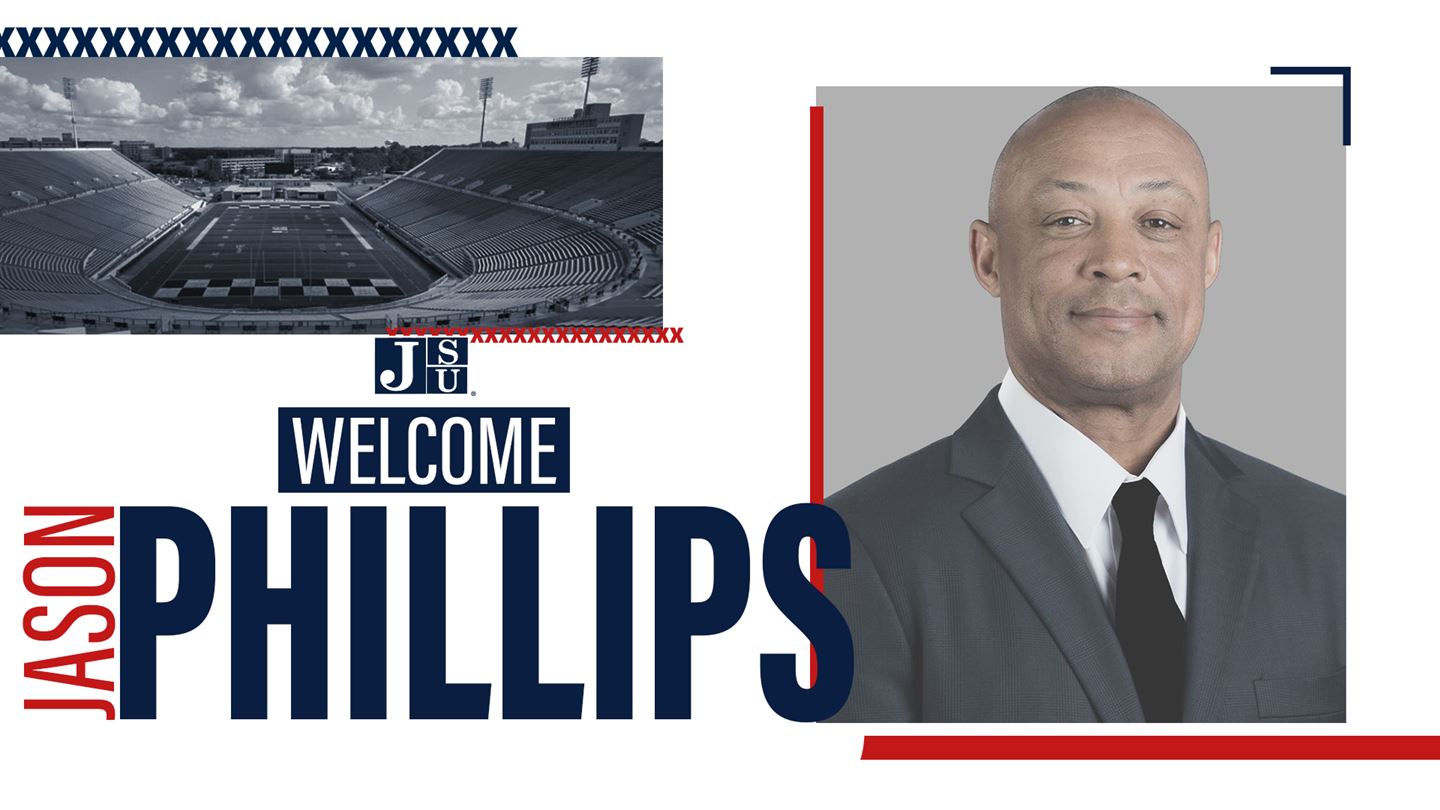 Deion Sanders has added a former Atlanta Falcons teammate to his coaching staff. Jason Phillips has lots of collegiate experience.

“I’m thrilled to welcome Jason to Jackson State,” Sanders said. “Jason is a great teacher of the game and has an impeccable resume and will help our young men develop on the field of play and in the classroom.”

Phillips is excited to assist and usher in the new era of Jackson State football.

“I’m excited to join Coach Sanders at Jackson State,” Phillips said. “We are changing the landscape not only at Jackson State, but across college football. Our offense is going to be exciting and fun to watch and I encourage everyone to tune in.”

Phillips has over 20 years of coaching experience and comes to JSU after serving the previous two seasons as the passing game coordinator and wide receivers coach at Utah State. Phillips, who played professionally for eight seasons, including six years in the NFL, has coached in six bowl games during his collegiate career.

Sanders initially announced his staff back in December.

A native Houstonian who played at Ross Sterling High School, Phillips first made his mark at the University of Houston by hauling in passes from Heisman Trophy quarterback Andre Ware during the Cougars high-flying, high-scoring Run `N Shoot heyday. Phillips led the nation in receiving yards in 1987 (875 yards) and 1988 (1,444), the first player since Tulsa’s Howard Twilley accomplished that feat 23 years earlier.

In 1987, Phillips not only was an All-Southwest Conference pick and the SWC Newcomer of the Year, but was also selected to the UPI All-America team. The following year Phillips was named to the All-SWC First Team, was the SWC Co-Offensive Player of the Year and a consensus first-team All-America pick.

Phillips was also selected to the SWC’s All-Decade Team for the ’80s and, in 2006, Phillips’ spectacular contributions to the program were recognized when he was inducted into the Houston Hall of Honor.

Phillips, who was a consensus All-America wide receiver during his playing days at Houston, was drafted by the Detroit Lions of the NFL in 1989, where he set a rookie record with a 10-catch, 155-yard performance against the Tampa Bay Buccaneers. He would go on to play for the Atlanta Falcons from 1991 through 1994. His teammate was a young defensive back named Deion Sanders.