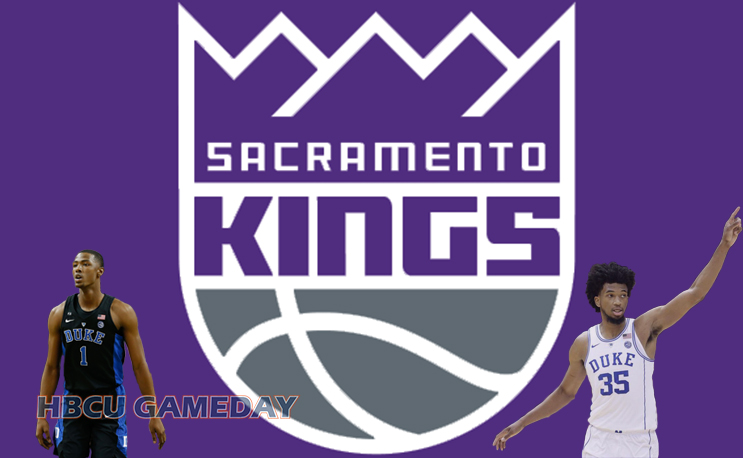 For the second year in a row, the Sacramento Kings have picked a player whose father played at an HBCU in NC.

For the second year in a row, the Sacramento Kings picked a one-and-done player out of Duke in the first round of the NBA Draft. The Kings selected Marvin Bagley III second overall on Thursday night, one year after selecting Harry Giles III 20th overall after one season on the court in Durham.

Bagley, a 6’11 big man, hails from Tempe, Arizona. His father, Marvin Bagley Jr., is from Durham played receiver at North Carolina A&T in the mid-1990s under Bill Hayes. The elder Caldwell went on to play in the Arena Football League with the Arizona Rattlers.

Giles, who also stands 6’11, is from Winston-Salem, NC. His father, Harry Giles II, played college football for Winston-Salem State in the mid-1980s under…you guessed it…Bill Hayes. Giles also played basketball for Clarence “Big House” Gaines while at WSSU. The younger Giles has posted offseason video inside the Gaines Center on the campus of WSSU where his father played.

Both basketball prodigies before they had facial hair, neither player followed their father’s footsteps to attend HBCUs. Wishful thinking makes you wonder “what if” these two blue-chips had followed in their fathers’ footsteps at their alma maters or another HBCU, but we can play those games another day. Congrats to Bagley and good luck to Giles as he preps for his sophomore season.