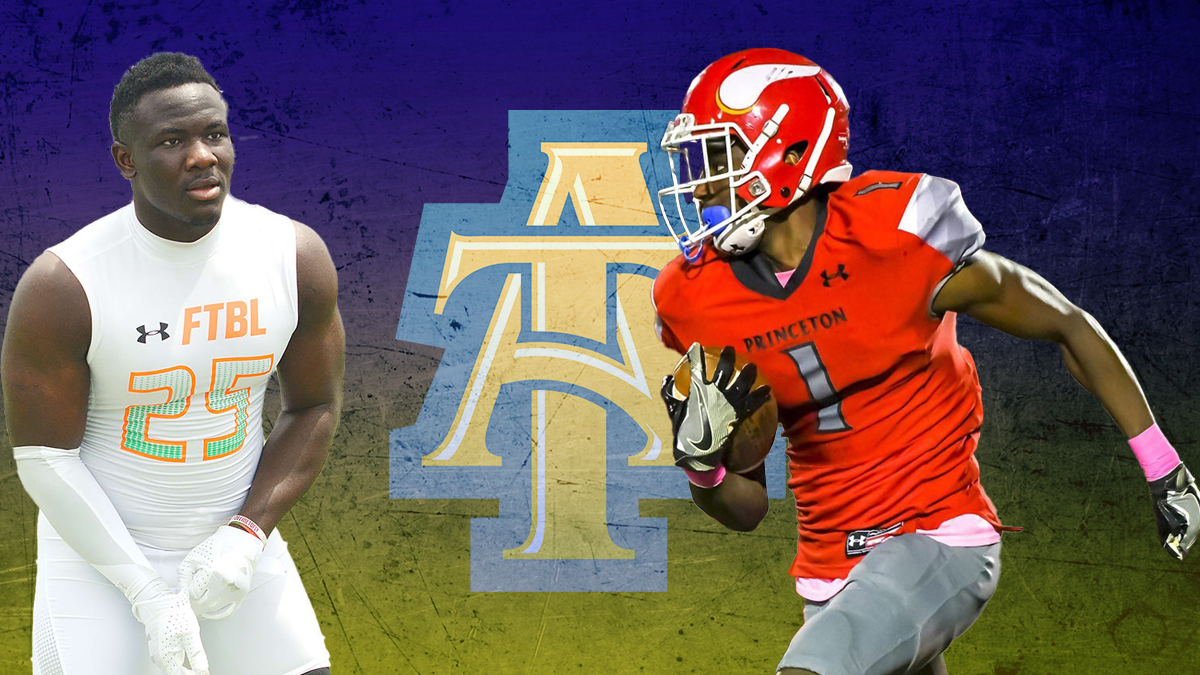 North Carolina A&T football has started 2021 by getting commitments from two three-star players with FBS offers to add to its signing class.

Ofurie is a 6-1, 240 pound linebacker out of Bradenton, Florida. He spent last season at IMG Academy and was ranked the 91st best inside linebacker, and the 288th best player in Florida overall. He had offers from both Syracuse and Michigan, as well as Marshall and U-Mass. All four schools except U-Mass, had at least six ILB.

Sports Illustrated’s breakdown of Ofurie was quite positive, calling him “powerfully built” and praising his “sheer hitting ability.”

Berkhalter is a 6’4 receiver out of Cincinnati, Ohio. He’s ranked as the third-best prep school receiver in the nation by 247Sports.com.

“Asked God to point me in the right direction,” Berkhalter wrote, “and this is where he led me.”

The 6’4, 186 pound receiver from Georgia Sports Academy had a total of 15 offers in all. That included HBCUs like Alcorn State, Alabama A&M, Morgan State and Hampton, but also service academy schools Navy and Army, as well as Liberty.”