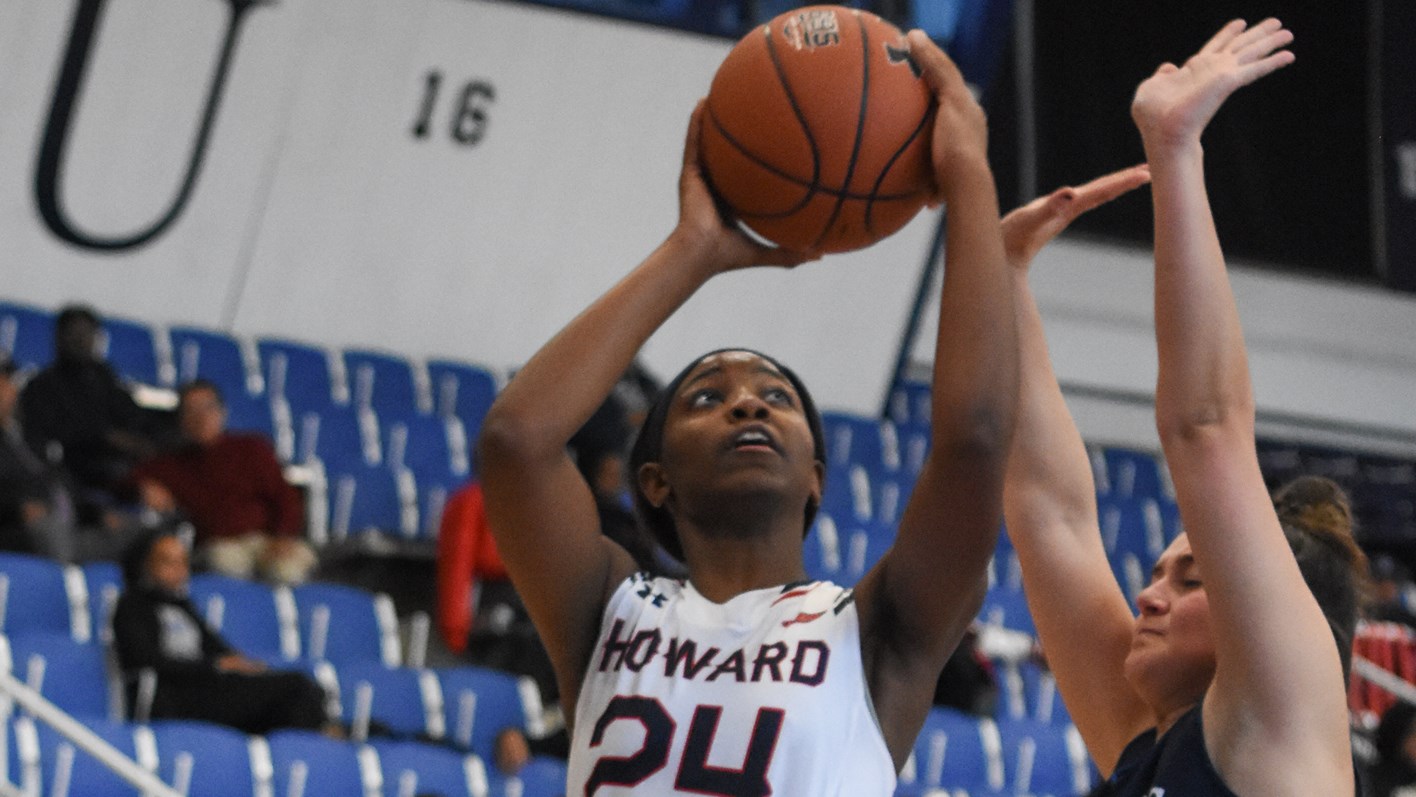 The Bison beat GW for the first time since 1985.

HU improved to 3-0 on the young season, which is the program’s best start since 2004 when they opened that year 5-0. Additionally, the Bison snapped its seven-game slide against George Washington dating back to 1985 and regained the upper hand in the all-time series lead, 11-10.

Despite the Colonials outrebounding HU, 52-40, the Bison fought their way back into the contest with stifling defense after intermission. Howard forced 15 second half turnovers while holding GW to only 14-percent (5-of-35) after the break, including nine-percent (1-of-11) from behind the arc.

Offensively, forwards Kaiya Creek (Seat Pleasant, Md.) and Brooklynn Fort-Davis (Chicago) provided a spark off the bench. Creek registered a career-high 23 points on 5-of-9 shooting from long range while the Chicago native notched her third career double-double, producing 13 points and 13 boards (career-high) in the victory.

Midway through the second period, sophomore guard Iyanna Warren (Accokeek, Md.) sliced the margin to a one-possession game, 24-21, but the Colonials would close out the quarter on an 11-0 run to claim its largest lead going into the half, 35-21.

After intermission, George Washington went nearly seven minutes without scoring in the third quarter; thus, the Bison took advantage and cut the deficit to one after second-year forward Makayla Minett (Chicago) spilt a pair of freebies, 35-34.

GW’s Jasmine White ended the Colonials’ scoring drought with more than three minutes left in the third period, but the contest was deadlocked at 40 after Fort-Davis’ old-fashion three-point play.

George Washington grabbed the upper hand early in the fourth, but Creek’s trey ball with more than six minutes left gave the Bison their first lead of the contest, 45-43, which they never looked back. HU outscored the Colonials, 18-10, in the final 6:27 remaining to secure their second victory over an Atlantic 10 foe this season.

Minett and freshman standout Anzhane’ Hutton each had outstanding performances on the defensive end. Collectively, the frontcourt duo recorded 15 boards, five blocks and four steals in the win.

Before today’s contest, senior guard Jayla Thornton (Newark, N.J.) was honored for reaching 1,000 points in her collegiate career. She was presented with a gift from Coach Ty Grace and the women’s basketball program, along with a special video from family and friends for her incredible achievement.

On Dec. 16, HU wraps up its brief two-game homestand when Navy comes to town. Game time is set for 5 p.m. inside The Burr.