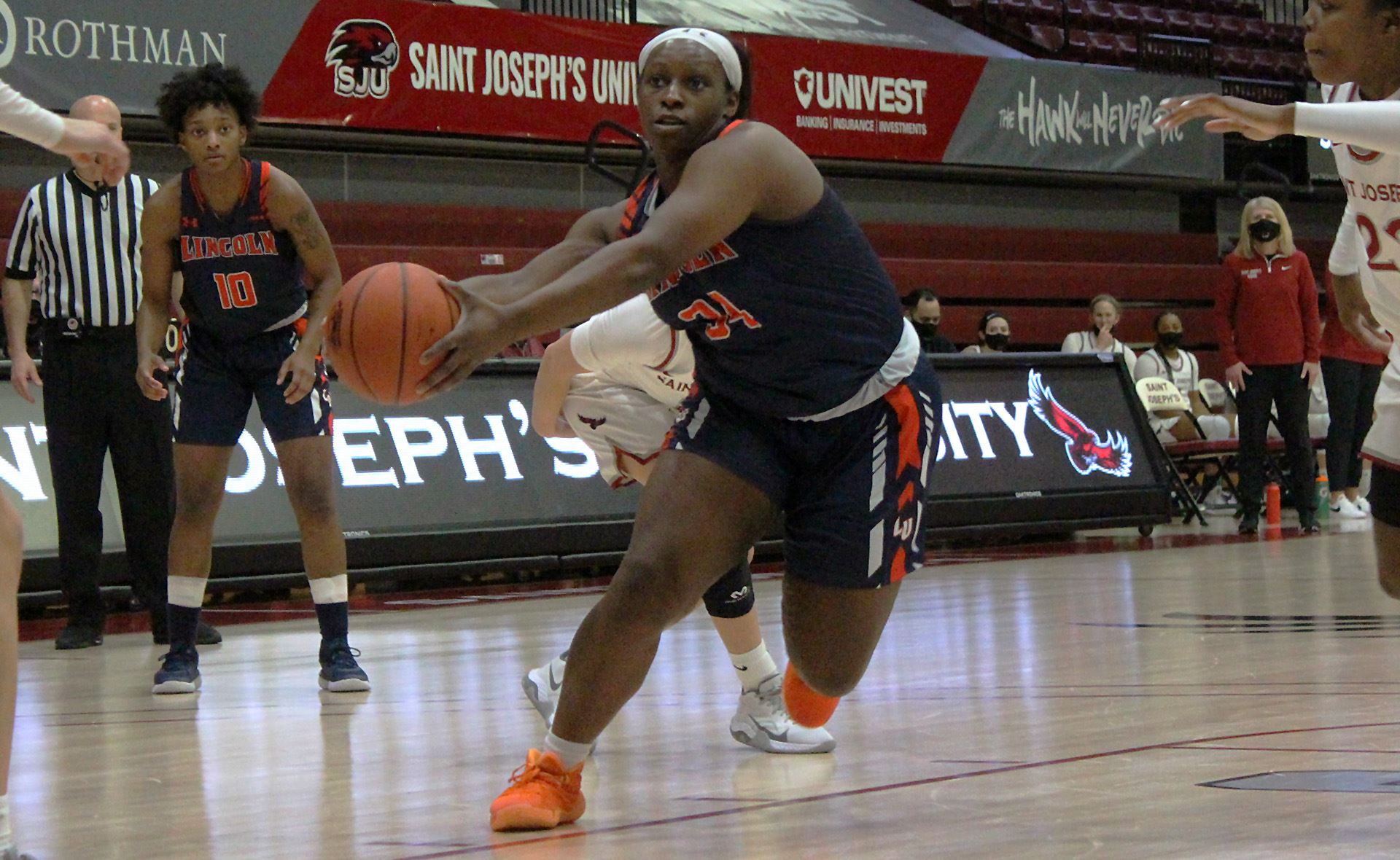 The Lincoln ladies were up by 13 points at halftime.

PHILADELPHIA, Pa. – The Lincoln University women’s basketball team put a scare into Division I Saint Joseph’s Sunday, but once the dust had settled a 15-2 run enabled the Hawks to escape Hagan Arena with a 72-64 victory.

Senior Joy Morton (Yeadon, Pa./Penn Wood) (Yeadon, Pa./Penn Wood) finished with a career-high 18 points on 6-of-15 shooting, while senior Bryanna Brown (New York, N.Y./Bishop Loughlin) (New York, N.Y./Bishop Loughlin) tallied a season-high 14 points. In her most extensive playing time of the season, junior Jade Young (Philadelphia, Pa./Abington Friends School ) stuffed the stat sheet with 10 points, seven rebounds, and five assists. The five dimes were twice as many as any Lincoln player had in a game this season.

Morton and Brown enabled the Lions to hold the 39-21 advantage in bench points. Lincoln’s full-court pressure disrupted the Hawks early as the home team managed just four points over the last 7:33 of the first quarter. The Lions forced SJU into five first-quarter turnovers and scored 12 of the last 14 points in the opening stanza to take a 10-point lead. Lincoln’s run extended to 20-2 in the early moments of the second quarter, pushing the lead to 18 points.

Saint Joseph’s showed its mettle by scoring 12 straight to pull to within six. Morton, assisted by Brown, drilled a three, and then Brown with a steal and jumper pushed the advantage back to double figures. LU took a 13-point lead into the locker room.

Lincoln’s energy and pressure defense didn’t have the same effect in the second half as the Hawks gradually pulled closer, and trailed by just two at the end of the three. After Briyanah Richardson (New Brunswick, N.J./Matawan Regional) connected on a pair of free throws to extend the LU lead to four with six minutes remaining, the Lions managed just six points for the rest of the game.