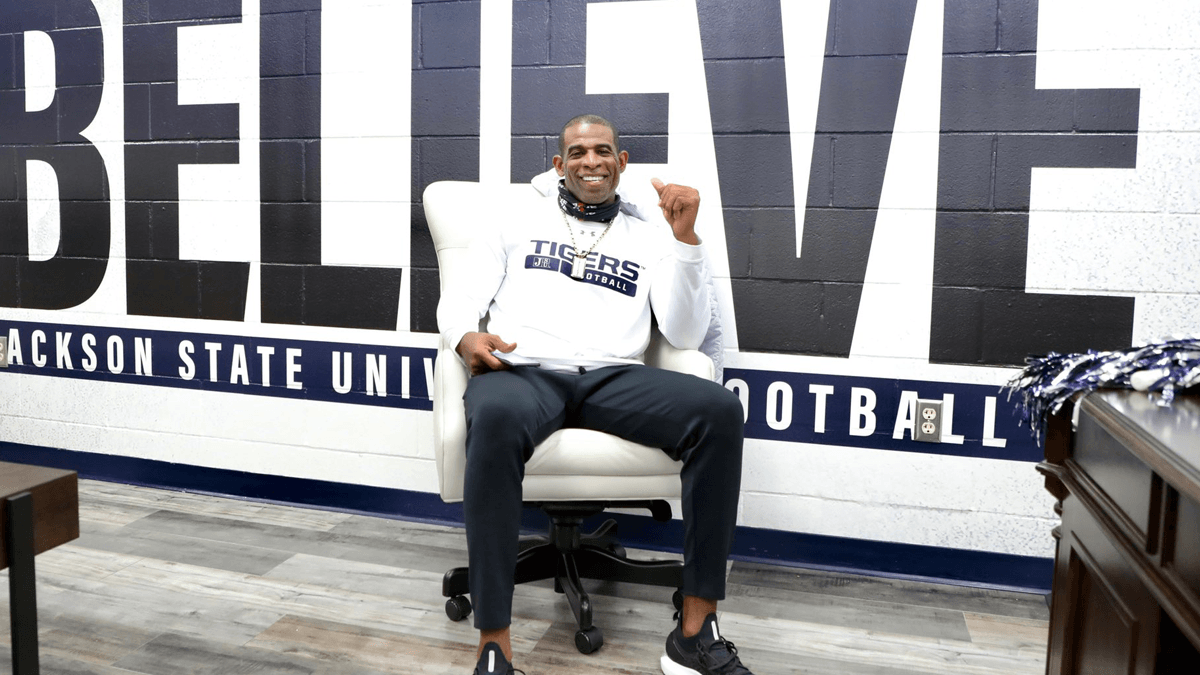 When a school switches apparel companies there’s not much to see except trading one logo for another. HBCUs are usually dealing with a middle man supplier and not getting anything the average Joe couldn’t find. However, when Jackson State announced it was switching from Nike to Under Armour it came with a promise of customization.

“We’re going to go directly to Under Armour for all of our needs, and all of our wants. And I think that’s going to be big. That’s going to help us cross all different kinds of platforms,” said Troy Johnson, JSU’s Assistant AD for Internal Operations.

Fans got a taste of the new look apparel on Monday when head coach Deion Sanders posted some of the new gear to this Twitter account.

Sanders wrote “It’s HERE baby,” along with posting a montage of a full sleeve shirt and a Jackson State backpack. The shirt had “Tigers” across the chest with “JSU Football” blocked off in geometric shapes. The Under Armour logo was prominent just below the neck line.

The backpack features the traditional three pane JSU square with the tagline “I Believe” underneath. The “I” in the word believe is in a red font, opposed to the other white letters.

Deion Sanders is posing against a huge office wall with a fresh paint job of “I Believe” etched into the wall.

While the merchandise isn’t ready in the marketplace just yet, the buzz is there. Former NFL player and Jackson State alum Domonique Johnson made his bid for “free gear” on Twitter Monday night. Sanders quote tweeted the post with the comment “Much love my brother.”

Jackson State has maintained all along that football will be the first sport to launch Under Armour apparel for JSU. Any other sport that plays before football will continue with the Nike inventory.

While we haven’t seen JSU’s Under Armour uniforms yet, Sanders has given us a hint of what to expect when football takes the field. He told the Tiger Talk With the 1400 Klub that the team may wear red this year to honor legendary coach W.C. Gorden.