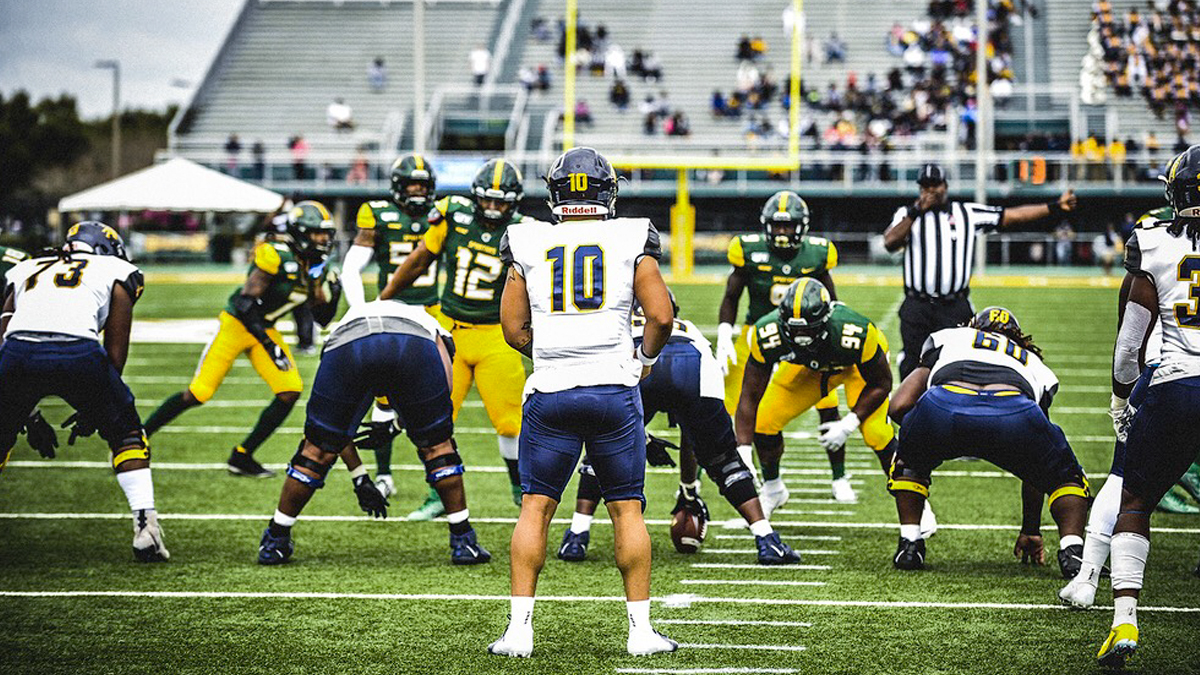 There was speculation to whether or not NC A&T would opt-out of its final season of MEAC football. The Aggies are moving forward with spring 2021 plans.

It appears NC A&T will take a shot at adding one more MEAC football title to its resume.

A source tells HBCU Gameday that North Carolina A&T has decided not to opt-out of spring football.

“We are planning on moving forward,” HBCU Gameday was told.

MEAC teams were given until Monday to notify the league office whether or not they would participate. So far Bethune-Cookman and Florida A&M have announced they won’t play.

Both FAMU and BCU have played their last MEAC football games and will join the SWAC on July 1, 2021. A&T will move to the Big South on the same day, but not before it goes for one last MEAC title. There had been some speculation as to whether or not A&T would pull out of its final season in the conference.

NC A&T has won a total of 10 MEAC titles, six of them outright. It has won at least a share of the conference title in five of the past six seasons. It has also won four of the five Celebration Bowls, including each of the last three. It shared the 2019 MEAC title with South Carolina State.

The Aggies return running back Jah-Maine Martin, the 2019 HBCU Gameday/Protect Your Skull FCS Offensive Player of the Year. They went 9-3 in 2019, including an offensive explosion against Alcorn State in the Celebration Bowl.