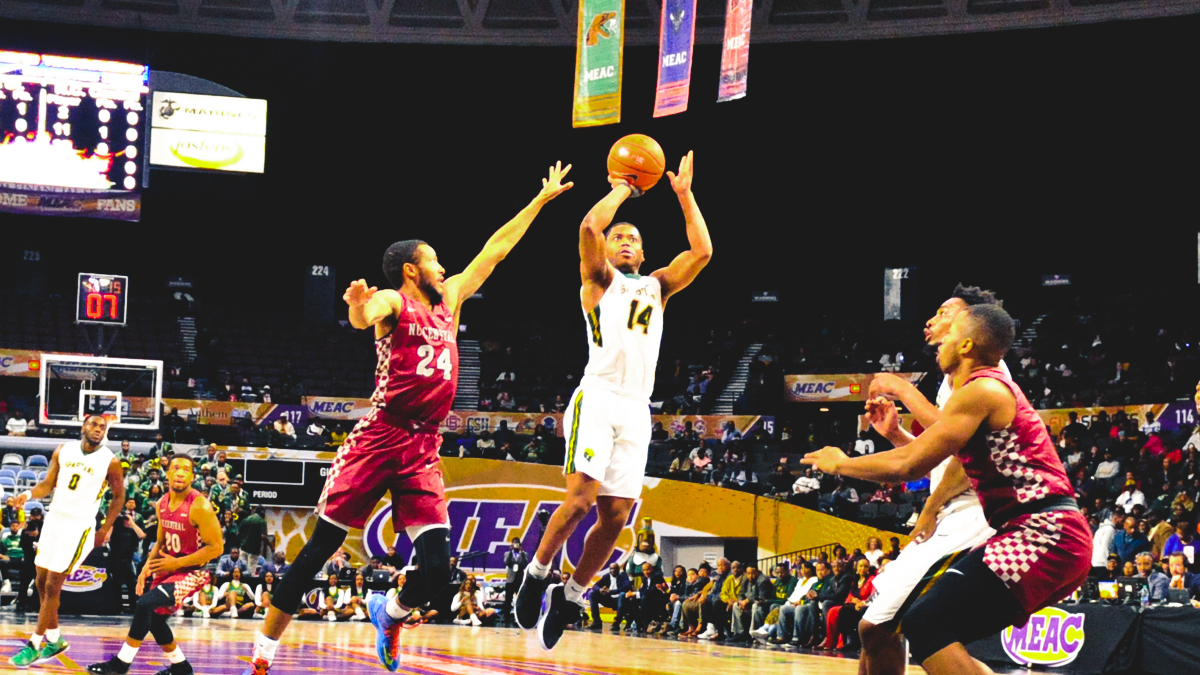 Norfolk State may have to make “difficult choices”

Three schools have decided they will leave the MEAC in 2020. Norfolk State is now assessing its options, including moving down or switching conferences.

Norfolk State University is the de facto home program of the MEAC. As the school closest to the league office, and the home of the conference’s basketball tournament, it has become an anchor.

But instability in the conference and financial hardships have NSU looking at its options.

Notes from a recent Board of Visitors meeting reveal that NSU is closely gauging the MEAC’s sustainability. And it’s also looking at what is best for itself.

Bishop Kim W. Brown provided a report to the BOV on Oct. 16, acknowledging the fact that three schools (North Carolina A&T, Florida A&M and Bethune-Cookman) have announced they are leaving the conference in 2021.

“It will be a challenge for the MEAC to institutionally realign to maintain finances and growth opportunities,” Bishop Brown said via the notes. “The MEAC has been in dialogue with other institutions that might join our conference, but nothing concrete at the moment.”

Brown stated that NSU had three options if the MEAC “crashed today.” Those options include:

Norfolk State has been a member of the MEAC since 1997. Prior to that, it spent more than 30 years in the CIAA before pursuing Division I membership. NSU maintains a historic rivalry with Virginia State University, which remains in the CIAA. Multiple schools are within a few hours drive of the school.

If NSU maintains its Division I/FCS status other conferences are a fit regionally, most notably the Big South and the CAA. Nearby rival Hampton is currently a member of the Big South Conference, and current MEAC program A&T will join in July.

The meeting also revealed an athletics shortfall of $1.8 million for the 2020 fiscal year. The goal, according to the BOV, is to get that number below $1 million. It will have to do this while remaining under the 70 percent threshold for subsidy of athletics set by the Commonwealth of Virginia. The school was slightly above the threshold in its most recent period.

Norfolk State may have to make “difficult choices”