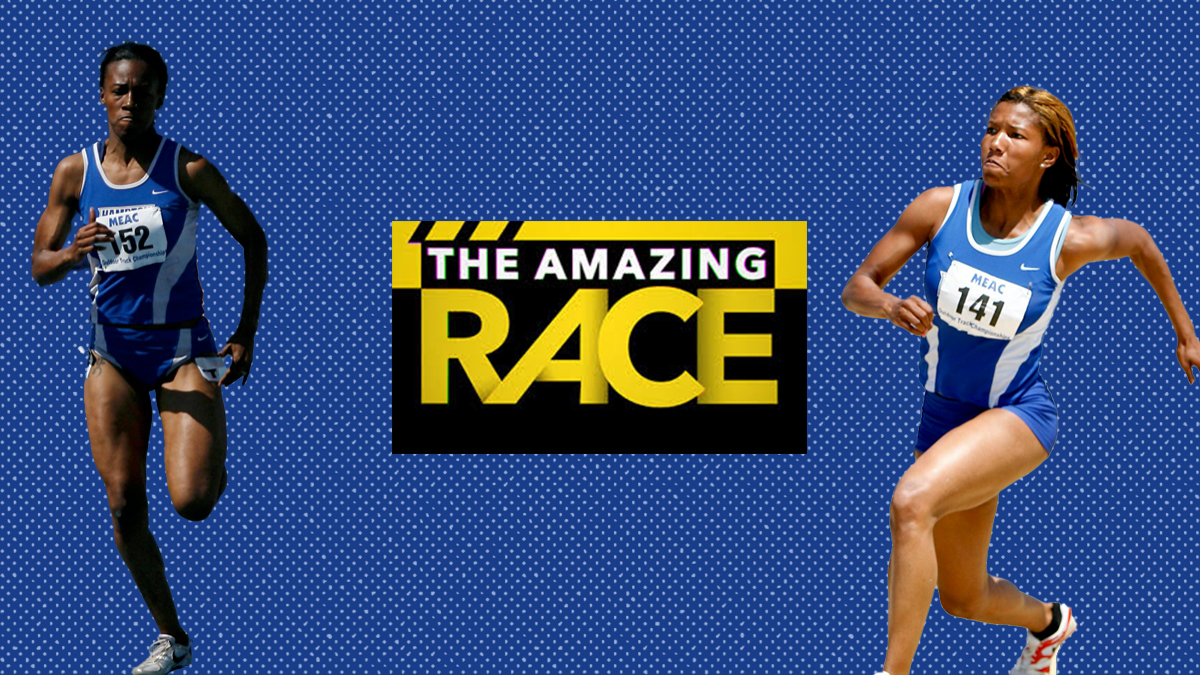 Two Olympians who ran track collegiately at Hampton University to compete on “The Amazing Race.

HAMPTON, VA. (Sept. 23, 2020) — Hampton University’s very own Kellie Wells-Brinkley and LaVonne Idlette will compete this fall on the long running CBS reality show “The Amazing Race,” which pits eleven teams in total battling for the $1 million prize. Both women are Olympic hurdlers. The new season of “The Amazing Race” is scheduled to premiere Oct. 14 on CBS at 9 p.m. EST.

“We are incredibly proud of Kellie Wells-Brinkley and LaVonne Idlette for being selected to compete on The Amazing Race. Both women excelled on track as members of our Lady Pirate Track and Field team. All Hamptonians are confident they will display great character and will continue to uphold THE Standard of Excellence during the entire competition. Hampton Nation is rooting for them,” said Hampton University President, Dr. William R. Harvey.

The teams will start at the Hollywood Bowl in Los Angeles, and travel to their first destination, Trinidad and Tobago. Along the route, teams will travel to France, Germany, Kazakhstan, Brazil, and more. Along the way, the pairs will take part in challenges, including several indigenous-themed competitions.

While most international travel is still shut down, this season of the CBS reality competition was actually filmed well before the coronavirus pandemic arose.

According to quotes from “The Amazing Race” website, both women are looking forward to this adventure with each other as well as accomplishing other goals during this competition.

“I have traveled to so many countries and continents before having children and I definitely have a wanderlust itch that needs to be scratched and I really miss the element of competition,” said Wells-Brinkley. “I’ve found something that combines the two things that I love in a really unconventional way.”

Wells-Brinkley holds three school records. In 2011, Wells-Brinkley won the USA Indoor Nationals in the 60m dash and finished the year ranked No. 4 in the world in the 100m hurdles. She also was a first team All-American by the United States Track & Field and Cross Country Coaches Association in 2006 in the 60 meter hurdles. Wells-Brinkley was inducted into the MEAC Hall of Fame in 2014.