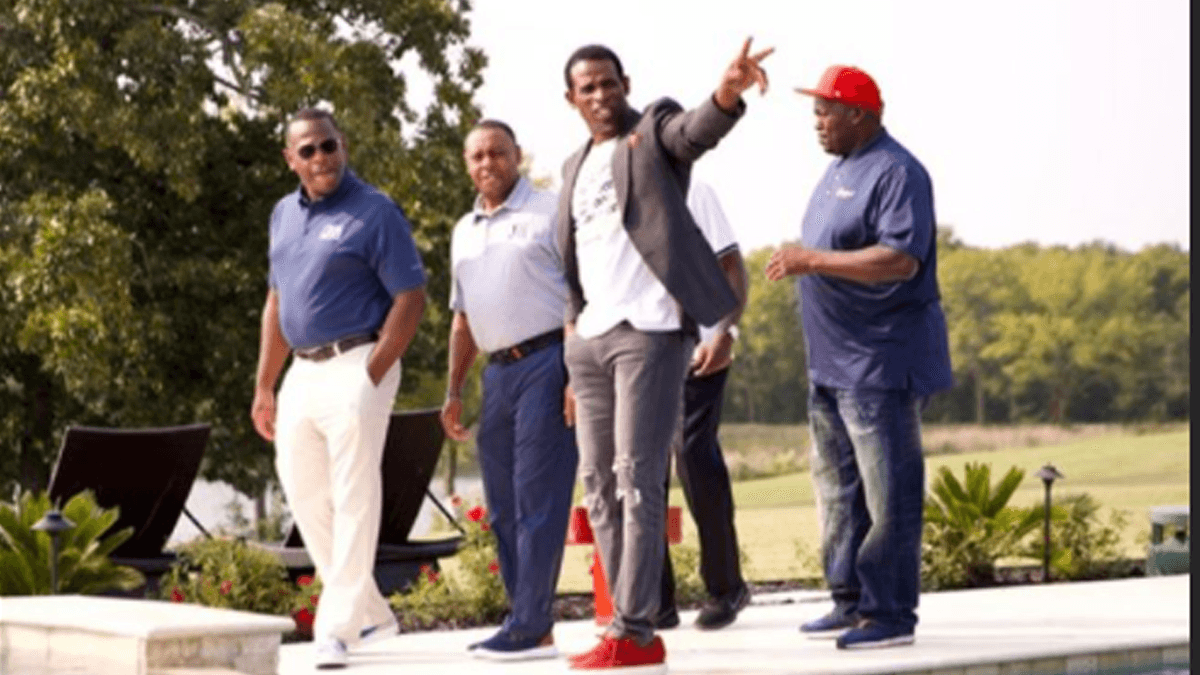 Deion Sanders, who has been reported to be the next head football coach at Jackson State University, posted pictures with Jackson State administrators on Saturday night.

JSU maintains that a decision hasn’t been made on the coaching situation. However, Sanders’ photos can be viewed as a sign that he is the man for the job. Sanders captioned the two photos with the words “I Believe” but other photos on the feed had the same caption.

In the photos, it appears Sanders is walking with Jackson State President Thomas Hudson and athletic director Ashley Robinson. Two other unidentified men are also in one of the two photos. The group of men are walking along a poolside that appears to be at a residence. The location of the palatial spread isn’t confirmed. However, it looks like the type of property that would belong to someone of Sanders’ wealth and status.

Sanders’ close friend Shannon Sharpe, said on “Undisputed” that coaching is a passion for the Hall of Famer and he’s looking forward to being a head coach. He offered those comments on Friday. Sharpe didn’t offer any details about Jackson State having offered the job to Deion Sanders.

However, Sharpe thinks that Sanders could make a huge impact in recruiting for Jackson State.

“These big schools they’ve got hundreds of millions to spend on recruiting, and HBCUs do not have that kind of budget. But to have DEION SANDERs… to have that man come sit on your mom or your grand mom’s couch, or your family members couch and says: “your son should come to Jackson State. I can help your son not only become a better football player, but I can help him become a better person, I can help him become a better man. I can teach him things in life that will always remain with him, regardless of if he goes to the next level or not, ” Sharpe said.