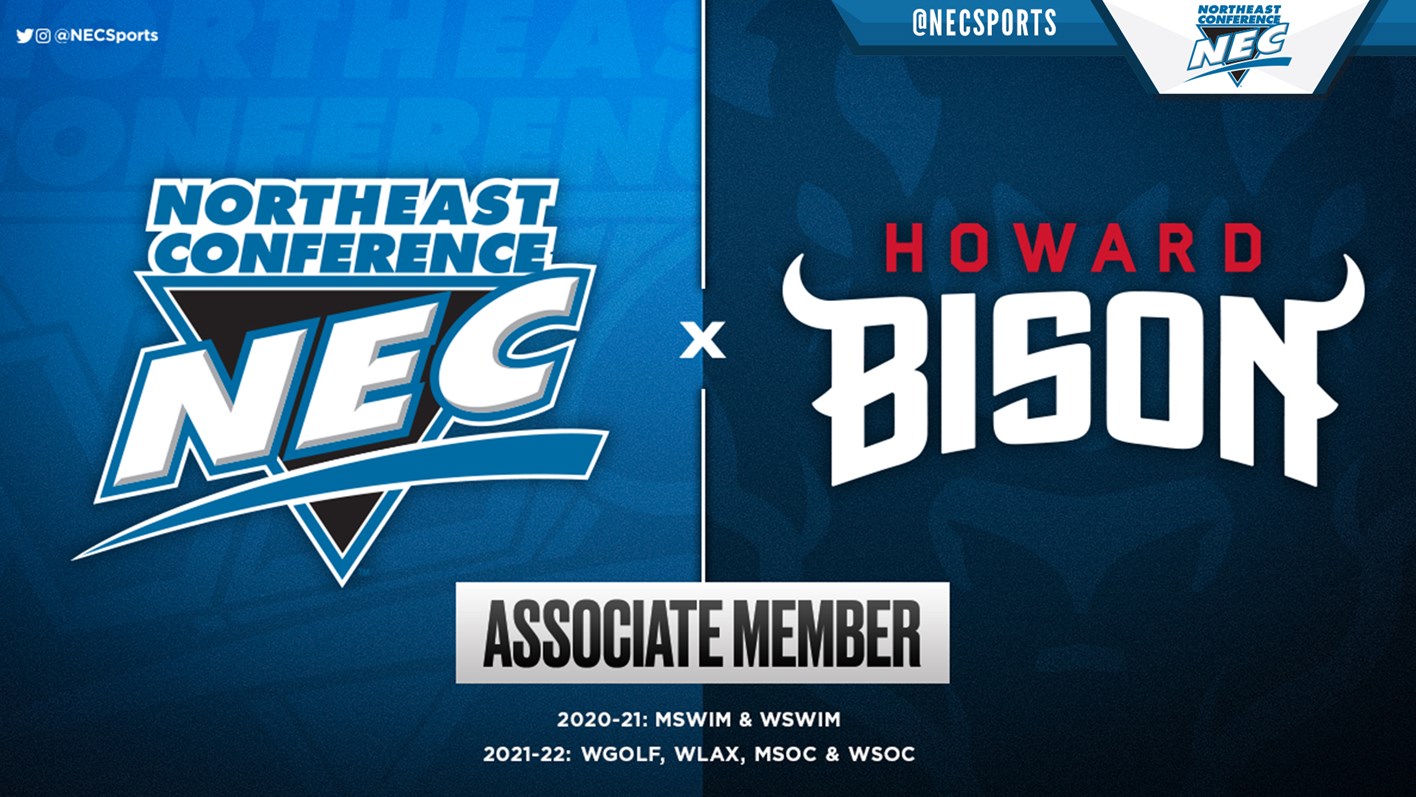 Howard to compete for NEC swimming and diving title

Howard University will be one of five members of the Northeast Conference competing for men’s swimming and diving championships.

SOMERSET, N.J. (September 9, 2020) – The Northeast Conference (NEC) is taking the plunge, announcing men’s swimming & diving as the league’s 24th championship sport, which begins during the 2020-21 campaign. The announcement came Tuesday.

“We are always looking to expand our offerings and provide our student-athletes with a championship experience, so I’m thrilled to add men’s swimming and diving to our growing sport roster,” said NEC Commissioner Noreen Morris. “We’re especially thankful to be joined by Howard University, whose addition helped make this launch possible. I’m looking forward to a festival-like setting alongside some top notch competition this winter when the men join the women in East Meadow, NY for our conference championship meet!”

On Feb. 17-20, 2021, the inaugural championship will take place at the Nassau County Aquatic Center in East Meadow, N.Y. The meet will be held concurrently with the NEC Women’s Swimming & Diving Championships.

Men’s swimming and diving is the first newly sponsored sport added to the NEC roster since men’s lacrosse in 2011. Field hockey was reinstated as a conference sport in 2019 following a seven-year hiatus.

Men’s swimming and diving has held NCAA Division I championship sport status since 1937. Currently, there are 143 NCAA Division I institutions who sponsor the sport. In the absence of automatic team qualifiers, access to the NCAA Swimming & Diving Championships is based on individual qualifying standards.

On July 6, Howard accepted an invitation from the NEC’s Council of Presidents and joined the league as part of a six-sport associate member partnership.

Howard to compete for NEC swimming and diving title