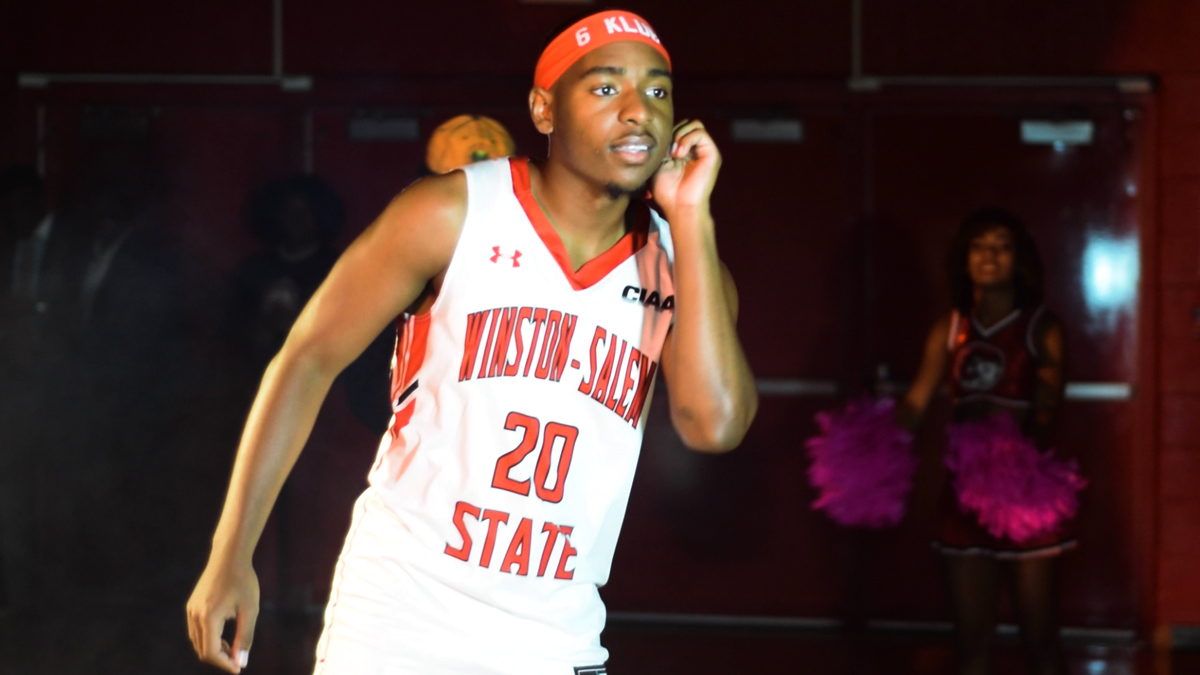 Justin Ross is a scholar and multi-sport athlete at Winston-Salem State. He already has a career in sports waiting for him next year.

WINSTON-SALEM, NC – Winston-Salem State University Scholar and student-athlete Justin Ross received the opportunity of a lifetime while playing golf with his father this summer. Ross, a business administration major, finance minor from Philadelphia, has secured a full-time, post-graduation job with Vanguard, one of the world’s largest investment management companies.

Ross will begin his senior year at Winston-Salem State University (WSSU) in just a few weeks. He’ll have less stress than most seniors as his post-graduate plans are already established. He will be joining Vanguard’s Acceleration into Financial Professional Program next summer.

Ross can attribute this accomplishment to a networking opportunity he seized when he met one of Vanguard’s senior managers on the golf course.

“It was funny how it all worked out,” says Ross. “I play golf a lot. He was playing with his son and I was playing with my dad and that’s how we started talking. I kind of got this job through just networking, putting my name out there.”

Through the Acceleration into Financial Professional Program, Ross will have the opportunity to work in several divisions and get a broad look at the company’s structure. Once he completes the program, he will be able to choose a department to join.

Ross is currently a Chancellor’s Scholar and a member of the Winston-Salem State University Men’s Basketball team as well as the reinstated Rams Men’s Golf Team. During the 2019-20 academic year, he earned the Chancellor’s Cup for having the highest student-athlete GPA. Ross credits his parents for his motivation to succeed. The Rams were also successful on the court as the team won the 2020 Central Intercollegiate Athletic Association (CIAA) Men’s Basketball Championship.

“My greatest inspiration has to be my parents,” says Ross. “My dad has a great work ethic and my mom has always kept me on the right path and gave me great guidance to do the things I’m currently doing. The everyday things you need to know to be successful; I owe to both of my parents.”

Ross, whose father, Monte` Ross, is a 1992 graduate of WSSU, says that Winston-Salem State empowered him and gave him a sense of self.

“WSSU has helped me find my identity,” says Ross. “I attended predominately white schools growing up. So, coming to WSSU and being able to immerse myself in my own culture where I’m in the majority has empowered me.”

While pursuing the Vanguard opportunity, Ross considered the company’s track record for having minorities in leadership positions.

“There are several high-ranking officials of color,” says Ross. “People like Greg Davis, Vanguard’s chief investment officer. They also have African American women in leadership roles. That’s one of the things that drew me to the company.”

Ross advises other students to always put their best foot forward, regardless of the environment they’re in. “You never know who may be watching. That first impression goes a long way,” he says.

“As the saying goes, ‘Sometimes it’s not what you know, but who you know,'” says Ross. “For me, preparation met opportunity and I’m just trying to take full advantage of it.”