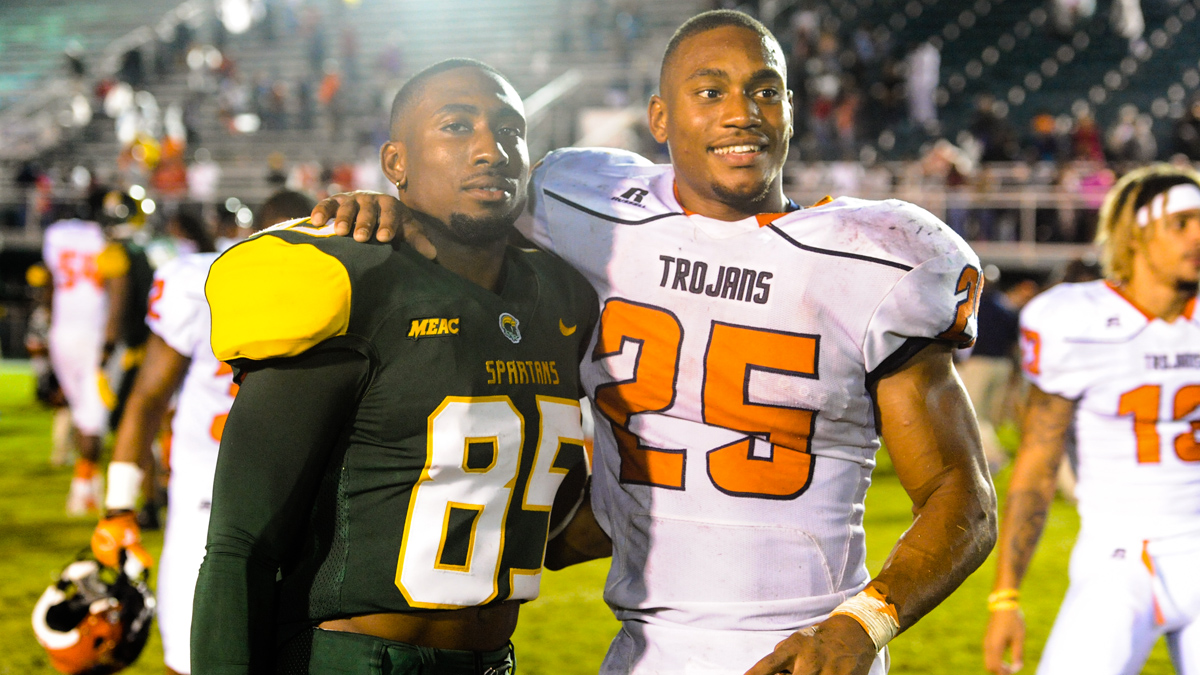 Last week’s postponement decision by the CIAA and SIAC, the two oldest HBCU conferences, has sent three squads from the MEAC and SWAC searching for new opponents.

The CIAA’s decision to postpone fall sports means that Norfolk State won’t get a chance to square off against longtime rival Virginia State University. The two schools were set to meet at Dick Price Stadium on Sept. 5 in a game known as “The Labor Day Classic.”

The SIAC’s postponement has impacted both schools in the MEAC and SWAC. Neither conference has announced plans to cancel or postpone fall sports as of yet.

Alabama State and Tuskegee were set to participate in their state’s version of a “Labor Day Classic,” before the SIAC pulled the plug on Tuskegee. There was thought to be a chance TU might field a team but that won’t happen.

FAMU didn’t lose a yearly in-state rival/solid gate partner, but it did miss out on a potential payday. Albany State was scheduled to meet FAMU in Miami for the reboot of the historic Orange Blossom Classic on Sept. 6.

“Obviously, we’re disappointed. We’re going to evaluate what’s in the best interest of FAMU for the next step,” FAMU AD Kortne Gosha said on Friday. “We’d like to see what our options are. We’ll make an informed decision over the next couple of weeks.”