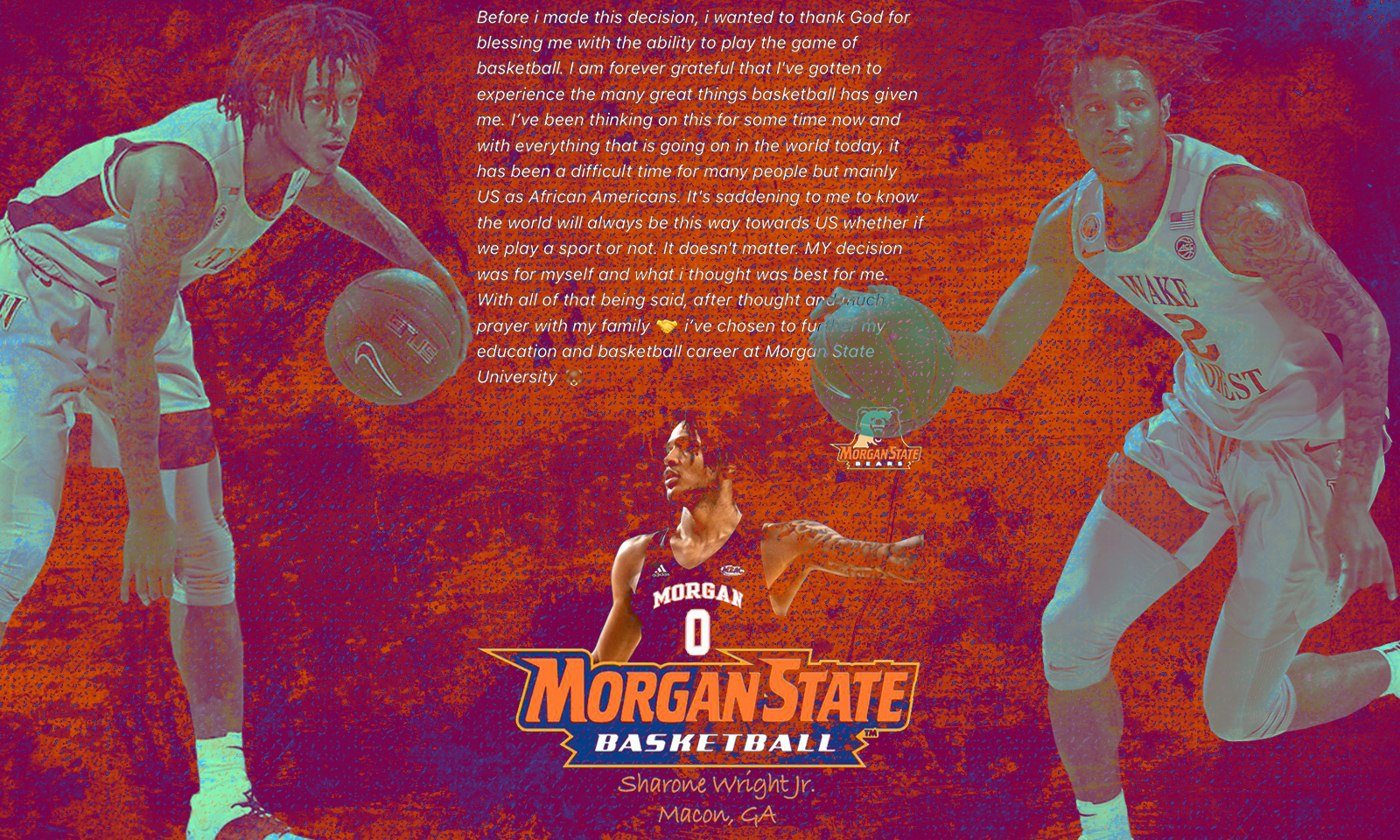 While the HBCU sports world was buzzing over the big commitment in Washington, DC., one of Baltimore’s HBCU squads seized a pretty big grab as well. Former Wake Forest guard Sharon Wright Jr. announced on Friday that he will be playing his college ball at Morgan State.

“I’ve been thinking about this some time now and it has been a difficult time for many people, but mainly us as African-Americans,” Wright tweeted. “It’s saddening to me to know the world will always be this way towards us whether we play a sport or not. It doesn’t matter.”

Wright averaged just 2.2 points per game last season, but averaged 7.1 points per game as a freshman in 21 starts. He will likely see more playing time for MSU under head coach Kevin Broadus, a former Maryland assistant.

It’s been a stellar offseason so far for MEAC basketball squads. Norfolk State signed a top 100-level player last month, and Howard secured a commitment from five-star big man Makur Maker. Morgan State landing Wright isn’t as rare as what Howard and Norfolk State pulled off, but adding a talented, big guard will only help Broadus’ program get better as it moves forward.