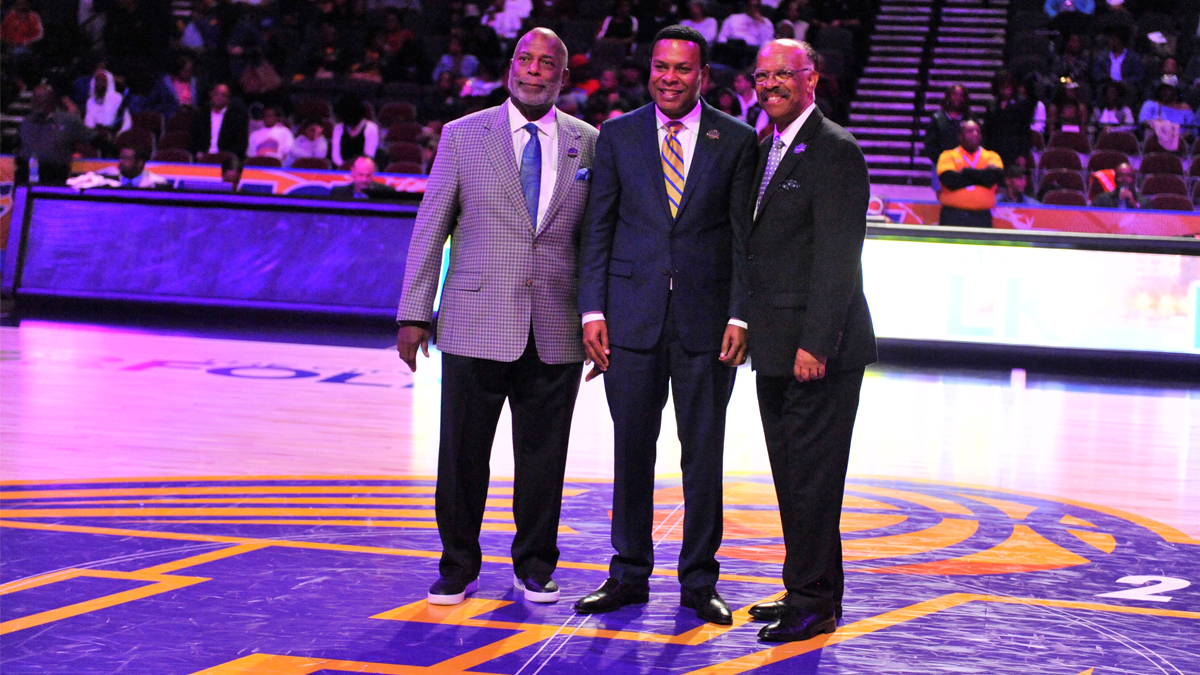 “We still have a lot of things to accomplish at the Division II level,” Clyde Doughty, Jr. said. “So going up and trying to raise fees on our students to play at a higher level will not benefit us. We’re very happy in the CIAA and our president is too.”

Tuskegee, Clark Atlanta and other HBCUs have been floated as possible members to the MEAC, though both of those schools would now be beyond the conference’s Delaware to South Carolina footprint.

Simply put, there are no quick fixes for the MEAC’s problems. The impending exits of Bethune-Cookman and FAMU have helped shrink the conference’s problematic footprint, but along with the preceding losses, it is too small for divisional play in football and other sports meaning teams will still be in for several long bus rides per year. And it is one football program away from potentially losing its Division I status in college football’s money maker.

The MEAC has been skating on thin ice since it was formed in 1970, and it has found a way to stay above water. But when you add in the loss of key programs, the strain on budgets and buses and the courting of its programs to the volatile nature of the COVID-19 pandemic and the economic havoc it will ultimately wreak on HBCUs, the ice gets even thinner as the conference attempts to keep itself from falling below the surface.