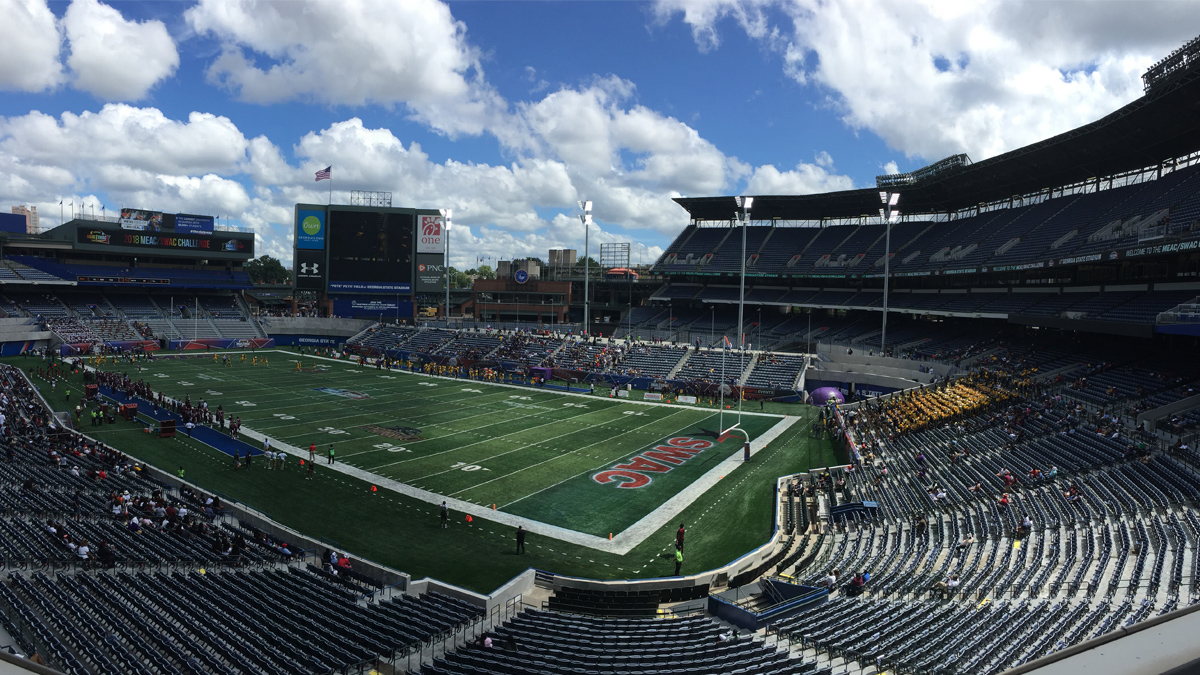 The 2020 MEAC/SWAC Challenge is still on.

There is at least one early-season HBCU football game is still planning to go on despite the reality of COVID-19.

“No one knows how things are going to go going forward, but we’re hosting football,” Grant said. “We’re making the call. As it stands today, we’re hosting. Unless circumstances change, and no one know what that would be, but we’re playing.”

The MEAC/SWAC Challenge game is run by ESPN events featuring one team from each of the two Division I HBCU conferences. It’s the start-of-season bookend to the Celebration Bowl, also owned and hosted by the television network.

Everyone in the building will have to wear masks. And the capacity for Georgia State Stadium — listed at 25,000 — will be reduced by 50 percent as promoters encourage a six-foot distance between fans.

Southern, Jackson State and Tennessee State announced last week that several early-season non-conference matchups and classics had been canceled due to COVID-19. Those games are not supported by ESPN and rely heavily on attendance for revenue.

736
The Latest in HBCU Sports and Culture