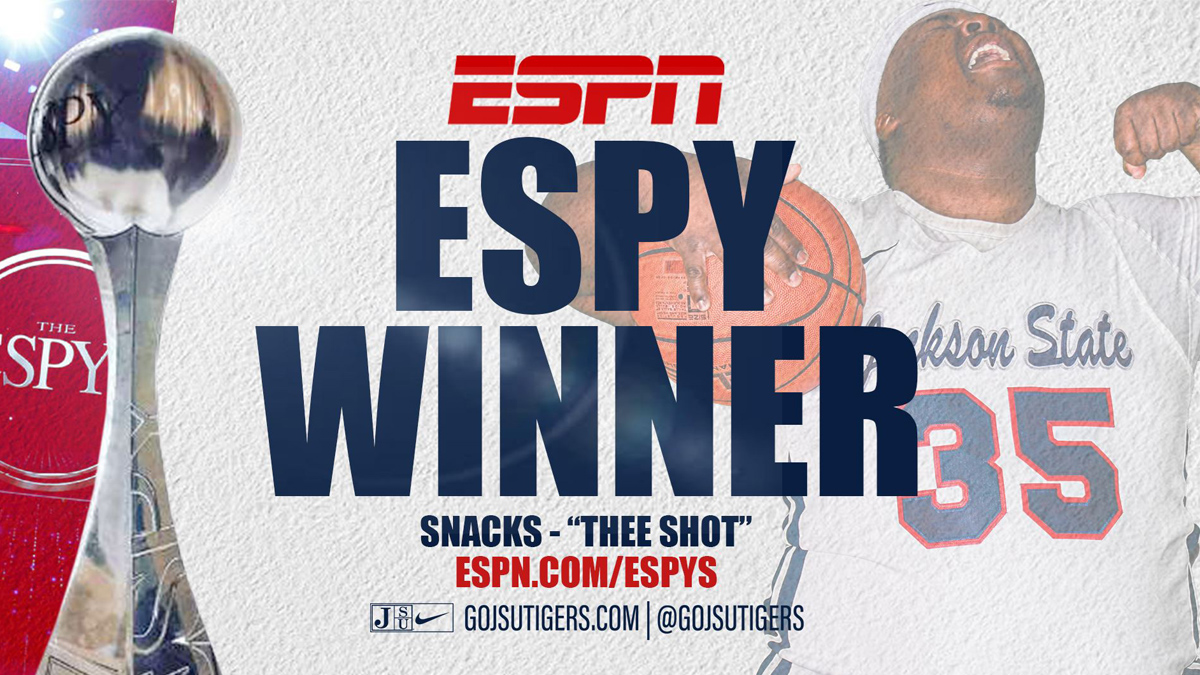 Jackson State, the SWAC, and HBCUs have an ESPY award under their belt.

Lee hit a deep 3-pointer in the final minute of a blowout win over Arkansas-Pine Bluff on March 2. Video of the shot (dubbed “Thee Shot”) went viral, and turned the senior into a national sensation.

Lee faced some tough competition just to get to New York, having to knock off the likes of Simone Biles. But clearly, he had the fan support to do it.

“Everyone who doubted me is asking for forgiveness. If you ain’t been a part of it, at least you got to witness,” he wrote.

The award is the first ever ESPY in the history of Jackson State University. The exposure continues to be a boon for the Southwestern Athletic Conference and JSU as Lee continues to make appearances on international outlets.

718
The Latest in HBCU Sports and Culture