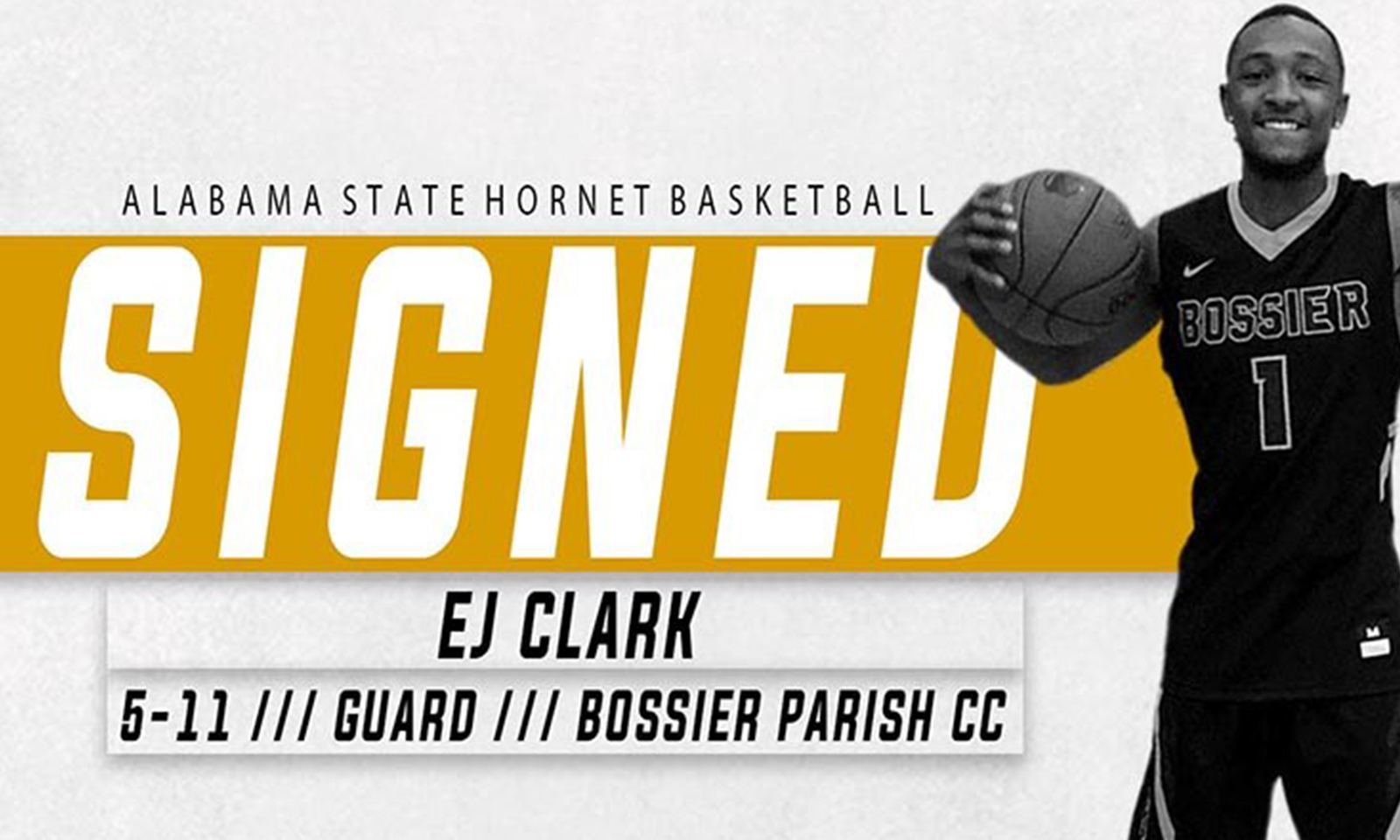 “We are excited about the addition of E.J. to the Alabama State family,” Williams said. “Not only does he come from a winning program, he is a tough, smart guard who has the ability to score at all three levels while consistently defending and putting the pressure on the ball. He is the type of player that will not only excel on the court, but in the classroom and in the community.”

He scored in double figures 23 times last season, including 20-plus points seven times. Clark poured in a season-high 28 points against Lamar State College-Port Arthur, while also connecting on all 13 of his free throw attempts. He also dished out five or more assists seven times, including a season-high nine against Centenary.

Clark spent his prep career at McKinney High School in Dallas (Texas) where he was an All-State and All-Region player. He was also named the District MVP and Player of the Year for McKinney during his career, where he finished his career as the Texas UIL and Dallas (DFW) scoring leader. Clark finished his career with 2,395 points.