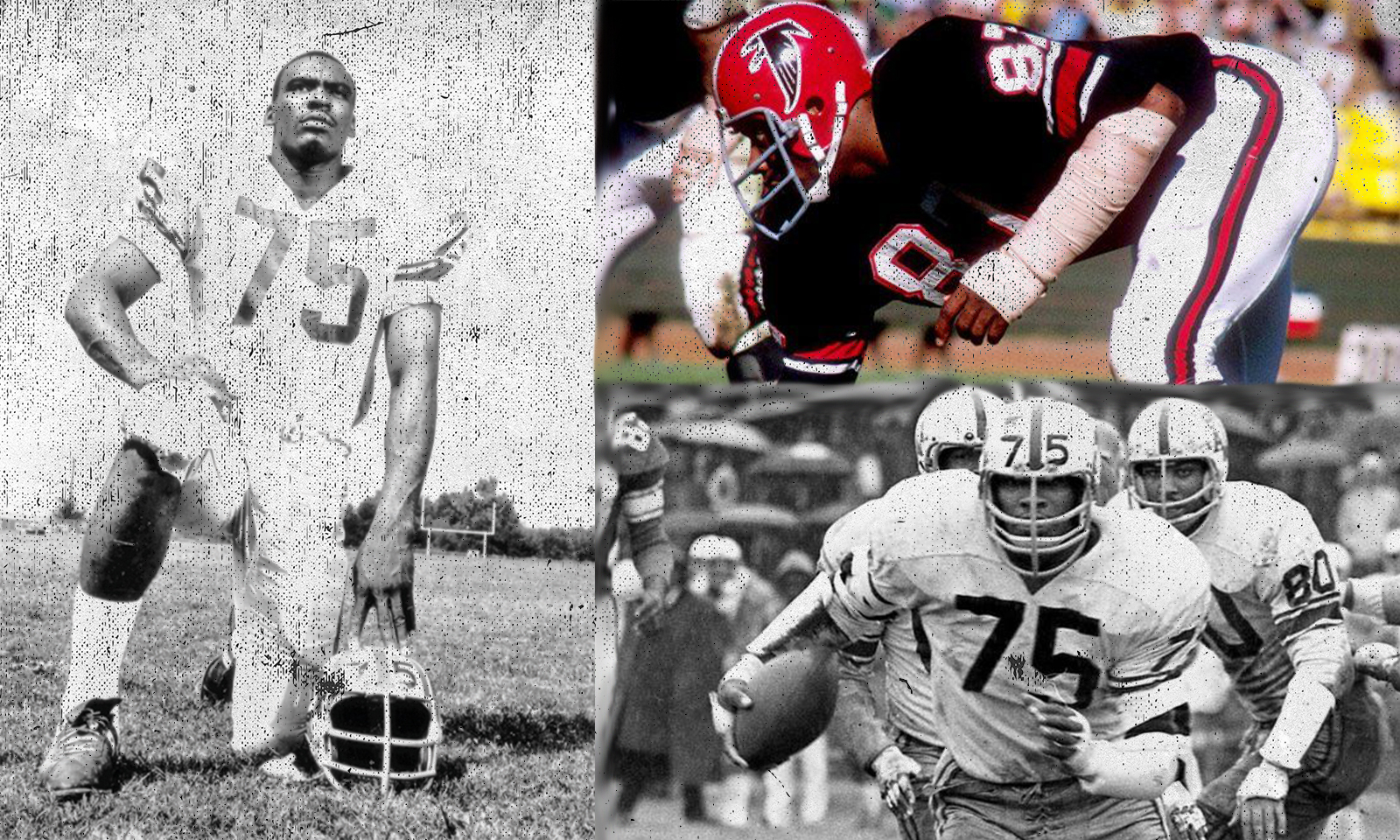 If you see 75 coming at you… you better run and hide.

Claude Humphrey was an All-American defensive tackle at TSU who went on to be one of the greatest passes rushers in the National Football League. Humphrey played for the Tigers from 1964 to 1967. He was initially an Offensive Tackle, but was switched to Defensive End in his freshman year, where he became a three-time All-American.

He was inducted into the Pro Football Hall of Fame in 2014.

During his senior season at TSU, Humphrey played in four college all star games: the Senior Bowl, the Blue-Gray Game, the Coaches All-American Game and the College All-Star game.

Humphrey ended his collegiate career as the all-time leader in sacks at TSU with 39 and currently ranks fifth.

He was selected in the first round of the 1968 NFL Draft going third overall to the Atlanta Falcons. During his rookie season in Atlanta, he was name AP Defensive Rookie of the Year.

While with Atlanta, he was named All-NFL or All-Pro eight times and was selected to the Pro Bowl on six different occasions.

During the 1980 season with the Eagles, Humphrey totaled a team-high 14.5 sacks on the way to an NFC Championship and an appearance in Super Bowl XV.

Even though the sack didn’t become an official NFL stat until after he retired, Humphrey is still credited with 122 career sacks, including holding the all-time career sacks mark for the Falcons with 94.5