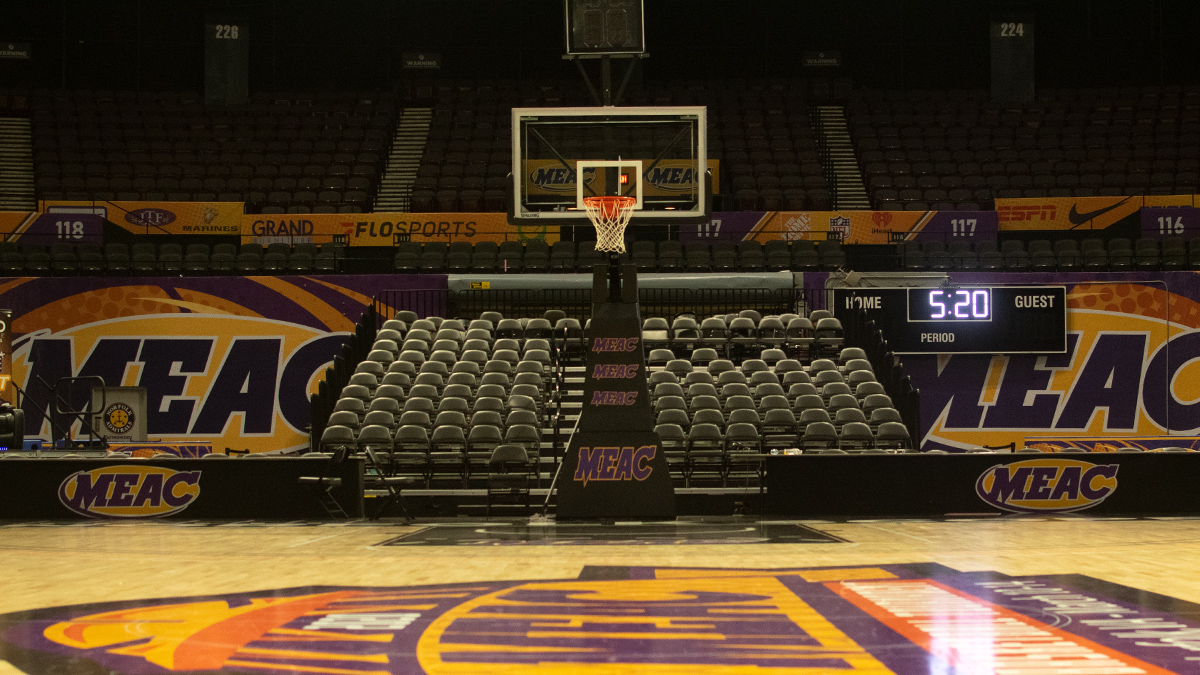 MEAC trims tournaments to cut down on travel and lodging costs

The MEAC is looking to cut travel and lodging costs for its remaining members.

The MEAC basketball tournament is getting a makeover.

First-round games will now be held on campus sites, with games being hosted by the higher seeds. Quarterfinal games through the championship game will be played in Norfolk, Va. at the Scope Arena.

The conference announced the move at the conclusion of its annual spring meetings on Friday. It is a part of a larger goal to make travel less expensive for member institutions and the conference office.

Baseball, bowling, softball, tennis and volleyball will each see their championship fields decreased to four teams, and each championship will be shortened by a day (reducing a day of travel and lodging for participating institutions).

In addition, the men’s golf championship will go from a three-day event to two days, with 36 holes being played on the first day. The championship field will remain the same.

Indoor and outdoor track & field will each have their respective schedules condensed from three days to two, though the fields will remain the same.

The meetings come on the heels of Florida A&M’s announcement that it will be leaving the conference following the 2020-2021 season.

MEAC Commissioner Dr. Dennis Thomas said he did not have a comment at this time on FAMU’s move.

MEAC trims tournaments to cut down on travel and lodging costs