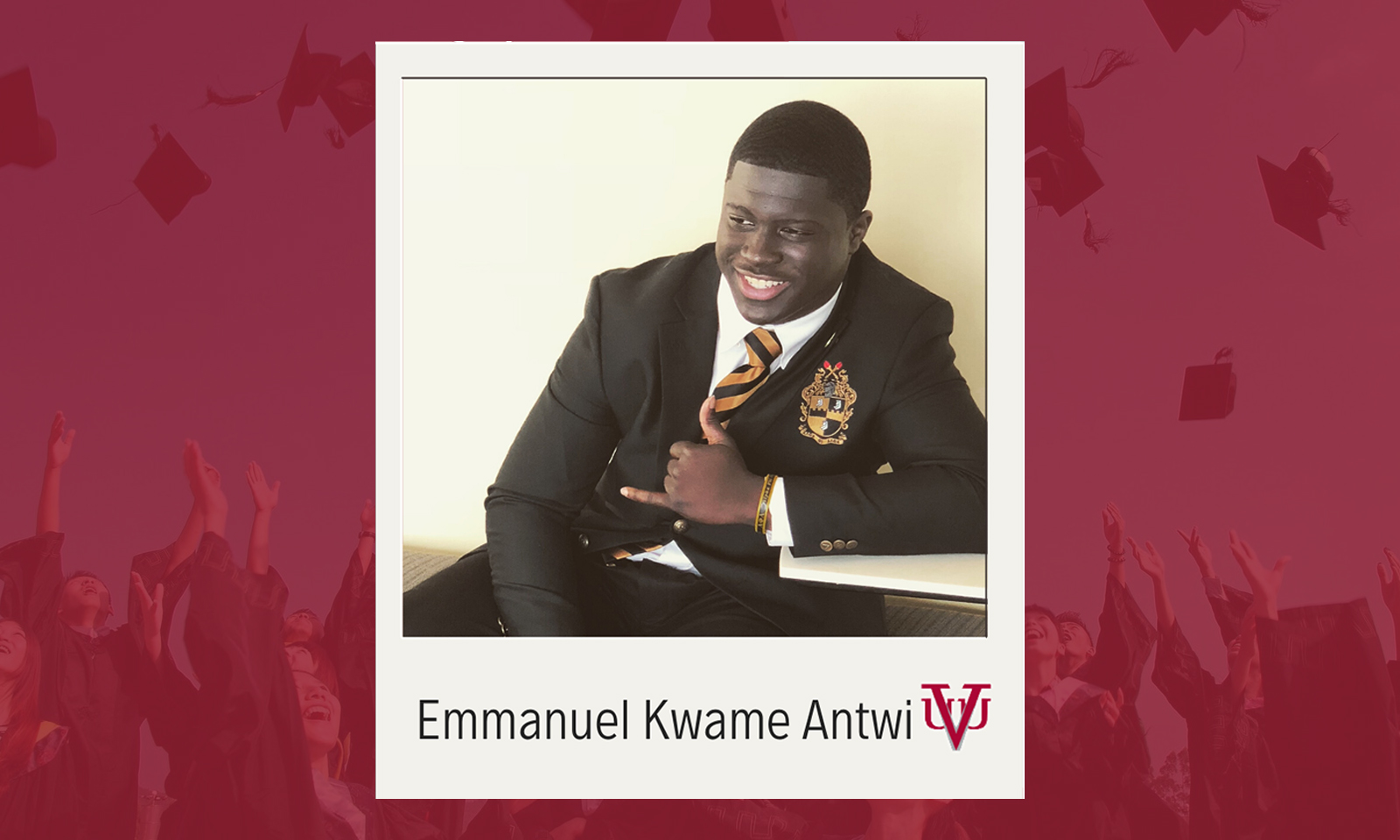 Emmanuel Antwi did his thing on the field and the classroom, next stop… Law Achool.

Emmanuel Antwi has completed his Bachelors of Arts with a concentration in History & Political Science with a perfect 4.0 grade point average (GPA). The co-valedictorian from Woodbridge, VA plans to obtain his JD in Contractual Law with intentions on attending the Howard University School of Law.

Antwi is inspired by the likes of individuals that have made a lasting impact on the lives and rights of African Americans such as Thurgood Marshall, Roland Burris, and VUU alum, Honorable L. Douglas Wilder.

“Emmanuel Antwi is the type of student that comes along once in a lifetime,” said Virginia Union University Athletic Director Felicia Johnson.  “He is a true leader in the classroom, on the field, and with organizations such as the SAAC (Student Athlete Advisory Committee).  We are proud to say he is a Student-Athlete and has made a big difference on our campus.  Congratulations, Emmanuel, and we wish you the best in all future endeavors, we are so proud of you!”

During his time at Virginia Union, Antwi is most known as a standout Linebacker/Defensive End for the VUU Football program. Off the field, he split his time with a number extracurricular activities.

“Emmanuel is a model student-athlete,” said VUU Head Football Coach Dr. Alvin Parker.  “The distinction of being named valedictorian is an accomplishment very few have achieved. This is even more impressive with him having the rigors of athletics being added to his plate. He has been a pleasure to coach and has been an awesome teammate.  I guarantee Emmanuel will go far in life because he has what it takes to be successful.”

“There are so many memories that are special to me since I first stepped foot on campus as a freshman,” said Antwi. “I’ve gained lifelong friends, granted countless networking opportunities, and acquired mentors whose lessons I will carry for the rest of my life.”

“My family, has been my biggest support system with my oldest sister Aileen and my father at the forefront. Making sure I stayed motivated, prepared, and spiritually grounded. They continuously instilled in me that time management, effort, self-discipline, and God would be the root of all my success. To my co-valedictorian Kyra Spaights, it is an honor to share this recognition and best of luck on all your future endeavors.” Antwi said.

Prior to attending Law School, Antwi has decided to take a gap year to better prepare himself for law school and focus on other endeavors that being a full time student-athlete prevented. In that time he hopes to get engaged to his college sweetheart, while continuing to build his professional network.