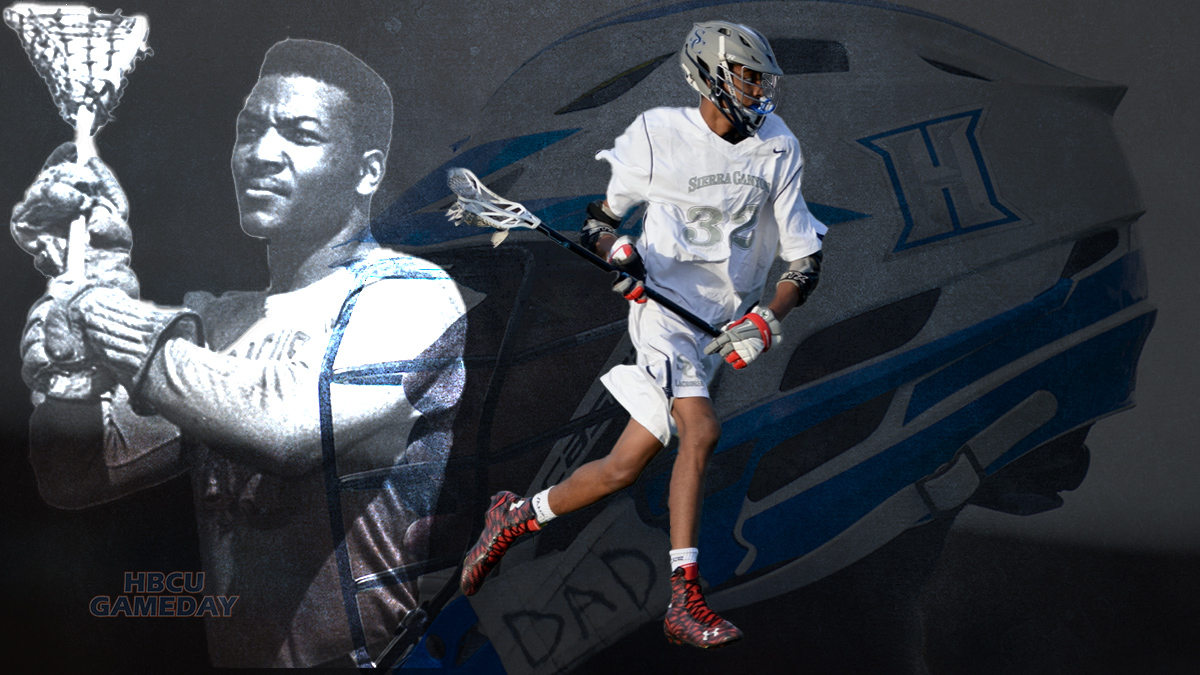 The son of one of the greatest football players in NFL history is coming to an HBCU, but not to play football.

“I really liked the school as a whole, and wanted to play competitive lacrosse with kids that look like me and make some history,” Brown told Lacrosse Bucket.

The younger Brown was a four-year starter, helping his team to three consecutive Gold Coast League titles as a midfielder. He’s 6’4, 180 pounds and is the 15th addition to Hampton’s 2020 class.”

“Aris is the most noteworthy recruit in HBCU lacrosse history,” said HBCU Gameday contributor Brian Simpkins. “His two-way ability made him a prized recruit.”

The NFL legend was a lacrosse star himself in the 1950s at Syracuse University, but he eventually chose football and went on a record-setting career with the Cleveland Browns.

Its been 55 years since the elder Brown played his last NFL game, however, he’s been a guiding light to his athletic career.

“My dad has influenced my athletic career by giving me things to work on when he watches me play,” Brown said. “No matter how well I play, there’s always something that he thinks I can improve on. I’m very grateful for it though, and how it’s helped me throughout high school.”

Hampton University is currently the only Division I HBCU with a lacrosse program. The program was launched in 2016.