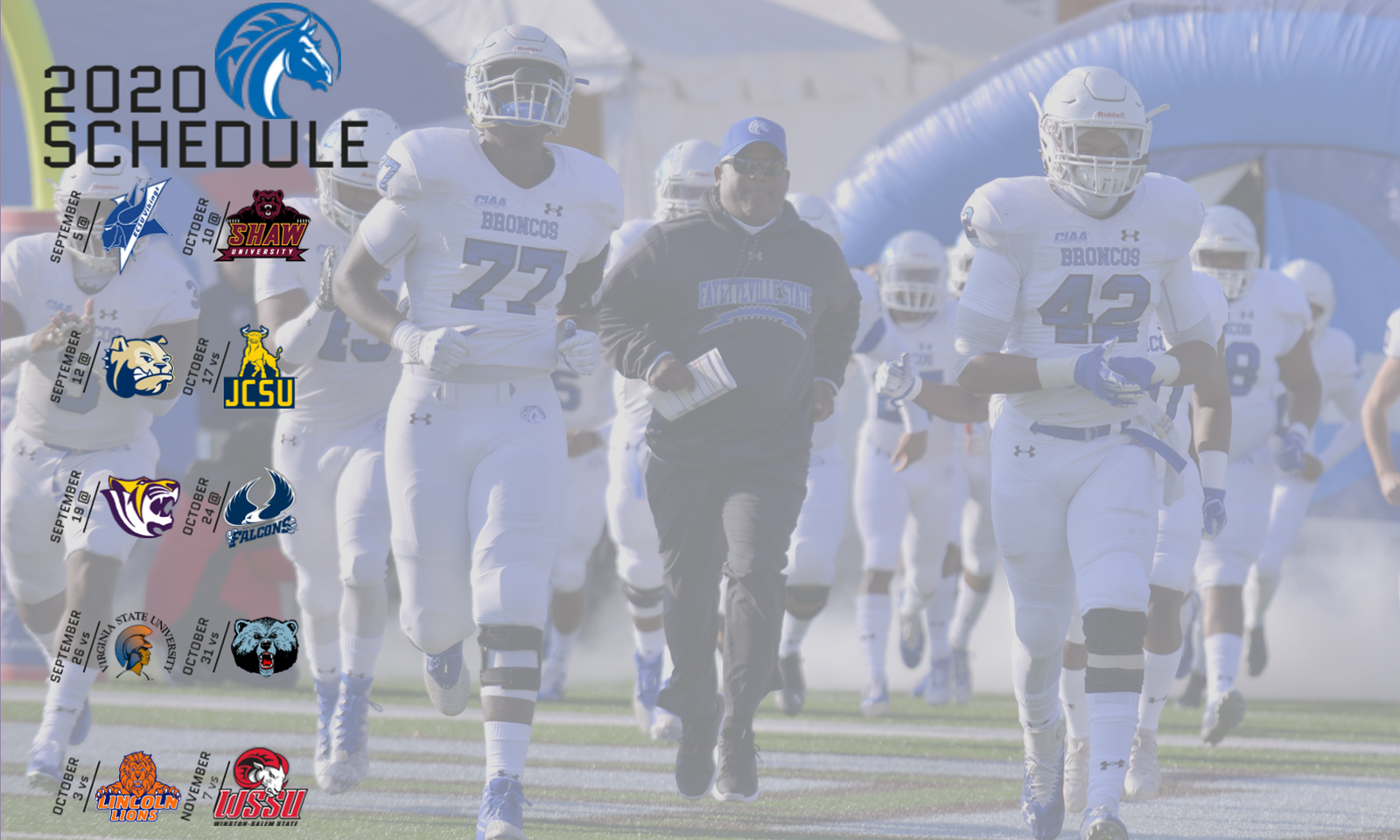 The Broncos road back to Salem is now clear.

The Broncos’ road to an eighth overall appearance [since 2002] in the championship game will start on the road against the Elizabeth City State Vikings on September 5th and remain on the trails for the next two weekends with nonconference tilts at Wingate (Sept. 12) in Wingate, NC and at Benedict (Sept. 19) in Columbia, SC.

“Playing on the road is always tough,” said Head Coach Richard Hayes. “Opening the season with three straight road games will be a good test for us and prepare us for conference play.”

The Bronco home-opener is slated for September 26th with a 6 p.m. kickoff against the Trojans of Virginia State in the Luther “Nick” Jeralds Stadium. FSU will remain at home the following weekend (Oct. 3) with another 6 p.m. start versus the Lions of Lincoln (Pa.).

Fayetteville State will begin defending its 2019 CIAA Southern Division crown on the road at the George Williams Athletic Complex [on the campus of Saint Augustine’s] on October 10th against the Shaw Bears with a 1 p.m. start.

The Johnson C. Smith Golden Bulls will make its way to the L.N. Jeralds Stadium on October 17th before the Broncos make a second trip to the same complex in Raleigh, NC to take on Saint Augustine’s on the Falcons’ Oct. 24th Homecoming. Both games are slated for 1 p.m.

There will be treats for all kids, alumni, and fans on Halloween (Oct. 31) with Fayetteville State hosting its 2 p.m. Homecoming game against the Livingstone Blue Bears.

The regular season finale for FSU will wrap up on Saturday, November 7th with a 1 p.m. visit from the Rams of Winston-Salem State.

Fayetteville State will look to even its 3-4 championship record with Head Coach Richard Hayes’ fourth appearance in his fifth season at the helm.