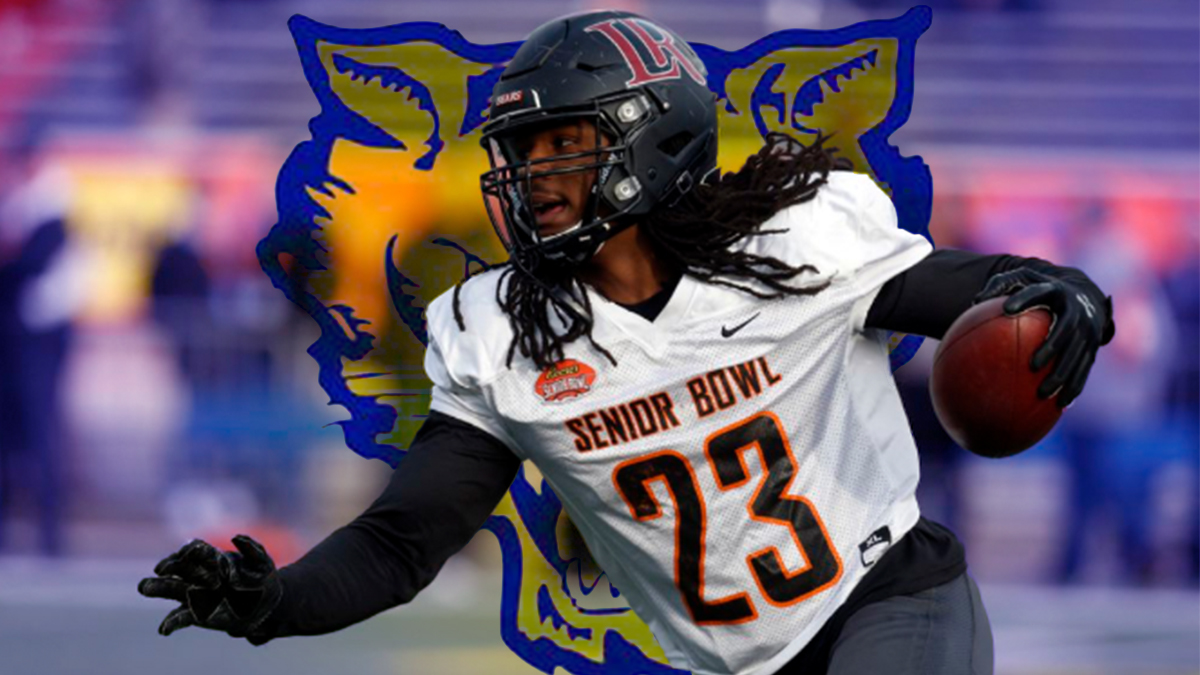 Kyle Duggar, the top non-FBS pick of the NFL Draft, is the son of an HBCU hoops legend.

The first non-FBS player taken in the 2020 NFL Draft didn’t play at an HBCU, but he did come from an HBCU product.

Kyle Duggar was selected in the second round, 37th overall, by the New England Patriots on Friday night. Duggar played his college ball at Lenoir-Rhyne College in Hickory, NC.

Duggar’s mother, Kim Oates Duggar, was a force on the basketball coach for Fort Valley State in the late 1980s. She didn’t just play, she PLAYED, averaging 18.8 ppg and 13.2 rebounds per game, including a NCAA-leading 15.1 rebounds per game as a senior.

“Coach (Lonnie) Bartley can tell you that I worked year round on my basketball skills. Regardless of the number of accolades, I never saw a need to let my guard down,” Kim Duggar said. “There was always a reason to get better. Some would argue that I was a perfectionist and it was that as good was never enough. I always wanted to be great and Kyle is the same way. He does not except good as Kyle wants to be great!”

Kyle Duggar was great for Lenoir-Rhyne, winning the Cliff Harris Award as the best D2 defensive player. He recorded 10 interceptions, six forced fumbles and six fumble recoveries during his career as well as six punt return TDs. Now he’s headed to arguably the most decorated pro football franchise of its time.

“I cannot express the way I felt, as a parent, about the number of times I wondered if practicing many hours, sometimes in the dark, would pay off.  Could people really understand the magnitude of this young man’s work ethic? So, we are very grateful and can’t wait to see what is in store for Kyle’s future,” his mother said.

And now, so are a lot of intrigued New England Patriots fans.